Emily Blythe is the owner of a tabby stray cat which she found in terrible condition. The poor cat was malnourished and literally hanging by a thread, with even the vet not being optimistic about his outlook. However, the big fighter beat all odds and eventually recovered. The vet also told Emily something she didn’t expect – Runt (the cat), was 14 years old!

Instead of leaving Runt in the shelter, Emily volunteered to become his foster mom. As soon as she brought him to her home, Runt settled in nicely. He doesn’t have a problem with the other pets at home – he loves playing with the kittens and dogs. Last April, Emily brought in two tiny kittens at home named Reece and Dolly. Runt took both under his wing and they bonded in just a short time.

Now, every time Emily brings a kitten at home, Runt becomes its new dad. He takes care of the kitties and watches over them as if it’s his life calling. In Emily’s home, Runt lives with a number of cats including Petunia who had a pretty rough life. Petunia was shot in the face but managed to survive, turning into a beautiful cat.

Here’s a gallery of Runt and Emily’s other pets: 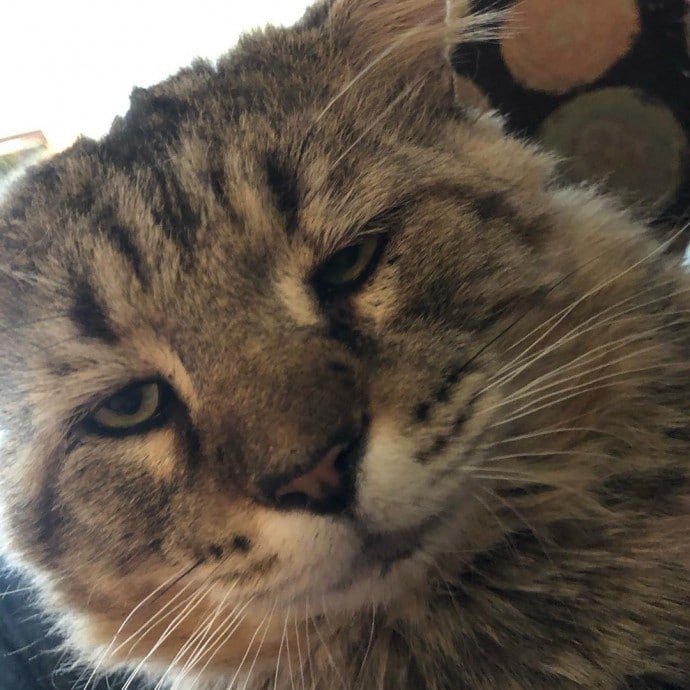 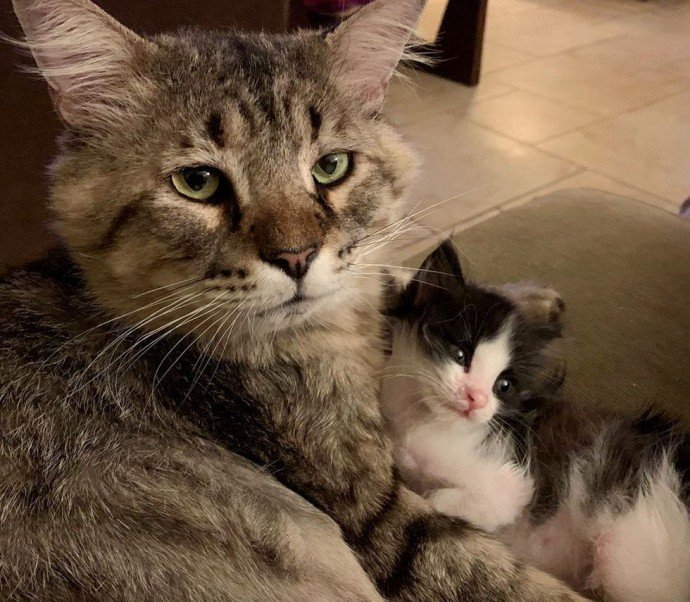 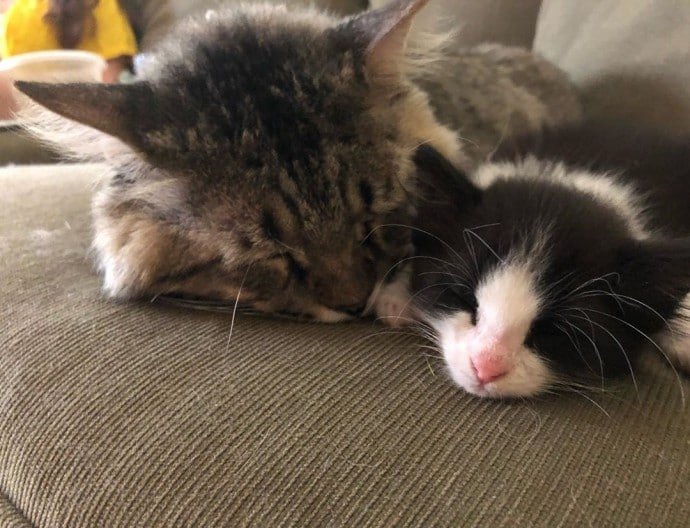 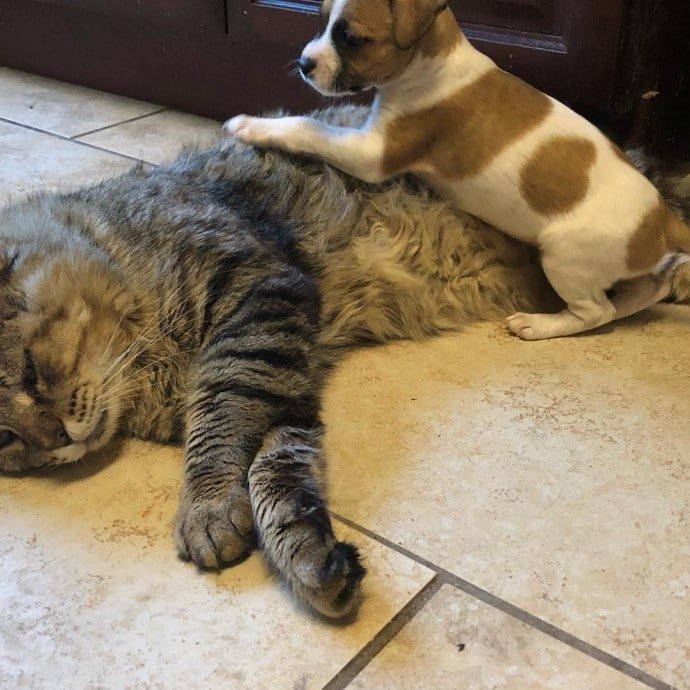 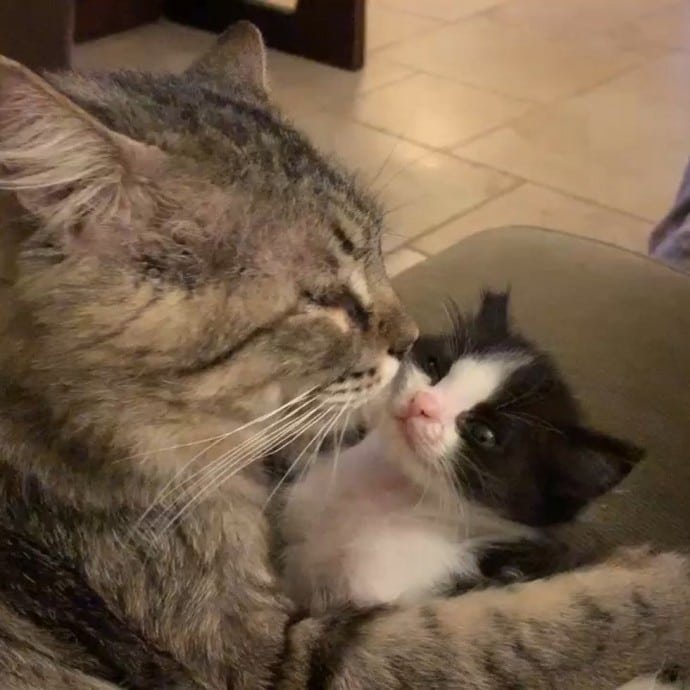 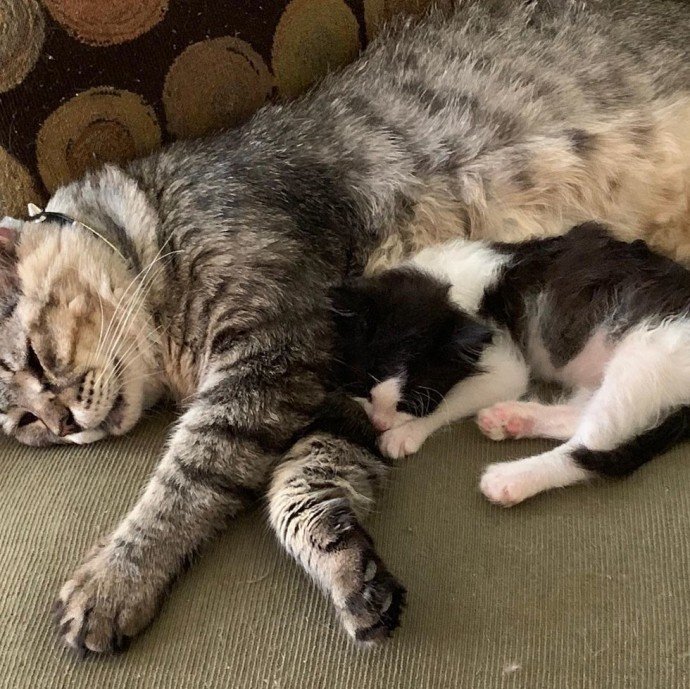 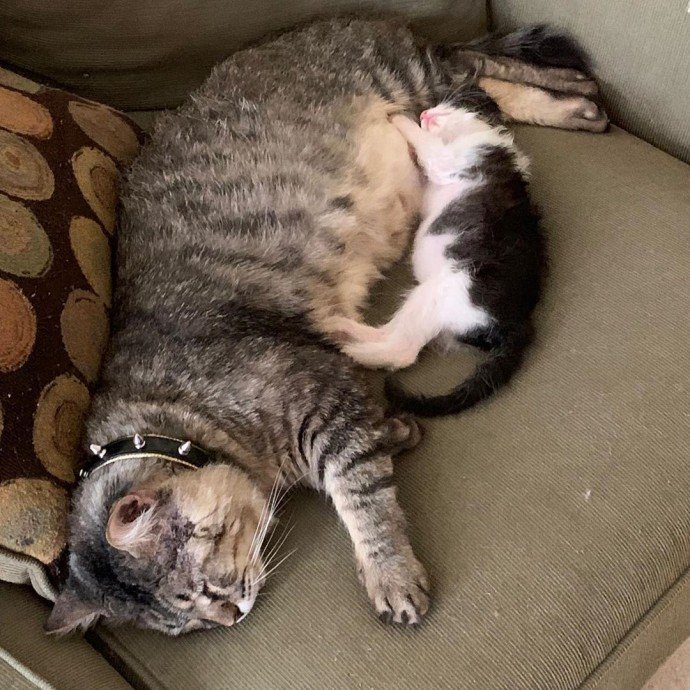 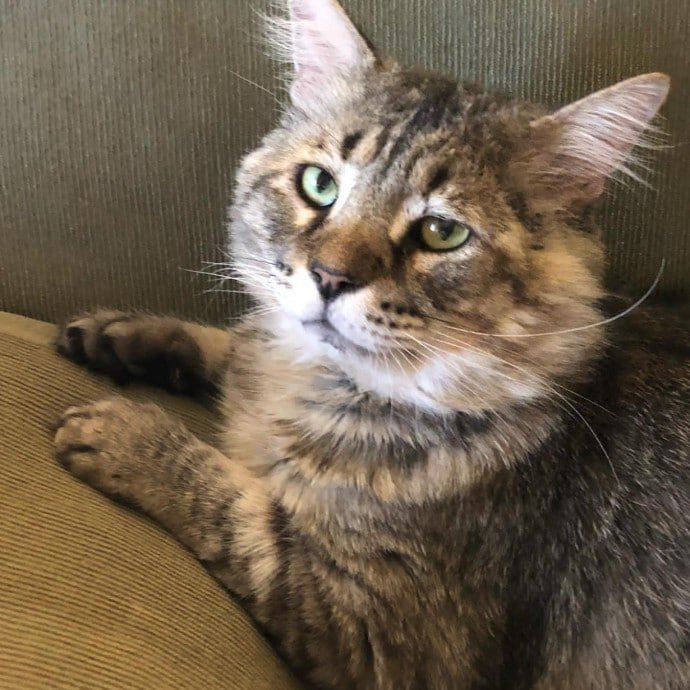 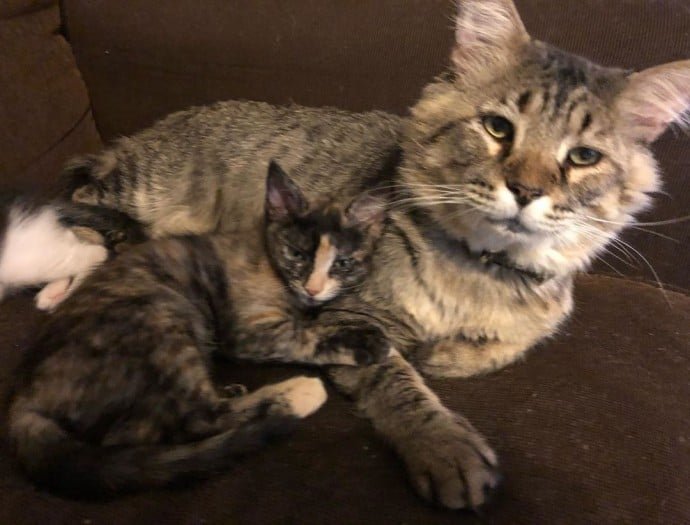