This is the story of Kitty!

A young woman rescued a tiny abandoned kitten out of pouring rain. The little wee one was very frightened and didn’t want to be near her rescuer until she experienced what it was like to be loved for the first time. 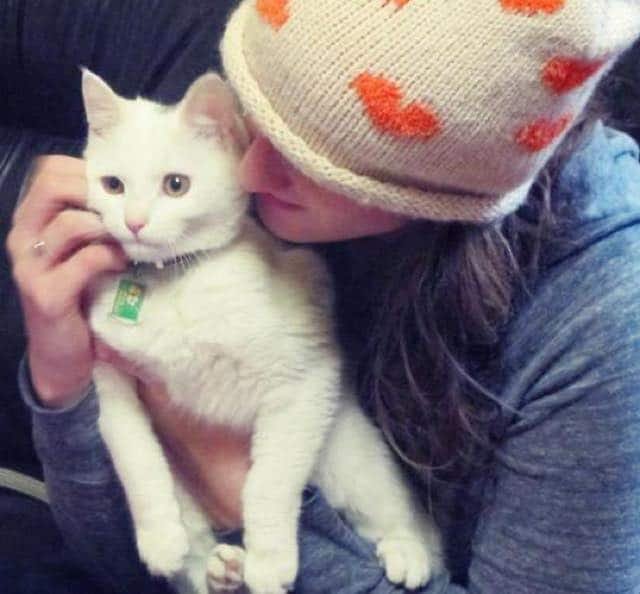 “IN 2012 I WAS SITTING IN A COFFEE SHOP IN KOREA DURING MONSOON SEASON AND IT WAS POURING DOWN RAIN. I KEPT HEARING FAINT KITTEN CRYING BUT I ASSUMED IT WAS SOMEONE’S CAT IN THEIR HOME. AFTER A FEW HOURS I REALIZED I WAS STILL HEARING A KITTEN SO I WALKED OUTSIDE IN THE RAIN AND FOUND THIS PITIFUL LITTLE THING IN A CARDBOARD BOX OUT IN THE RAIN… SO I SCOOPED UP THE BOX AND RAN HOME.” 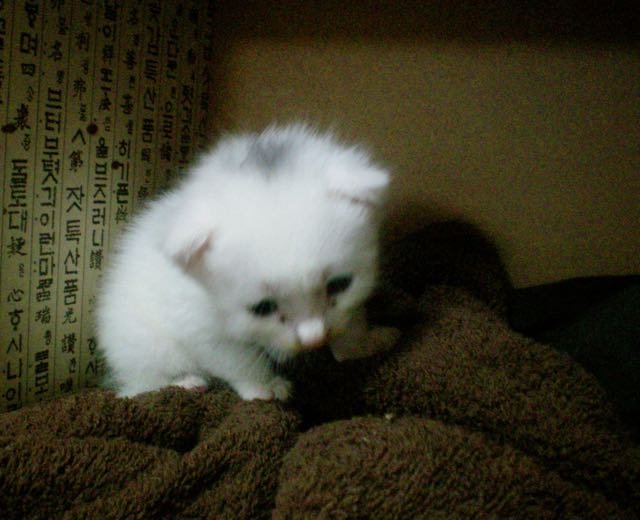 Tiny baby was so terrified and only wanted to be loved.

“She was pretty skeptical of us for the first 6 – 8 months after we found her, even after feeding and attempting to play with her every day,” reddit user blacknumberone told the fine folks at Love Meow. 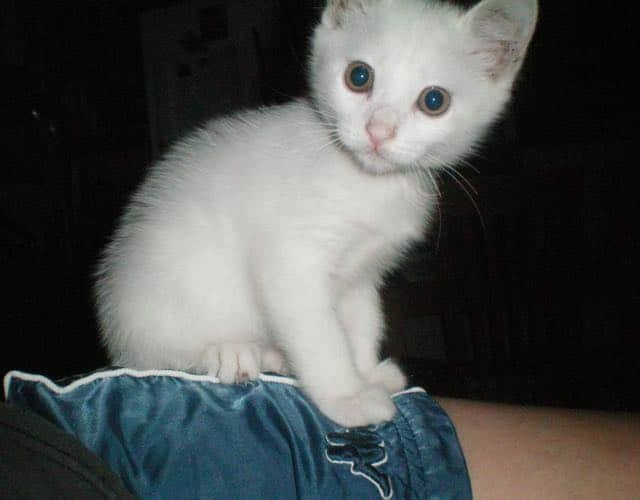 They never gave up on her.

“I CONVINCED ONE OF MY CO WORKERS TO GIVE ME A RIDE TO THE VET THE NEXT DAY TO GET HER CHECKED OUT. I BOUGHT SOME FORMULA AND A HUMAN BABY BOTTLE (THEY DIDN’T HAVE BABY ANIMAL BOTTLES) AND FED THE LITTLE THING.” 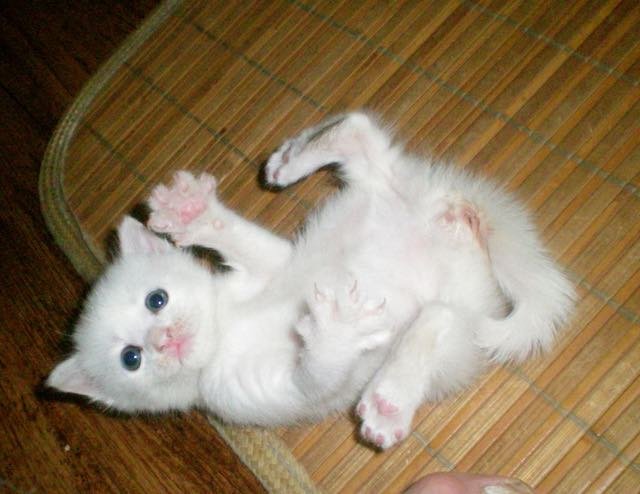 “SHE WAS SO HUNGRY AND WOULD DRINK THE ENTIRE BOTTLE IN LESS THAN 5 MINUTES.”

Kitty was still a wee bit unsure about her new human friend, but the food definitely helped. 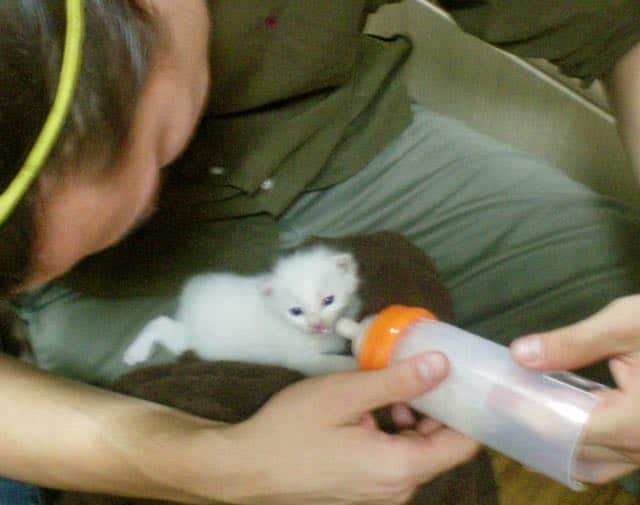 “JUST UNDER 2 MONTHS AFTER I FOUND HER. FEELING MUCH BETTER AND MUCH MORE PLAYFUL!” 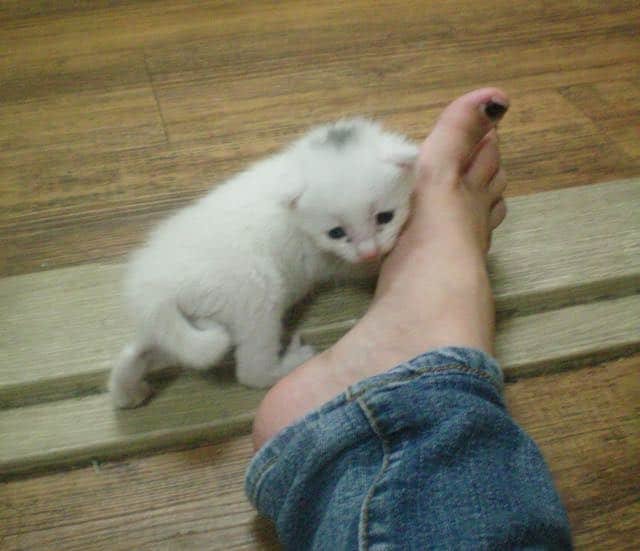 Around 6 months later, she was a lot more relaxed around people.

“She would still hiss and play rough. When winter started to set in though she literally started to warm up (i.e. finding the warmest place in the house, i.e. my lap/chest).” 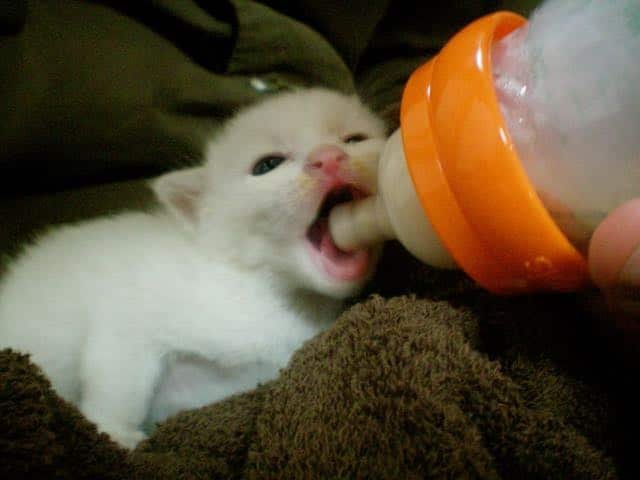 When she realized just how much her humans love her, she came out of her shell and returned all the love they had been giving to her all this time.

Now she wouldn’t be anywhere without her human mom and she would never again be out alone in the rain again. 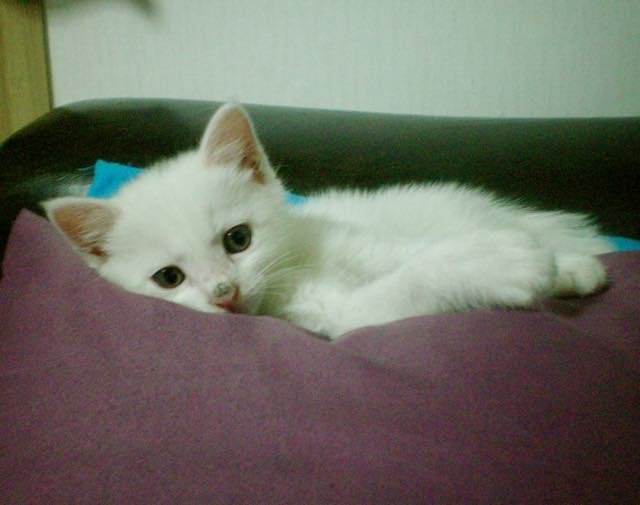 They brought Kitty back to the United States so she could enjoy her new life with the person whom now knows as her forever human. 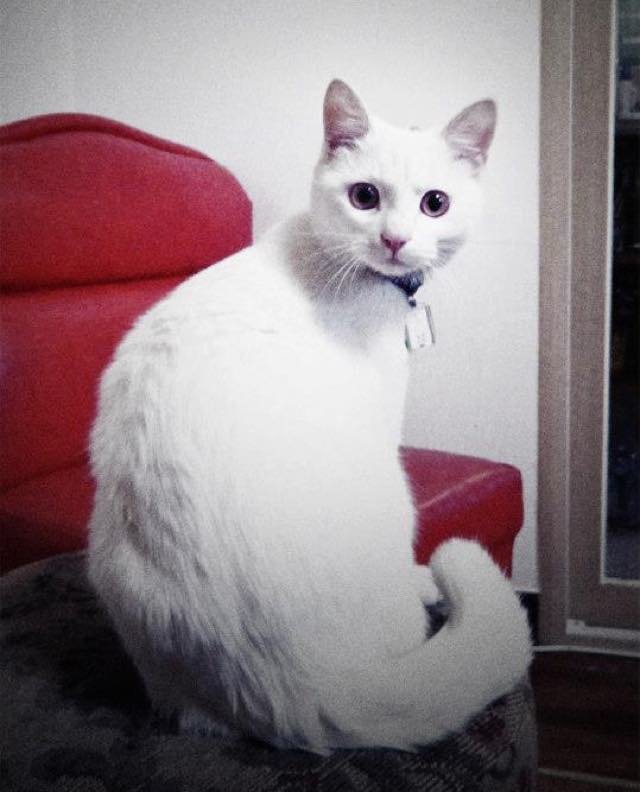 What a heart-warming rescue story!