The NZPD has just released a video showing a new animal division led by a cat named Arnold. Arnold’s video was posted online and instantly became a viral sensation, with many asking if the K9 unit is still viable in this case. Cats are much stealthier and cleverer than dogs, so the New Zealand Police Department seems to know what it’s doing. 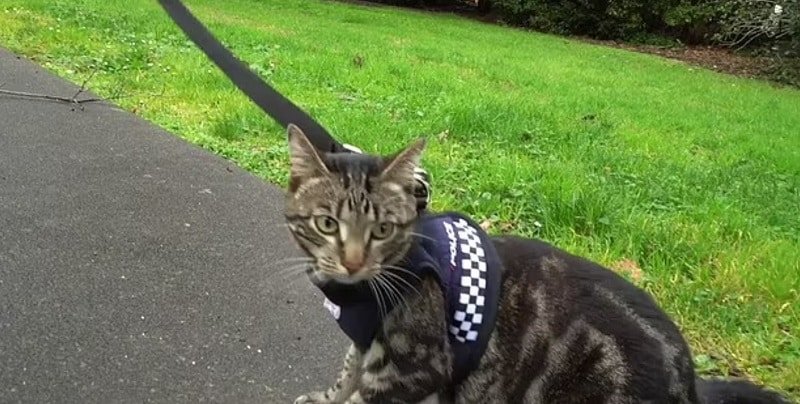 Of course, it was all a joke, but it’s a pretty fun video. The 3-minute video stars Arnold as a Specialist Search Cat roaming around with a trainer on a leash while performing spectacular tricks. Arnold successfully responded to command such as sit, stay, and roll, while also taking the streets in his cute vest.

The cat is also seen approaching a suspicious scene, investigating when the trainer tells him so. There were sunglasses nearby so his scent obviously works great – someone was probably there not long ago. It could be a body or something else entirely, showing that cats can be a proper replacement for the K9 unit.

With calls for a feline unit louder, we could see a C9 special research unit pretty soon. We hope that Arnold is their commander since he seems to be doing a pretty good job by himself.