We all know that pet favor the people that feed them the most. Whether it’s a cat or dog, they never bite the hand that feeds them. Well, at least not all of them. Many times, an animal’s desired for food is simply greater than anything else. 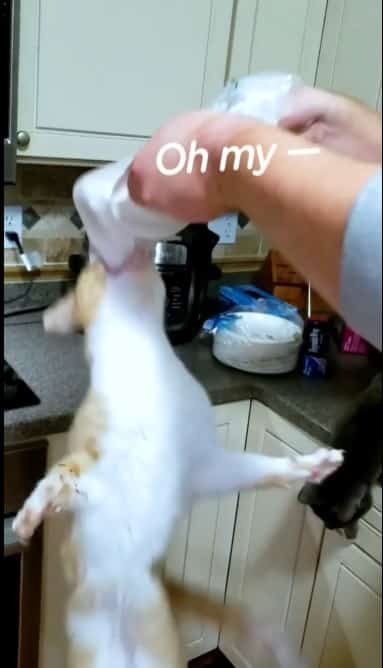 A recent video posted online shows a cat named Trekie going to extreme lengths when it comes to food. It eats anything its owners Greg and Kayla cook. Even worse, it terrorizes them over food all of the time, stealing bits and pieces as he’s incredibly greedy. He doesn’t have a condition or anything – it’s just greedy and a bit anxious over food. 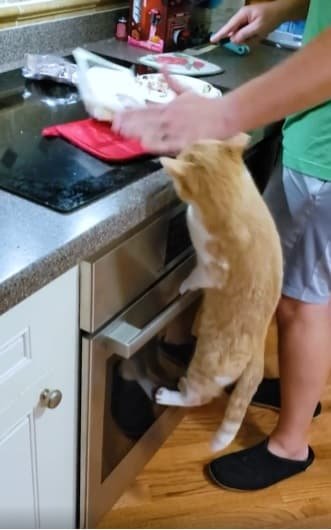 All clips show Trekie sinking his teeth into food boxes or trying to steal a piece of meat from the kitchen. When Greg or Kayla try to prevent it, they suffer for it. They are exhausted by his greediness for food and often lock him in the bathroom when they eat. 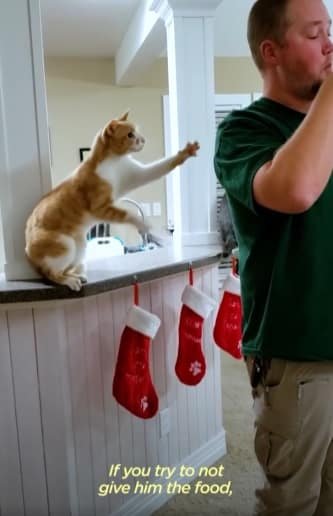 His antics have been well documented online, and thousands of people love them. Have you seen a greedier cat than Trekie? We surely haven’t.