Henry was an 8 month old rescue cat who has neurological disorder that makes him wobbly, but the ginger boy surprised everyone with his strong mothering instinct. When he first met a litter of abandoned kittens which were found on the side of the road, he took them under his wing, so to speak, and started nurturing them as his own.

The six tiny three week old kittens were found inside a cardboard box on Price of Wales, in Alaska.

“Luckily, some children walking home from school heard them crying in their box,” Heather Muench of the Ketchikan Humane Society told KRBD.

While Muench was caring for and feeding the kittens around the clock, Henry decided he would lend a helping paw. Right then, his paternal instinct kicked in. 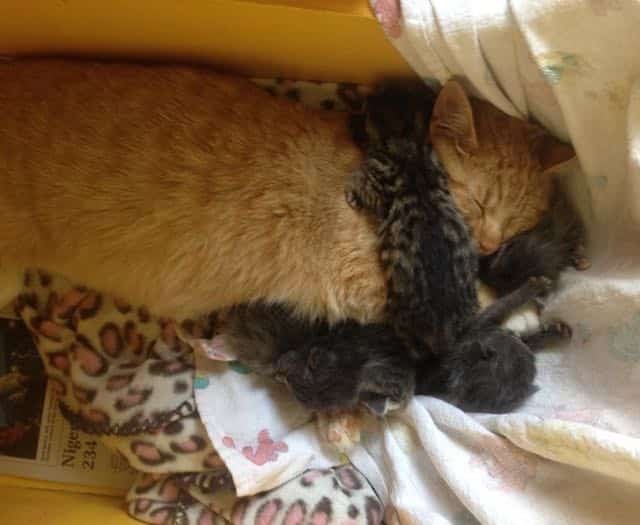 “The first thing he does is start compulsively licking one. He’ll spend hours in there, licking them, over, repeatedly. I think, ‘Oh my gosh, they’re not going to have any fur left.’ But, he’s really good at cleaning them up. I shouldn’t complain, because then I don’t have to do it.

The cat nurturing, it’s increasing their chance of surviving.” 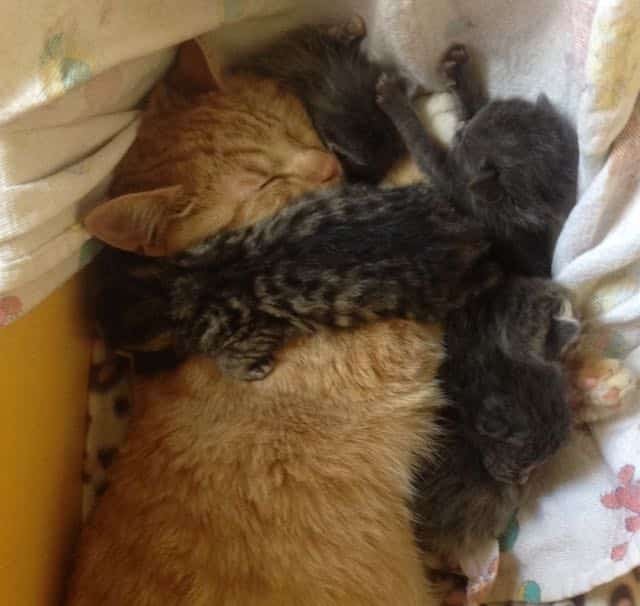 “Yesterday, when I took them to work with me, he was very upset because someone had stolen his babies for the day,” she added. “When they came home, he was like, ‘Get them out of the carrying case. Put my babies back!”

Though Henry is a great help, Muench had to take the babies with her to work to feed them when they needed to be fed.

Henry was such a devoted foster dad and has made a huge difference for these little kittens.

In the video: “Mama Henry paced and cried all day because Opposable Thumbs made off with his kittens and took them to the veterinary clinic. When they were returned, he hopped in to give
everyone a thorough washing and make sure they were all in good shape. You can tell by the look he gives the camera at the end that he’s saying:

‘Well, lucky for you they’re fine, but don’t let this happen again.’”