Some people care deeply about their cats. Recently, a Reddit user shared a post which showed her hilarious instructions to her boyfriend about her cat. She had to left for a week and left the cat to her boyfriend, but not before leaving him detailed instructions on how to pet her. 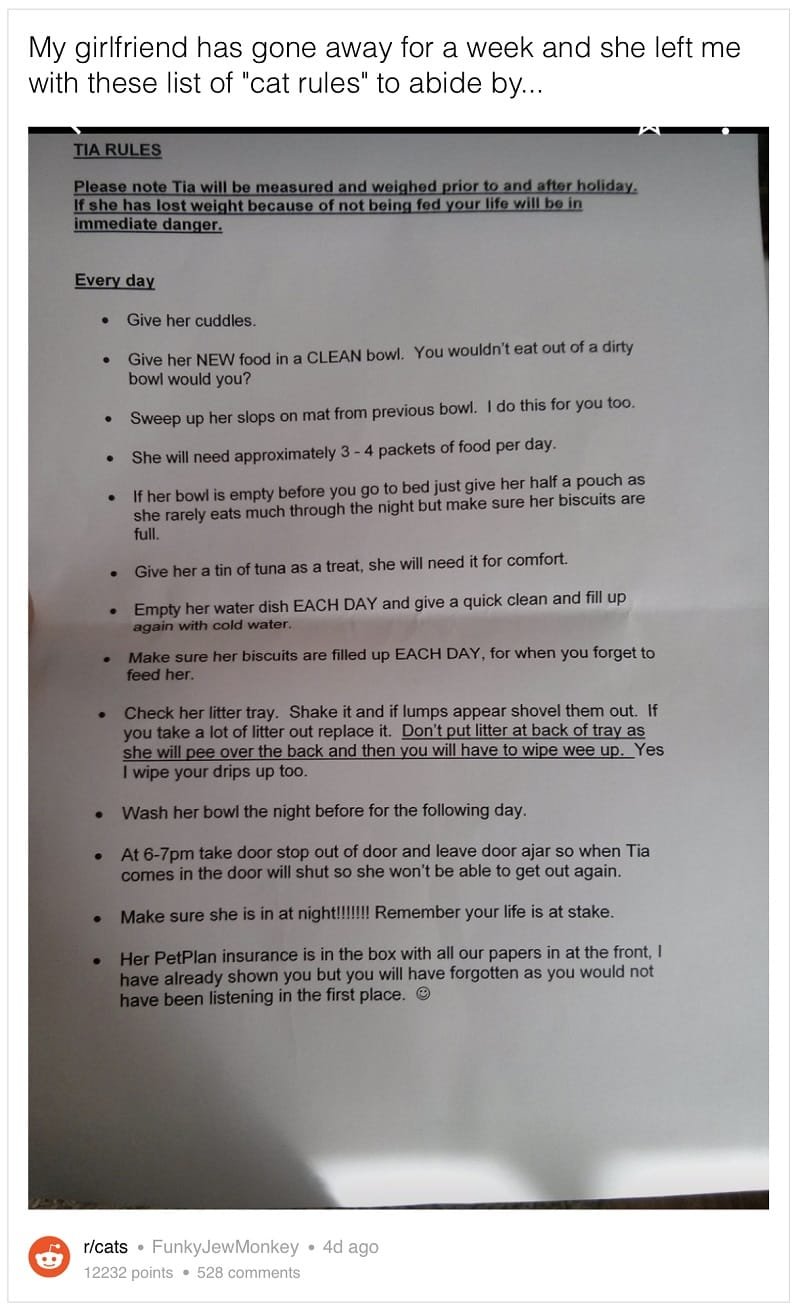 The cat named Tia is supposedly very easy to handle. However, if you take a look at the rules, we wouldn’t say it’s simple. The cat rules included some funny stuff such as 3-4 packets of food per day and more than a few biscuits too. 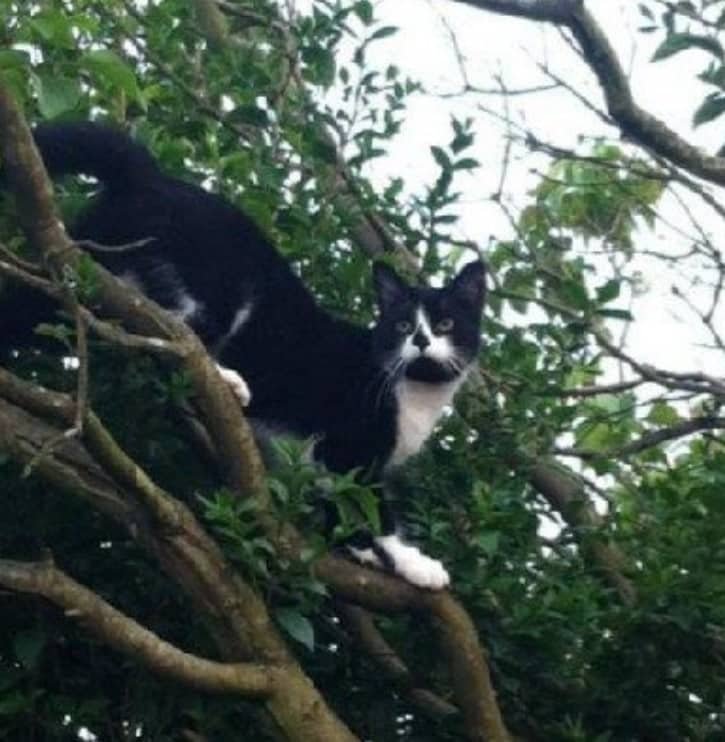 She shared a list of the rules on Reddit and it became an instant hit. We’re sure that the girl is already looking forward to the reunion, and we hope that the boyfriend followed the rules strictly.