We are sure that most of his fans already knew what a diehard cat fanatic Freddy was, but perhaps not everyone does? Regardless whether you knew it or not, by just taking a look at the gallery of photos below, you will see it with your own eyes! Freddy Mercury was a true cat person! 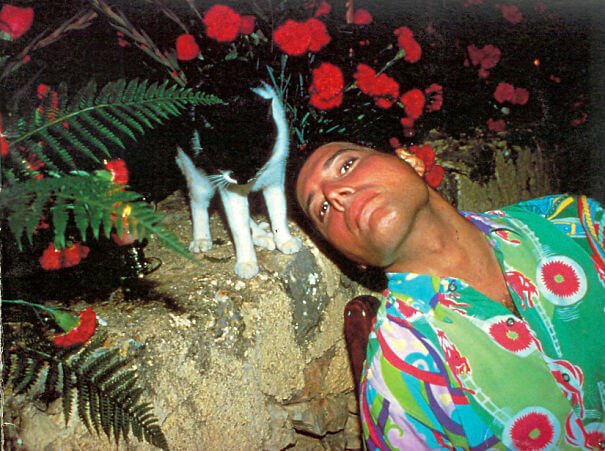 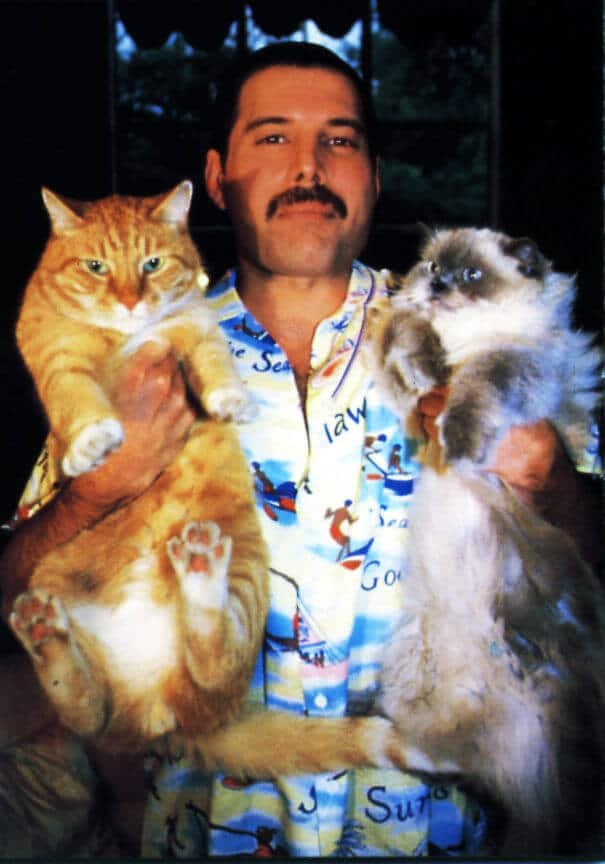 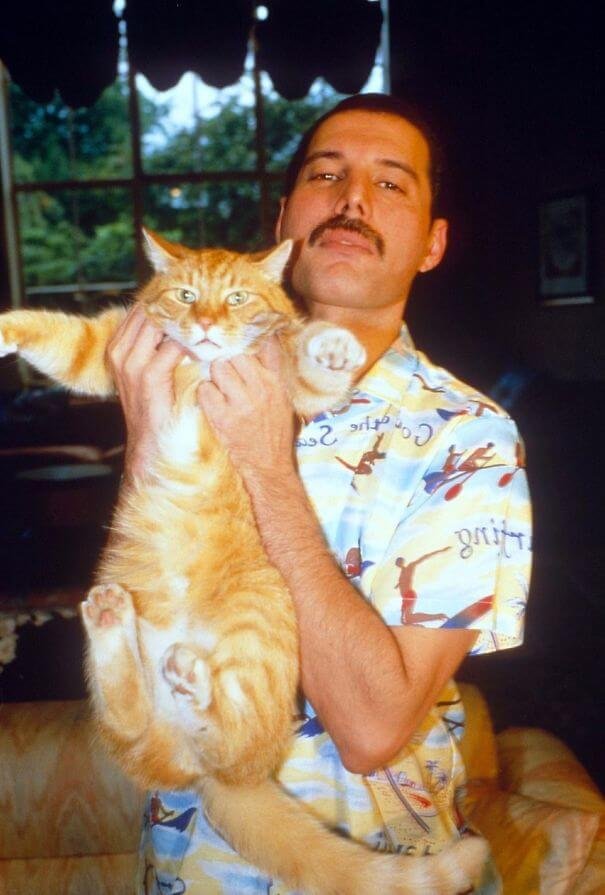 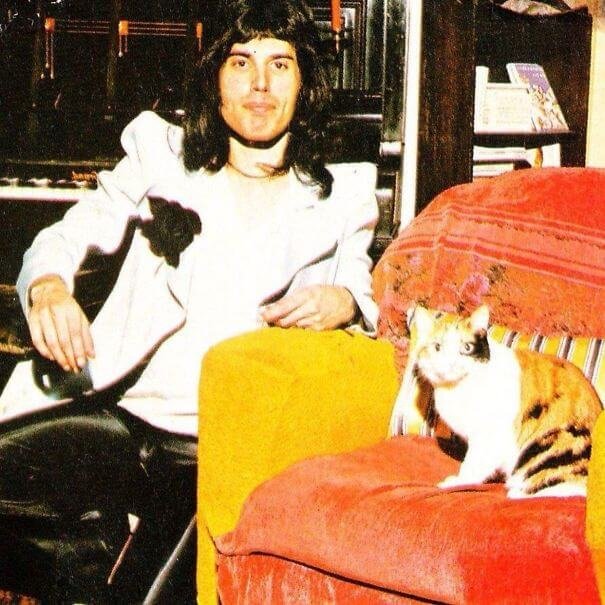 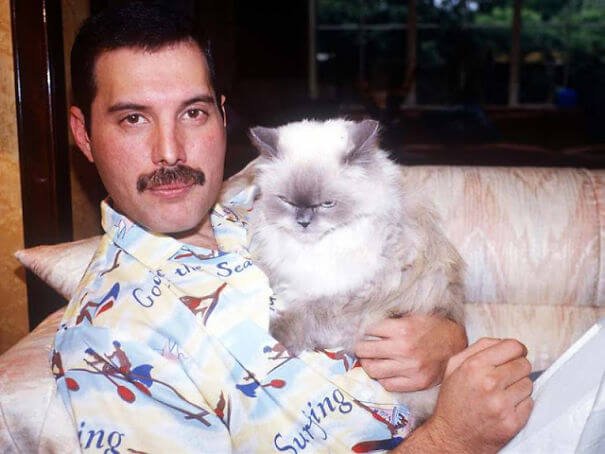 His love for cats begun in 1970 when his girlfriend Mary Austin moved in with him and brought along a pair of cats named Tom and Jerry. 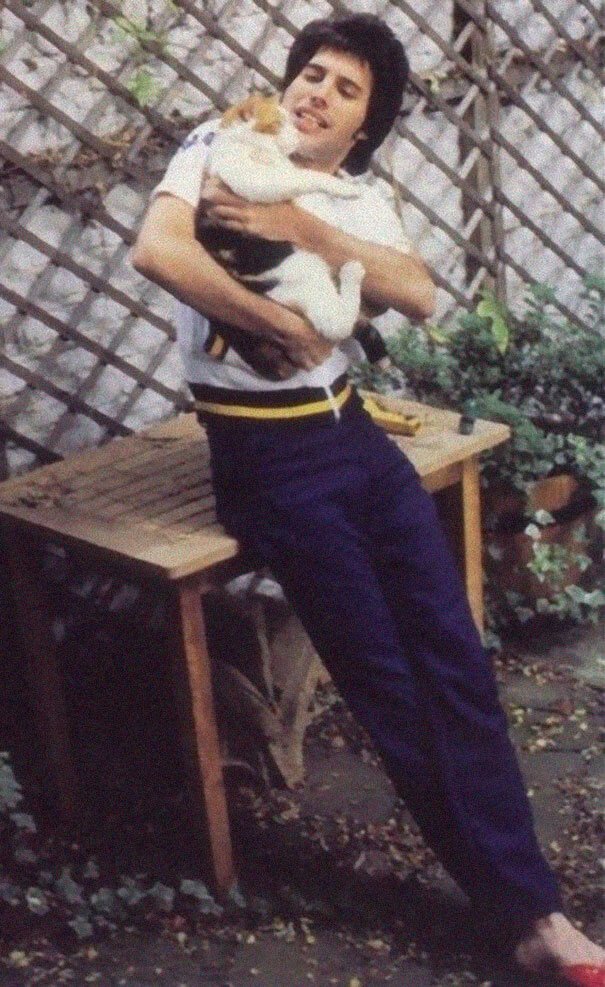 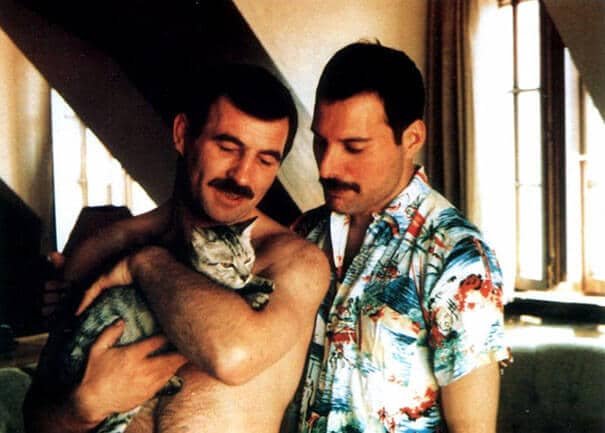 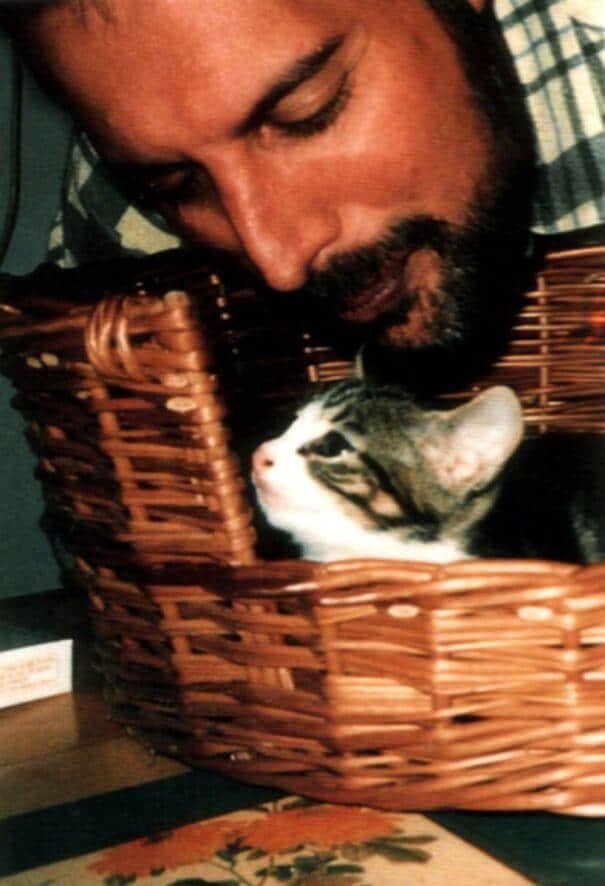 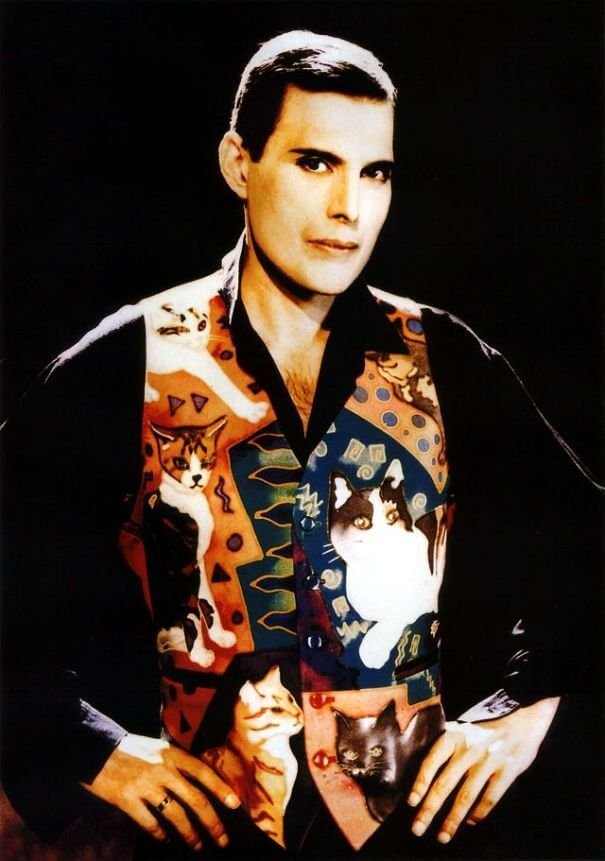 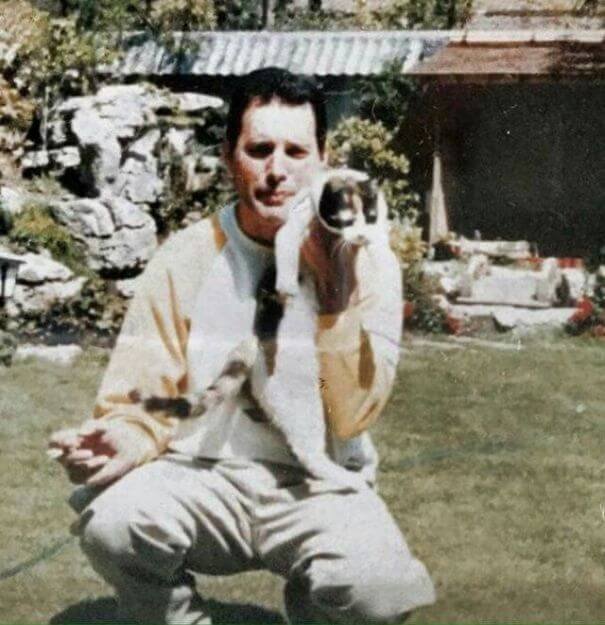 “He’d get to a hotel, we’d dial through, and he really would talk to his cats. Mary would hold Tom and Jerry in turn up to the receiver to listen to Freddie talking. This continued throughout the years with succeeding feline occupants of his houses.” 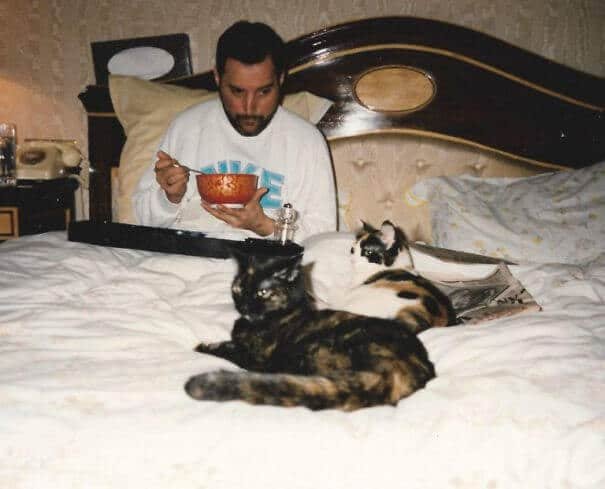 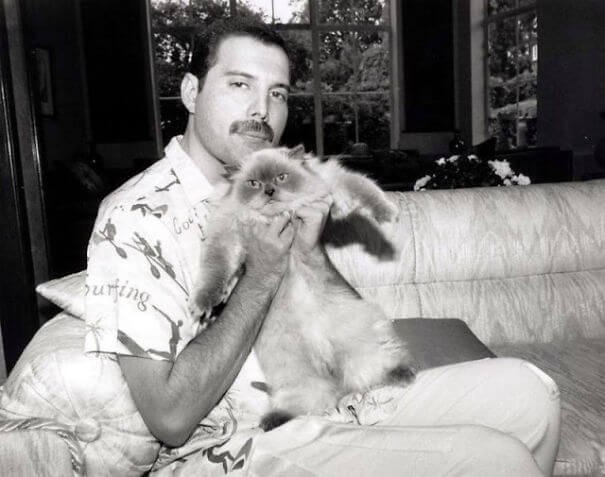 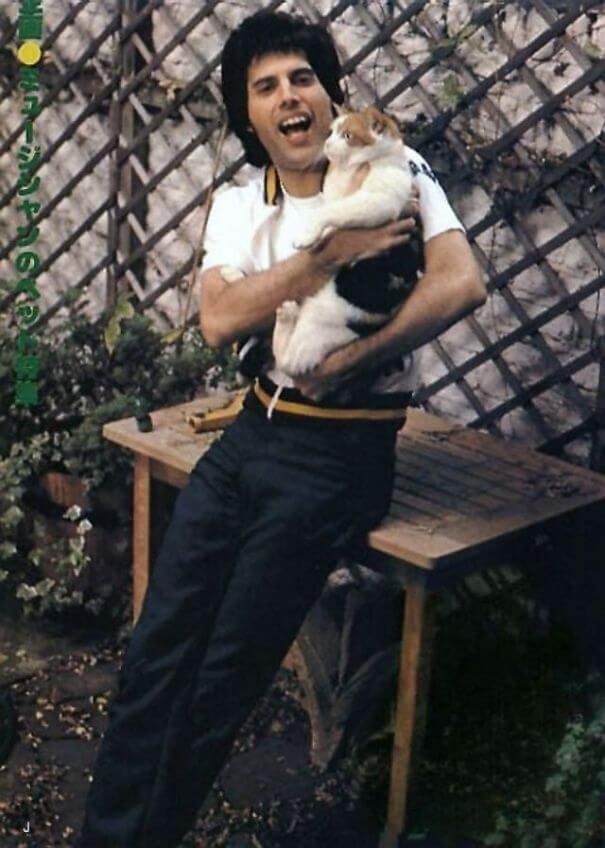 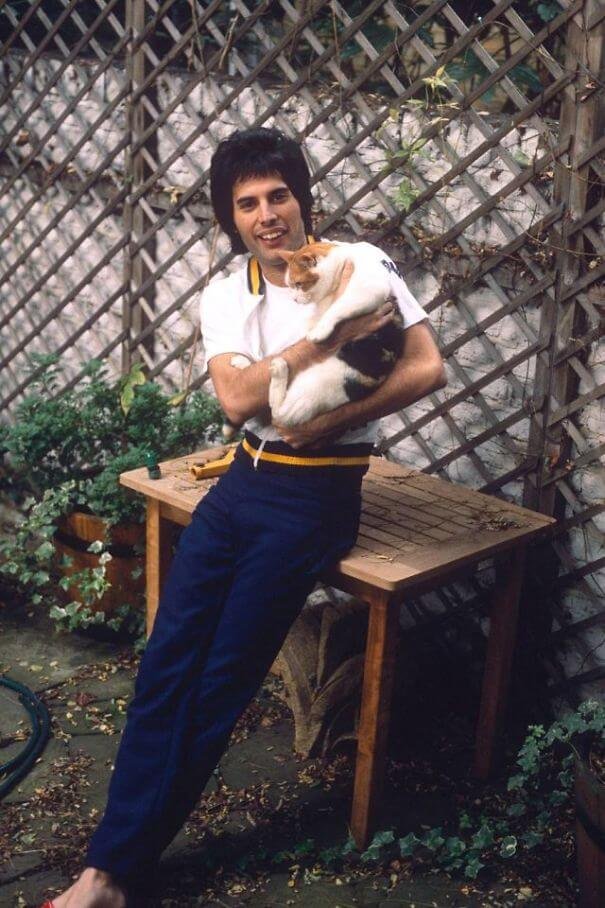 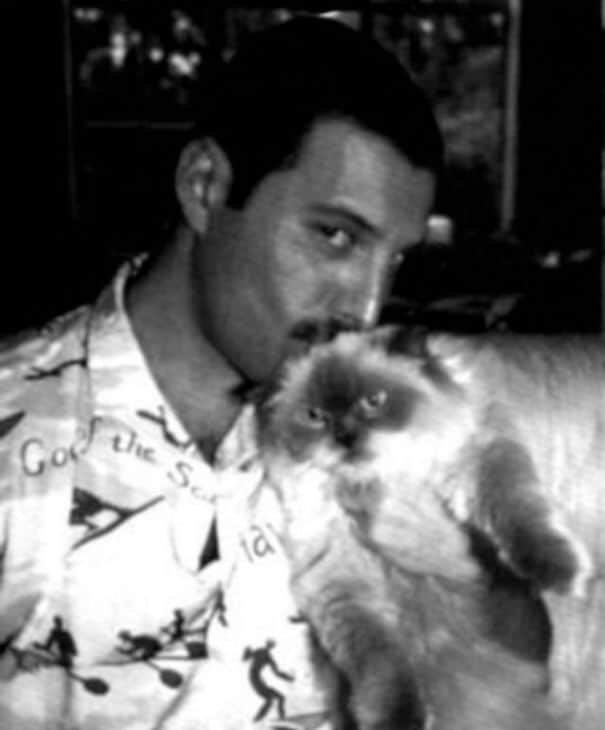 Freddie even dedicated his solo 1985 album, Mr. Bad Guy to the cat Jerry and the other cats. 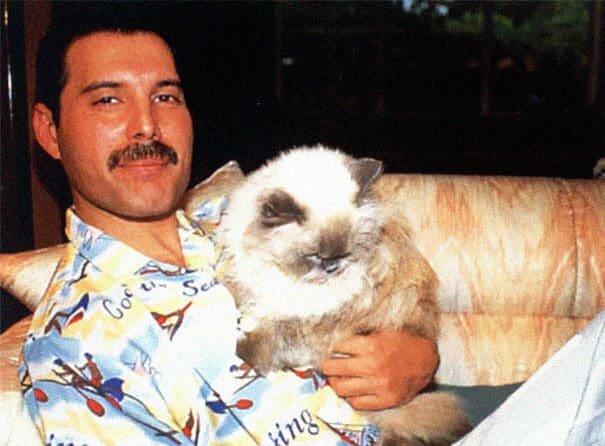 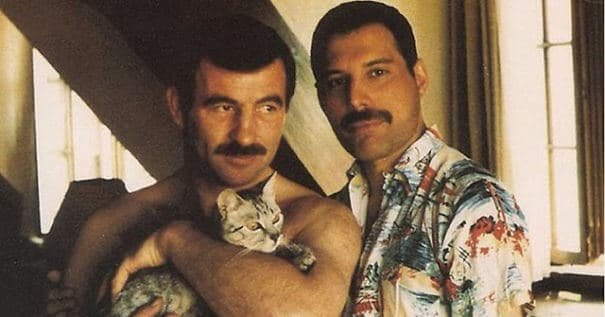 Some reports say that Mercury owned a total of 10 cats, Tiffany, Dorothy, Delilah, Goliath, Lily, Miko, Oscar, and Romeo. His cats were his family, and he treated them like his own children. 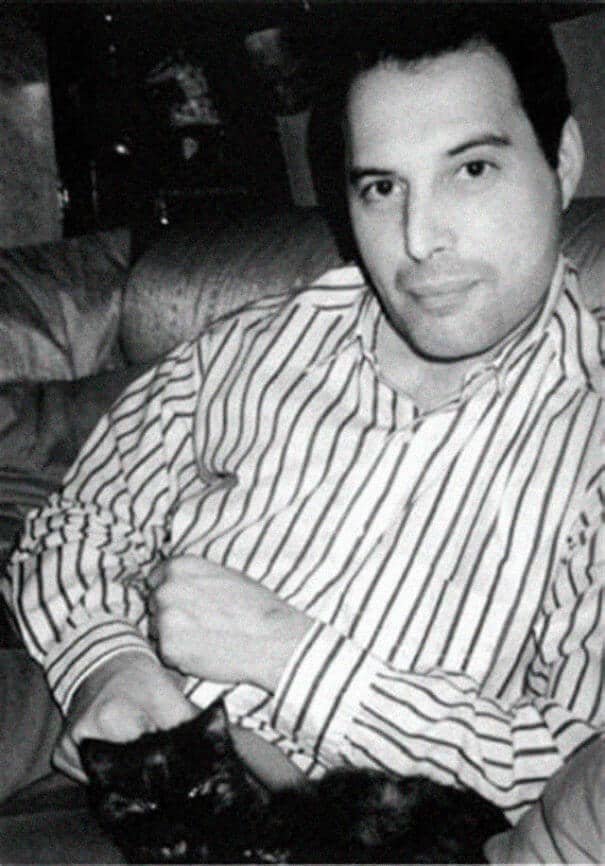 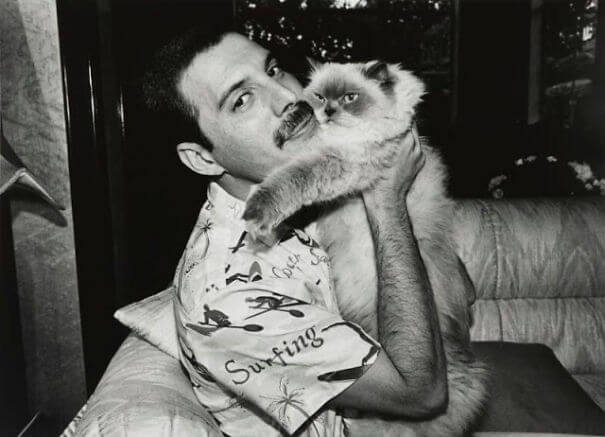