This is Barsik, the 41-pound shelter cat who is a “big deal” in more ways than one.

This fairly stocky New York City kitty, who has the weight of a medium-sized dog, is on his way to becoming an Instagram star, with in upwards of 6,000 followers, and will soon be looking for a forever home.

“He’s probably one of the biggest cats alive right now, as far as we know,” Barsik’s foster mom, Angelique Iuzzolino, said to TODAY. “I was posting about him on my personal account, but then he started to get a lot of attention.”

That’s when she decided to make him the @BigBarsik account. 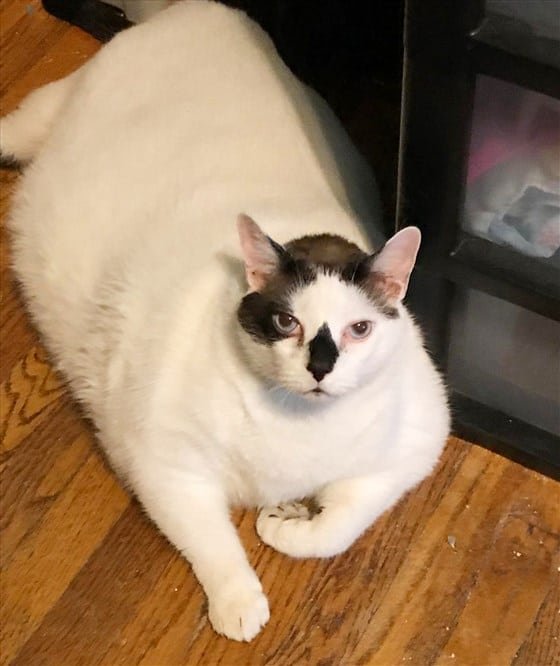 Barsik has gone right from the shelter to superstar status in the course of a week. The cat was dumped off at Animal Care Centers of New York City along with his companion, 13-pound Sukie, just earlier this month. The duo were then turned over to Anjellicle Cats Rescue, which is a local not-for-profit organization.

That’s just when they met Iuzzolino, who actually has experience fostering cats until they find forever homes.

“When Barsik was in the shelter, they couldn’t put him in one of the kennels because he was too big. He’s so large that he can’t do a whole lot about people touching him in ways he does not want,” Iuzzolino stated. 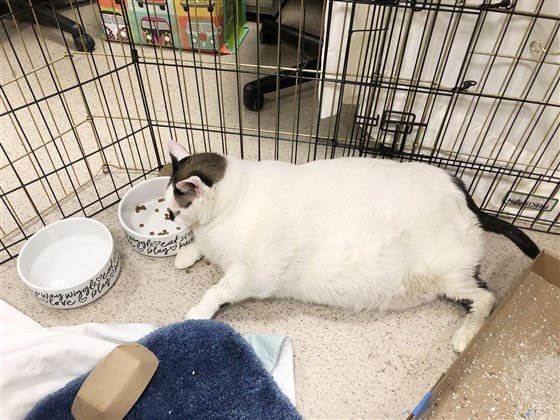 When she was first told Barsik and Sukie needed to stay together, she took them both. Both cats required a little bit of time to warm up to their new surroundings, but have become incredibly sweet and affectionate.

“When I first let Barsik out into our bedroom, he immediately tried to hide,” Iuzzolino went on to say. “We let him decompress for a few hours, and when we got back, we started petting him a bit and he relaxed.”

Barsik “trusts us now and is incredibly affectionate,” she explained. And he’s happy to be living with his pal, Sukie. 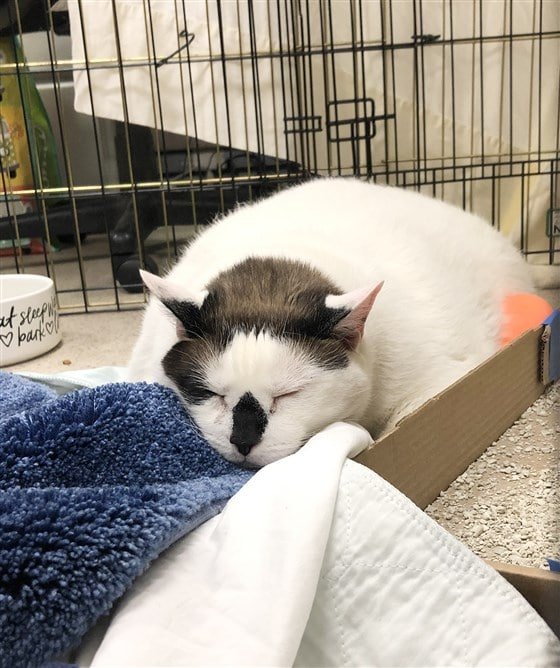 Once Barsik manages to get on the right track, with a veterinarian-approved diet, the cat will be put up for adoption. The perfect forever home will be with Sukie, and in the New York, New Jersey or Connecticut areas, Iuzzolino added.

“There are a lot of people who like the way he looks. They like fat cat,” she stated. “He needs to live with someone who wants to help make sure he is doing OK and is losing (weight) at a safe pace.”

There’s also one thing Barsik’s future owner might just want to know about the cat, who is bound to spend some time being a bit hangry as he gets down to a good, healthy weight.

“We tried to pick him up once,” Iuzzolino concludes … “And that was a big no!”