You know why cats and dogs are such fierce enemies? It’s because of moves such as the one you’ll read about in this article. A Chinese Shiba Inu called Mi Yuan saw his buddy cat trying to leave their home by climbing over the gate and surprisingly, he stopped it by holding the cat behind. 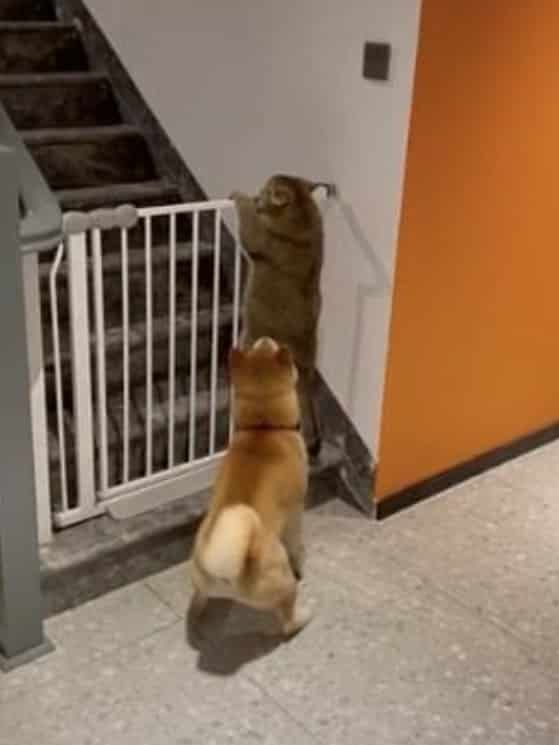 The moggie was obviously trying to escape, being filmed struggling to climb over a pet barrier. Named Mi Bu, its plan failed when Mi Yuan saw the moggie escaping and held it down not allowing him to go over the barrier. According to their owner, the two are best buds most of the time, but sometimes, they like to annoy each other, and Mi Yuan found the perfect way to annoy the cat. 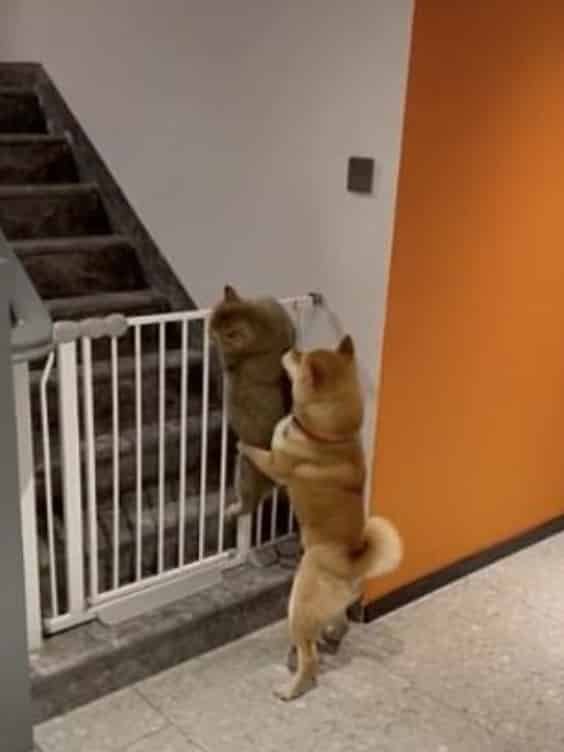 A Video to Make Your Day

In the video filmed by Mr. Wu, the cat and dog’s owner, the obviously overweight cat is trying to get over a pet fence. Mr. Wu says that he put the fence primarily for the dog so he couldn’t go upstairs. Besides Mi Yuan, he also owns 4 cats, and they can all jump over the obstacle with ease. 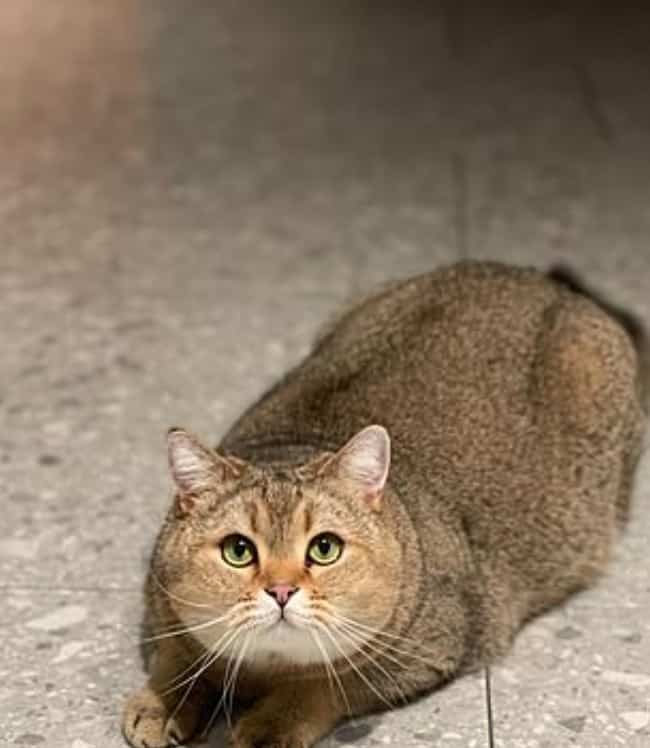 Well, except for Mi Bu who’s a bit overweight. It also didn’t help that the dog held him down, sabotaging the cat’s escape. 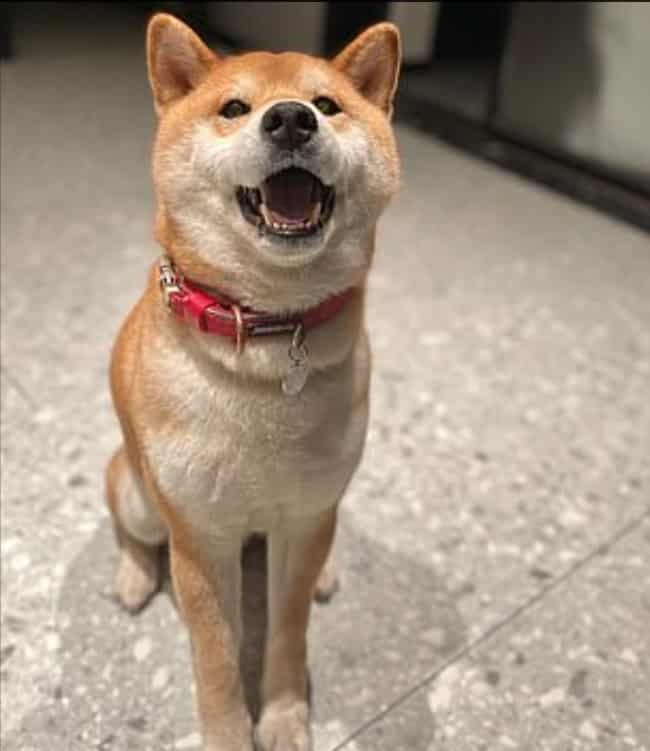 Mr. Wu says that he’s surprised that the dog was trying to discipline the cat for leaving. However, there’s no bad blood between them now. They have a love-hate relationship, with Mi Yuan’s latest move obviously coming from a position of hate. It was cute seeing it hold the cat down, though, and if you haven’t watched the video at all, you’re welcome to see it now.