A 29-year old man from the UK recently shared a strange story online. He says that his girlfriend accused him of naming their baby after his dead cat Clementine, which he says is just a coincidence. They just had a baby after a surprise pregnancy, and when the time came for the name, he suggested Clementine.

His loving cat died years ago and he never got over her loss. He always liked the name, and he thought his girlfriend will too. However, she was taken aback by it all when she asked his mother what the cat in the family pictures was named. She knew it meant a lot to him, but was negatively surprised when she learned that the dead cat was named Clementine too. 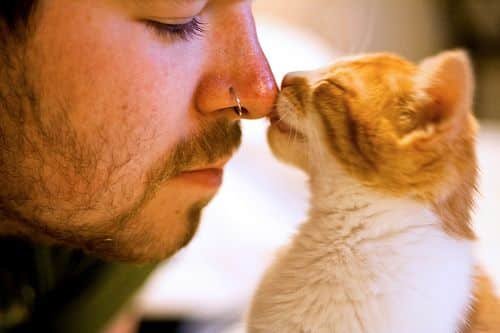 The man took to Reddit to share the story. They ended up arguing over it and she’s still pissed at him. The comments weren’t exactly easy on him. Many have argued that it was the wrong move, and that he couldn’t just simply forgot the connection. Some have suggested that he could have been honest upfront about the name and everything might have gone better.

We also think that he did it purposely, but we hope the couple stays together. After all, a name issue shouldn’t turn into such a big problem.