Millions of pets are abandoned every day which just breaks our hearts. Many of them don’t get to live happy lives, but every once in a while, we have a happy end story. That’s the tale of Porg, a very special kitten with big eyes who was adopted by a kind woman. 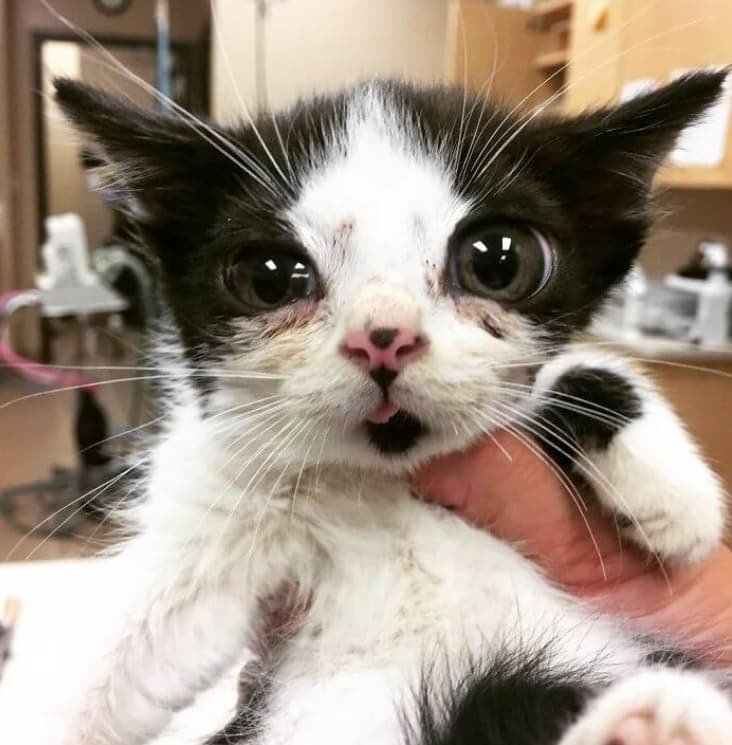 Porg was abandoned in a cardboard box left in Chicago’s subway. While waiting for a train to work one day, a woman spotted the box and opened it. Porg was inside in bad shape, with a large wound on the neck and huge eyes. The woman rushed it to her vet who gave him a full examination. 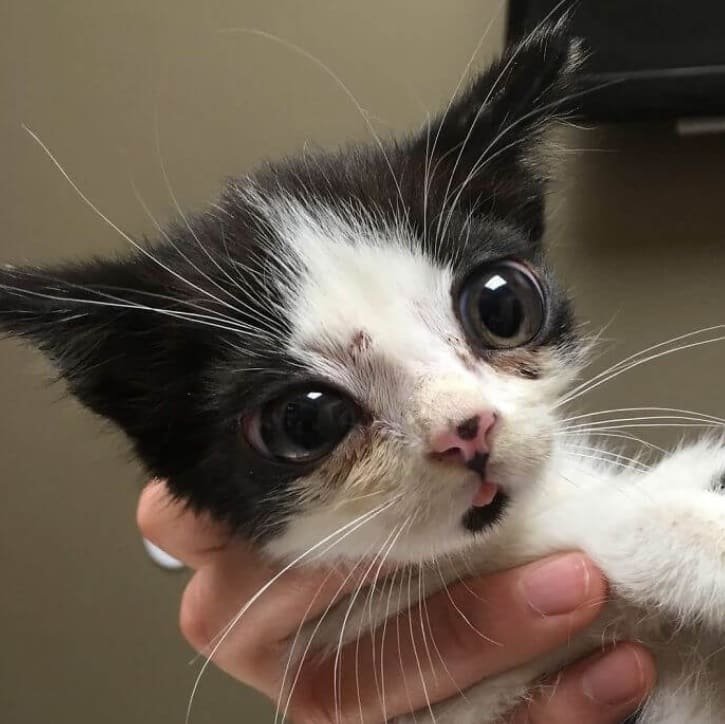 The vet, Elise Hall, instantly fell in love with the kitty. After treating the injury, she took Porg home with her until he can grow stronger and be ready for adoption. She named him after the Star Wars race of Porgs that have the same big eyes. 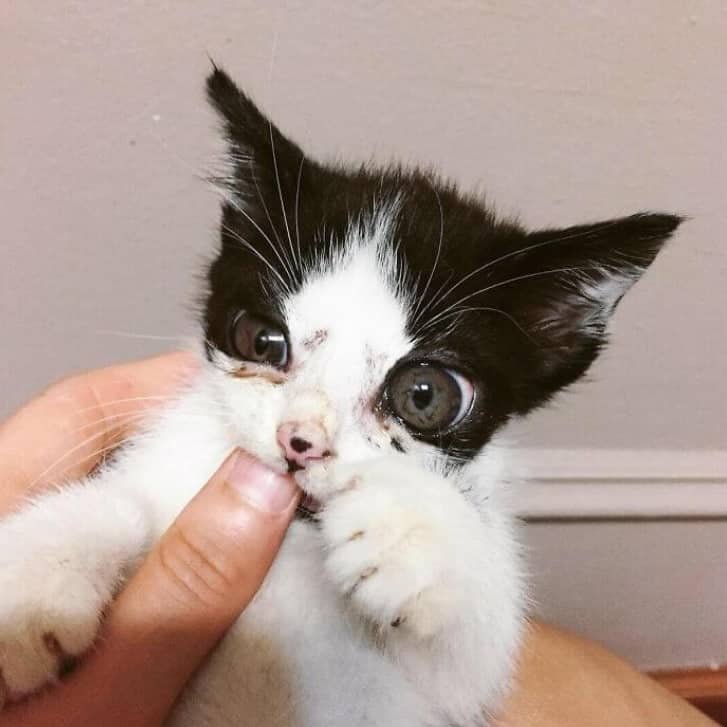 After a week, Elise noticed that Porg isn’t a normal cat. After further examination, he was diagnosed with the Ehlers Danlos Syndrome. Every time he scratches himself, it leaves big marks on his skin. That’s why Porg is often in clothes – so his brittle skin can stay protected. 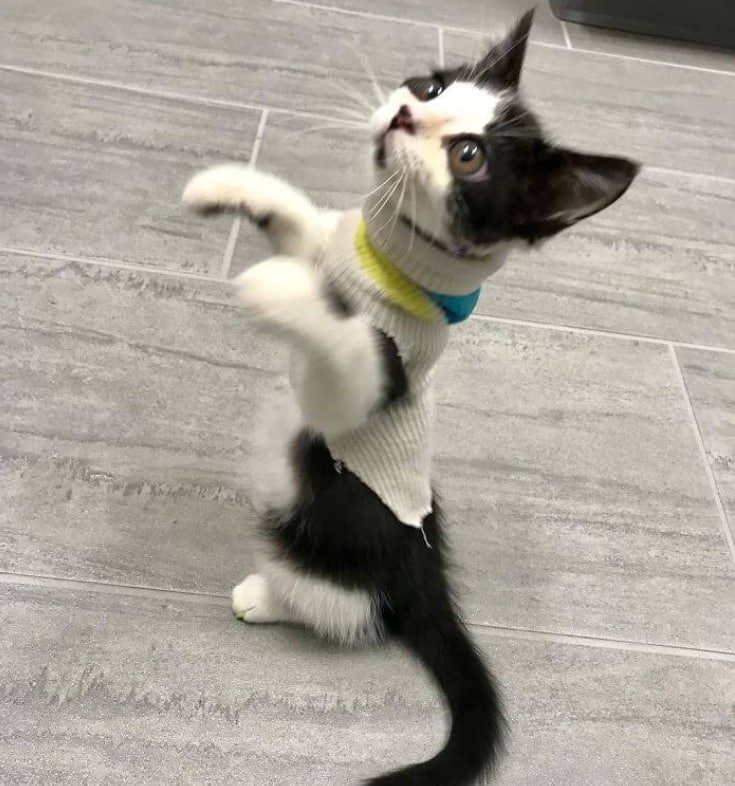 Other than that, he’s a playful and adorable kitten just like others. While Elise initially planned to give him up for adoption, she has no intention of letting him go. She’s happy with his unique look and loves him to death, just like Porg loves her. 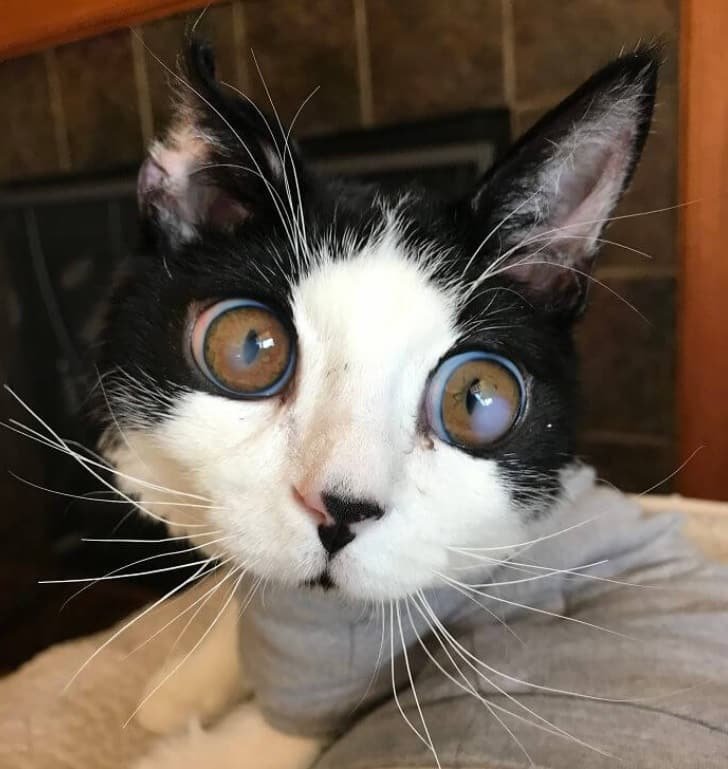 We’re happy that this poor kitty’s story has a happy end, and hope that other people like Elise can do the same. 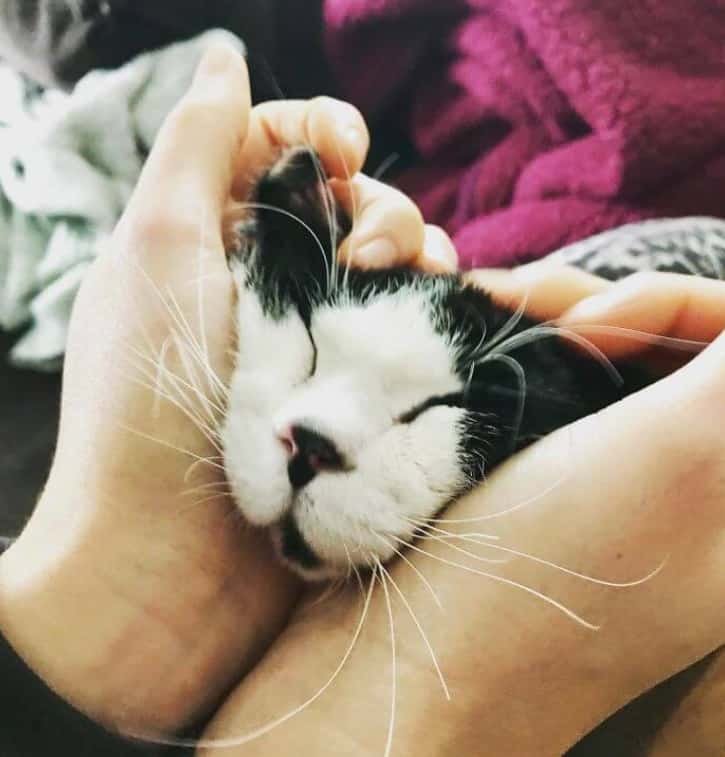