The main goal of bomb squads is to defuse bombs that can put people and objects in danger. They are regularly called in to inspect suspicious packages that often turn out to be something entirely different than bombs. An Ohio bomb squad recently got a call to investigate a suspicious package and when they arrived to the scene, it turned out to be the most surprising thing. 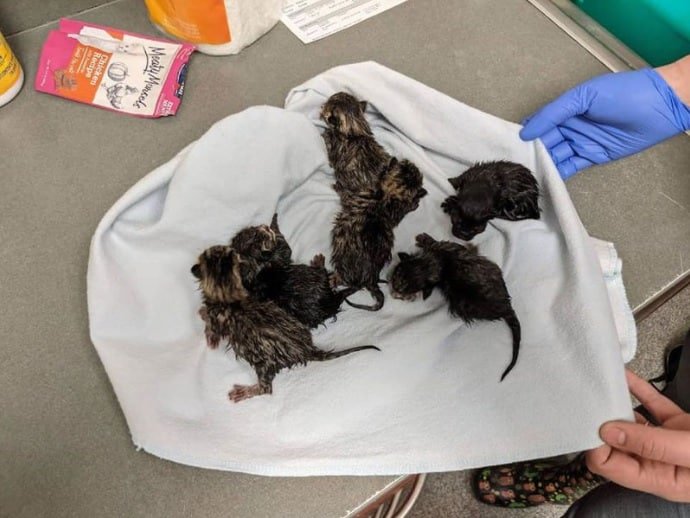 The Ohio Sherriff’s office recently got a call about a suspicious package left outside of a church. It immediately dispatched the bomb squad who noticed there’s something funny with the package. After opening it closely, the deputies couldn’t believe their eyes – it was a litter of kittens!

Along with the kitties, there was a none saying that a cat momma called Sprinkles went into labor the day before. Both the momma and her kittens were brought to an animal shelter and are doing great so far. Sprinkles needed a few shots and vaccines, but otherwise, she’s a great mom.

The shelter will continue posting updates on the “cat bomb” on its Facebook page. We hope they all find loving homes!