In today’s cat story, we’ll present Blake and his insatiable appetite. This beautiful chonker has a great personality, but sometimes, he can be very pushy. He’s ready to do anything to make his owner give him treats, using all kinds of ‘weapons’ from his arsenal. 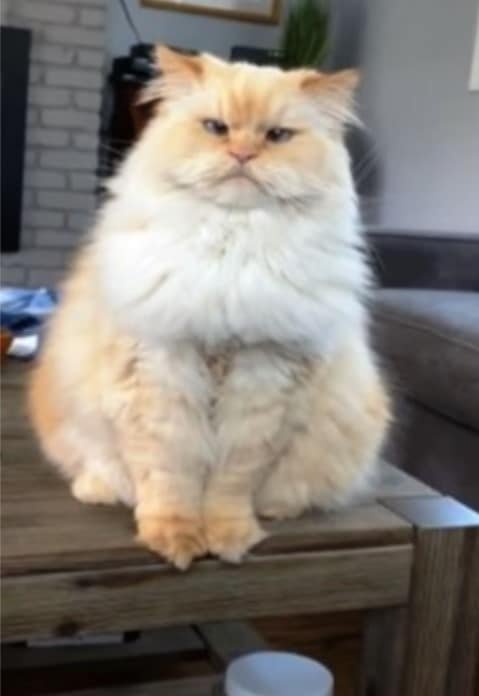 His owners have documented his pretty clear needs several times. Blake turns very serious and angry when he demands something to be given to him. In the latest round of pictures, it’s about treats. If you think the pictures are hilarious, you should check out the video to see how angry he can get. 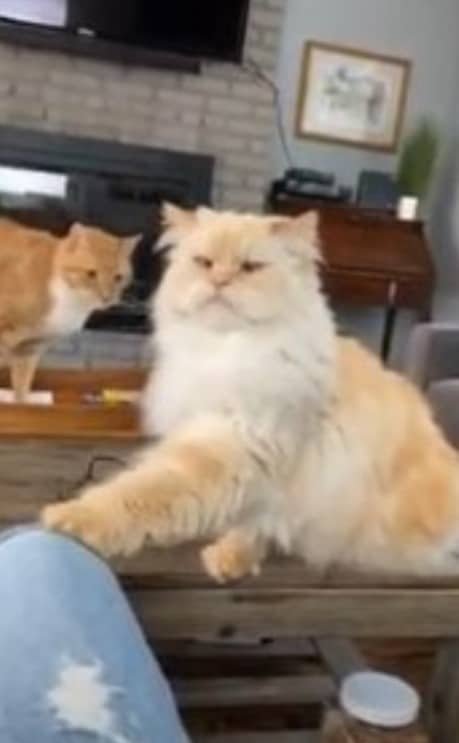 Of course, it’s never a serious situation since he usually gets what he wants. The latest video made the rounds and went viral, with many laughing at the cat’s seriousness. Blake expresses himself in a very serious and strict manner, and we have to say we’ve never seen such a direct look among house cats. 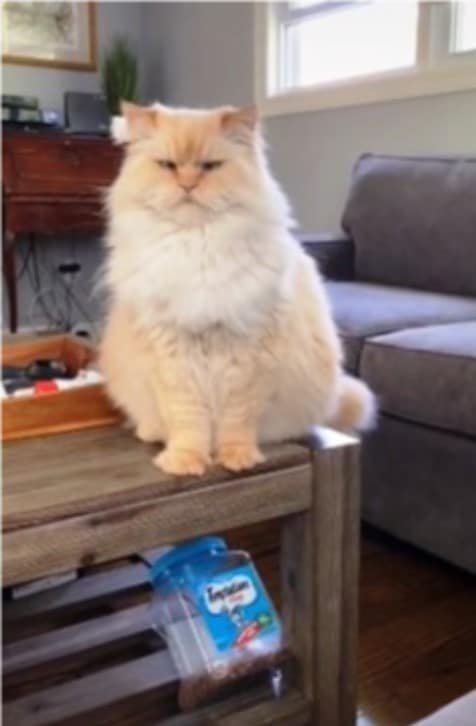 To be perfectly honest, we’d give him anything he wants after a round of laughs. When you realize he’s not laughing, it’s a reality check and the right time to give Blake what he’s looking for.