We all know that cats love to go outside, even when there’s no yard. They’re just happy to roam the neighborhood and often go missing. Some are lost forever, others find their back home. Like Pixi, the cat we have for you today. It often went missing for days before returning back home, and this time, there’s been a shocking revelation. 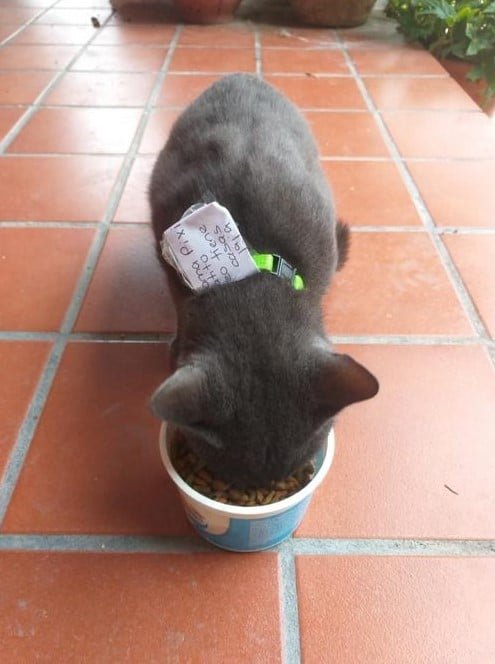 Pixi went missing for 3 days and his family was already worried. Just as they were preparing to post about the disappearance on social media, she returned. But, there was something unusual about the cat. She had a note attached to her collar that revealed something shocking. Pixi apparently had another family in secret, and she’s been fed twice as much. She received double the pets too. 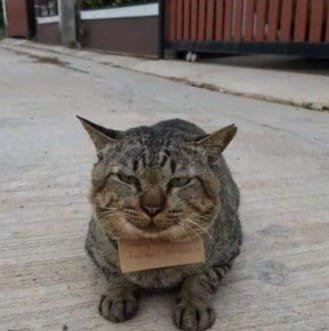 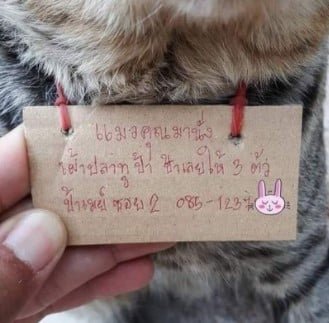 The cunning cat was hanging in a fish shop in Chang Phuak (Chiang Maia, Thailand) every day. The shop’s owners wrote the funny note, but there wasn’t any harm done. After three days of not seeing the cat, her owners were concerned. They were relieved she was back in one piece, and were shocked to learn she had another family. 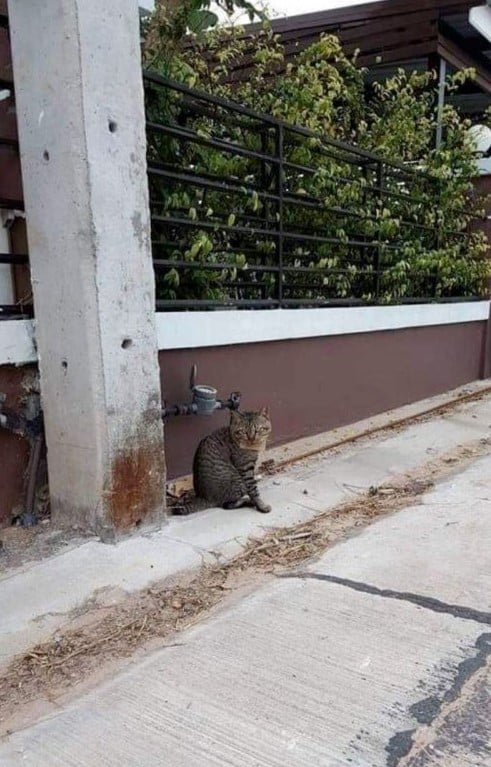 The note was written by Aunt May from Alley 2. She said that the cat asked for one mackerel and got three in return. The family posted the note online and it received a lot of likes. This cunning cat knows how to live life, although we wouldn’t say she’ll serve as a good example for others.