The ginger cat named George you can see on the pictures loves walking around his home. He sleeps in a special bed made for him near the kitchen. The cat likes to go outside in the evening and always comes back after a stroll, sleeping in his cozy bed.

This time, however, he found a strange new occupant lying in it. When George’s mom went to the kitchen and passed by it, she saw a reflection of an unusually big pair of ears in the window. She went back unsure of George’s whereabouts and found a fox lying in his bed. 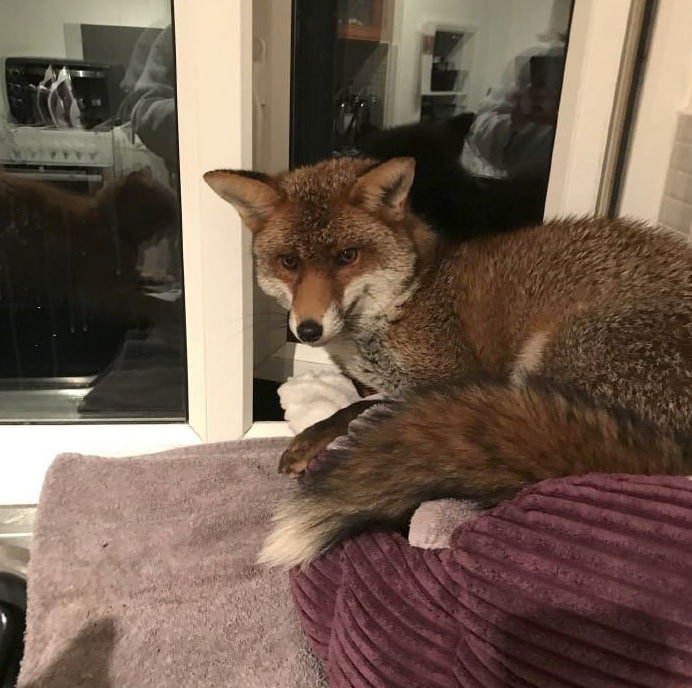 How Did it Get There?

When George returned from his walk, he couldn’t believe his eyes. While he was out for a stroll, a fox jumped from the garden through the window and cozied in his bed. What’s most surprising is that she didn’t even flinch when the cat came back. Until George’s mom Meloney tipped the bed with the fox out of the window, she wouldn’t budge. 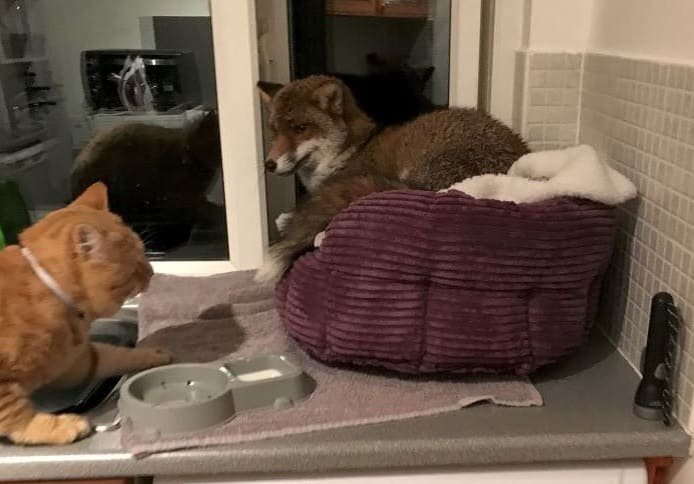 The cat was tame and didn’t want to leave – George’s bed was far too comfy for it. The woman looked at it surprised, and the fox looked back. He wasn’t frightened at all by the woman or George, which is not common for foxies. Of course, George tried to scare it away by hissing, but no cigar on that.

As soon as the post was up on Facebook, people shared similar stories. It seems that foxed love getting in homes like burglars and scaring pets away. Luckily, no harm has been done so far. But, just to be safe, make sure you don’t leave your window open all the time when letting your pet out. Or at least get one of those pet doors – they should offer better protection.