Cats living on the street are willing to do whatever they can to get the attention of possible new owners. Just a pair of weeks ago, rescuer Chris Poole noticed a new white cat in his neighborhood. She had fantastic blue eyes and always ate from the food left out for other strays. It was obvious that she was on the street for a while. The cat was dirty and Chris was determined to save it. 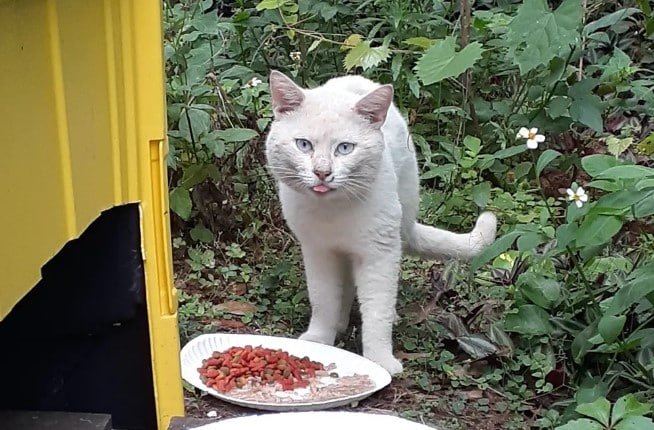 He tried to get its attention all the time, but she was pretty timid. Day by day, she started to warm up to him. As he lowered his guard, she realized she can trust him. Another week passed, and she let Chris pet her. She was literally eating out of his hand a few days later. 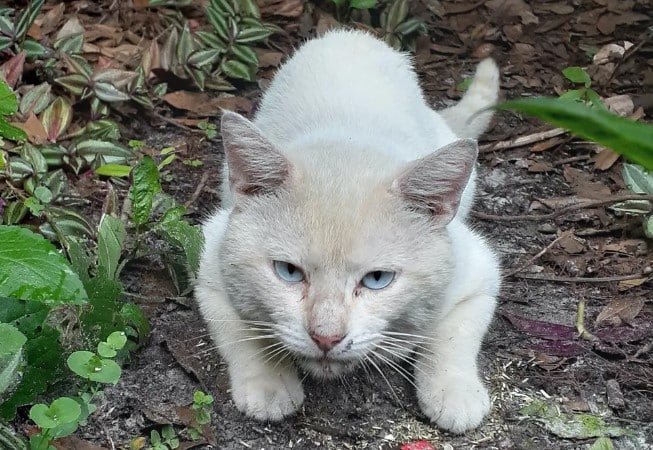 Chris realized that the white cat belongs in a good home, not on the street. He decided to find a good rescue that will give her a chance at a loving home. With the help of silver vine and some catnip, they became great friends, and he got her into a humane trap. Off she was to the Suncoast Animal League. 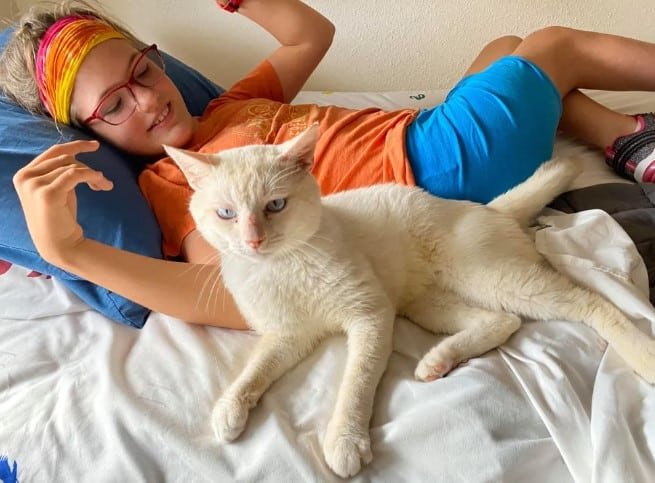 The staff there named the cat Sinatra and cleaned her up. She reacted well to people and they knew she’ll have no trouble finding a home. A member of the staff at the animal center, Larissa, knew just the perfect home for Sinatra. She contacted Lori Griggs, a mother of a handicapped girl, Kiley, who were looking for a pet at the center not a few weeks ago. 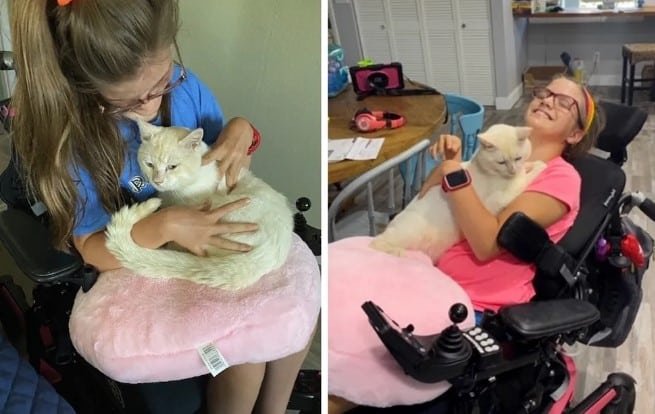 Kiley travels in an electric wheelchair of which cats are frightened. That’s why they had trouble finding a pet. However, when Kiley came to visit Sinatra, the cat was thrilled to meet her. She immediately jumped in her lap and started purring. 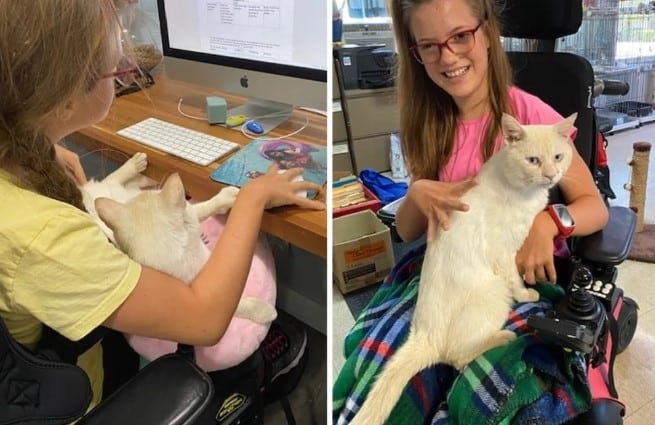 The story ended on a positive note – Kiley got a new friend, and Sinatra got the new home she always wanted. We love it when a good story with a happy end and we’re glad the two met at the right time.