A ginger cat whose name is George was completely horrified today when an uninvited guest decided to use his bed while he was having a walk in the garden. 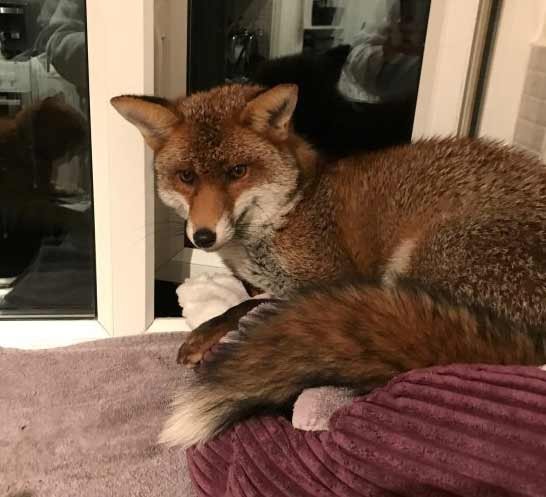 “When I came downstairs, and walked passed the kitchen into the bathroom, I did a double take as in the kitchen window I could see a pair of huge ears. I thought, “hmm, those are not the cat’s ears”, and I turned the light on to look at what was in the cat’s bed – and it was a fox!”

“He was very tame, he did not want to leave. George was outside the window and was not impressed, I had to let him in the bathroom window. He jumped on the side and leapt into action and was telling the fox off – he was even hissing at him, but the fox just looked at him.” 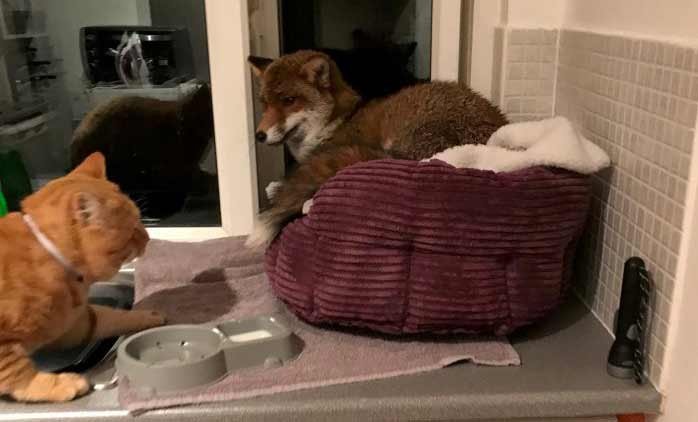 Meloney, who lives in London, UK, went on to explain that she had woken in the night to let George out of the kitchen window so he could go into the garden, the fox more than likely sneaked in after she’d gone back to bed and had made itself at home in the kitty’s bed. When George returned, he attempted to scare the uninvited guest away by hissing, but the fox refused to budge until Meloney grabbed the bed and simply tipped the fox out of the window.

“He was very tame,” she mentioned, “He did not want to leave.” And with the cold spell that is sweeping across the UK at the moment, who can really blame him!