Cats can be cute and super-cute. The one you can see on the pictures below falls in the second category. He’s simply called Cat and has a striking dual-color-tone face along to go with a charming personality. Cat has thousands of fans online thanks to his pics and videos that have recently gone viral. 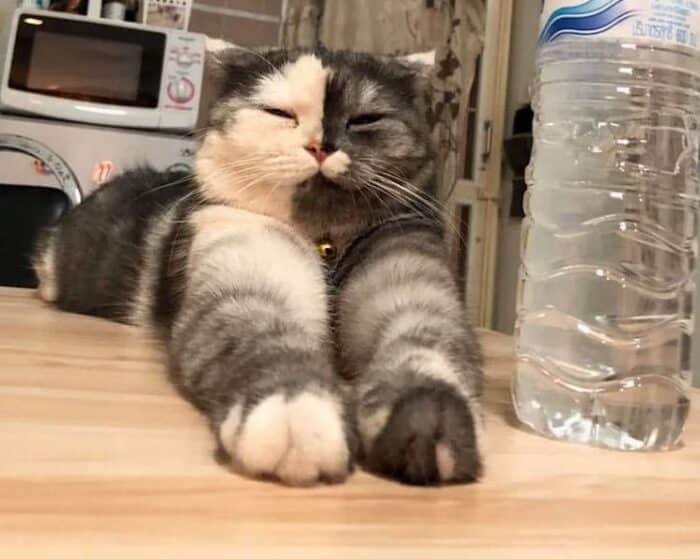 What’s the reason behind those unique colors? He’s not a Two-Face in a cat Batman world, right? No, he isn’t. Those two tones are a result of genetic chimerism, a distinct natural condition where the organism responds more significantly to a single distinct genotype. It’s not hurting him in any way – he just looks cool. 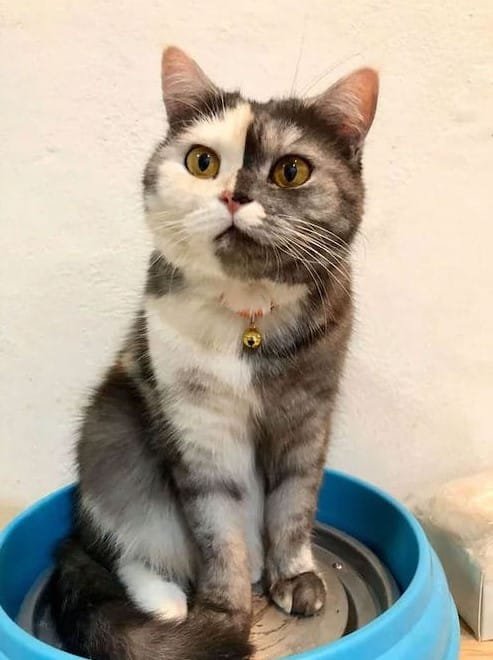 Cat’s unique appearance has made the rounds online and delighted all cat fans. His owner, Eve, answered some questions online when she posted pics and videos of him. Born in 2018, he’s almost four years old now. He’s a rare mix breed of a Scottish fold and Persian cats, and his white and grey face looks pretty unusual. 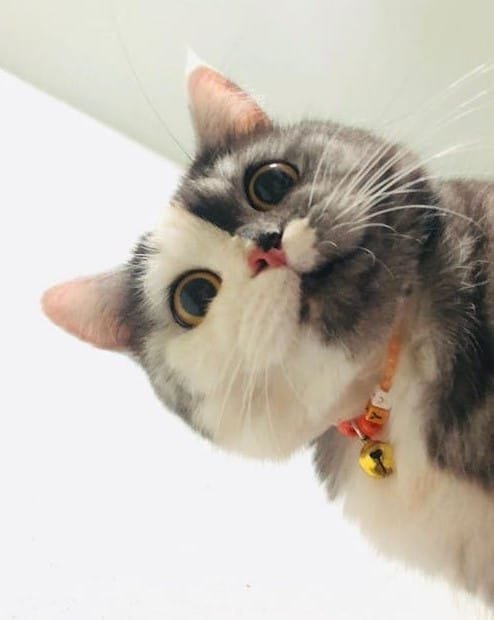 As Eve says, he pretty much looks like Two Face. But, he’s not evil in any way, instead being a very affectionate kitty. He’s playful as any other cat and a bit mischievous, shredding paper rolls around Eve’s home every chance he gets. 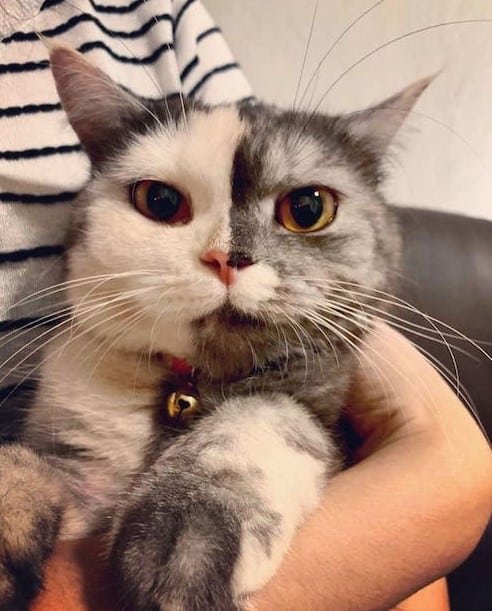 Isn’t he amazing? Tell us what you think in the comments!