Take a look at this big boy. He’s named Fenrir after the mythical wolf in Norse mythology, and considering his size, that’s no wonder. He’s owned by a man of Michigan who’s no stranger to cat giants. His previous cats held the world record for tallest domestic cats, but they sadly passed away in a house fire. He knew he couldn’t live without a cat, so Will Powers adopted Fenrir when he was 12 weeks old. Funny thing – Fenrir is the brother of the previous Guinness world tallest domestic cat world holder – Antaris. 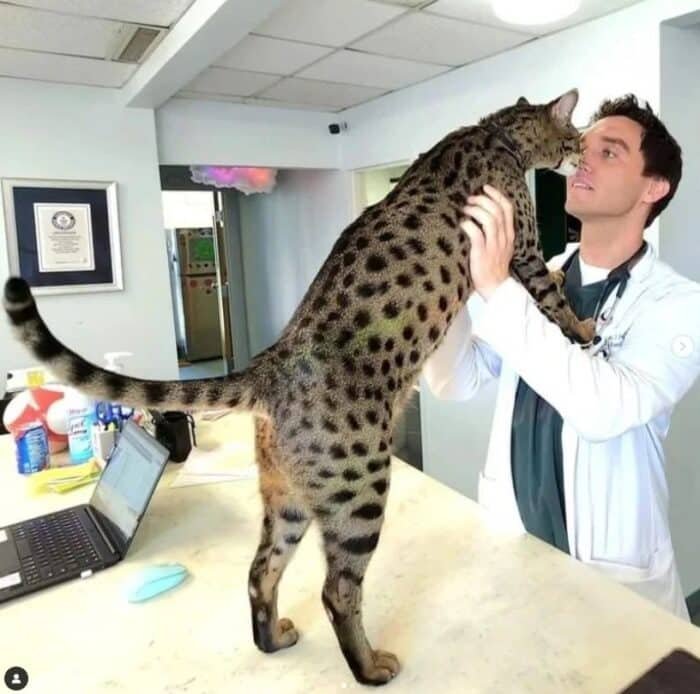 He kept a growth chart for him and it was clear he’d grow big. Will was certain he’d outgrow his brother, and he was right. Now just under three years old, Fenrir has already entered the record books. While he seems intimidating, Will says he’s just like any other cat. He even takes him to work (he’s a physician and HIV specialist) and he lives the life of a rock star there. Everyone gives him pets and takes pics with him, so it’s a win-win for the cat and everyone else. 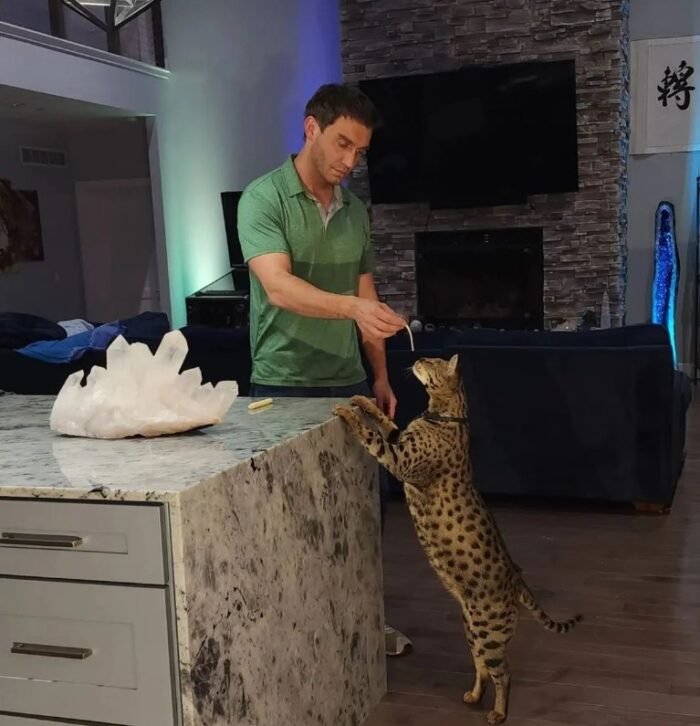 And get this – it’s not the only cat of Will’s that holds a Guinness World Record. His other cat—Altair Cygnus Powers, a Maine Coon, holds the record for the longest tail on a domestic cat. That’s great work by their dad and we hope they live a long and prosperous life.