The love animals have for each other is incredible. Dogs are especially loyal and are regularly seen mourning their owners well after they’re passed away. Recently, an elderly couple who had a dog moved from their home to an assisted-living center. The dog was unfortunately abandoned as the residents of the buildings spotted him hanging out at the entrance every day. But, it was never alone. The poor guy was sleeping on a blanked by the entrance day and night, and most of the time, he had a cat buddy by his side. 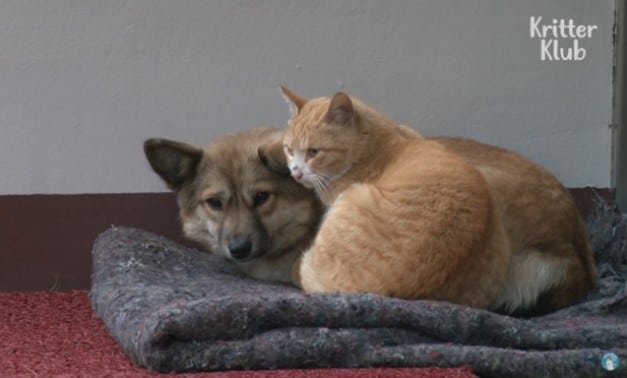 As it turns out, it was a homeless cat that lived in the neighborhood providing the pup with some comfort. For six months, they become inseparable. The cat followed the dog everywhere it went, and they even shared food the residents left for the pup. They slept together cuddled, warming each other until the morning came. 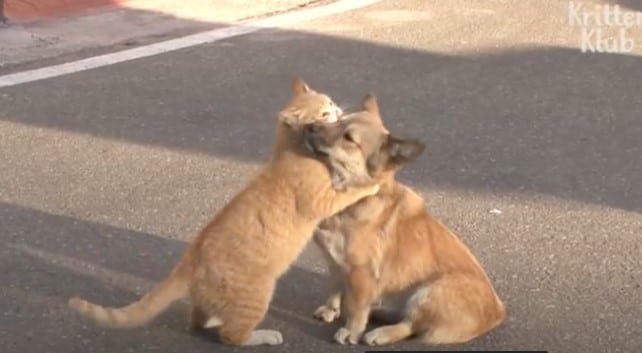 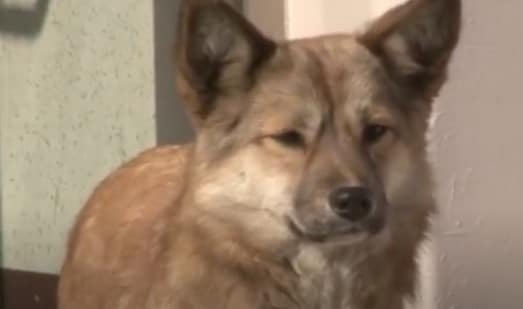 The residents knew they had to do something for both. While a kind person made them a shelter, it was clear that they needed a permanent home. A rescue center was eventually called and they managed to catch both. The good news is that both the cat and dog were in good health, and now they had a warm spot. They have already been put for adoption, and we hope they find the warm and loving home they need together.