Temperatures in Minnesota were sweltering this summer, peaking over 90F. That kind of weather is tough on anyone, but it was even tougher on a homeless man who was found living in his car with 47 cats. That’s right – he had four dozen cats in his car, who were taken away by veterinarians from the Humane Society. 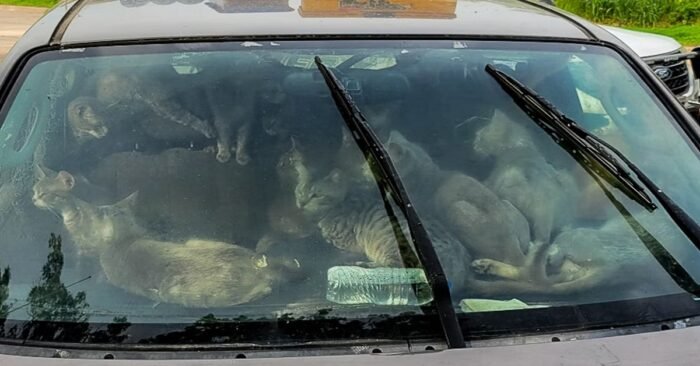 The man was reported to the authorities by residents of the small town where he was parked nearby. When a concerned officer tapped on the SUV’s window, he was shocked to see that many cats inside. It was clear that it was a living hell inside with the temperatures in June being incredibly high.

The man didn’t complain when the vets arrived to take the cats. He understood that at that point, he didn’t have any means to care for all those cats. However, he stated that he won’t leave the cats alone at any point. Despite the unsanitary and unhealthy conditions, all the cats were reported to be in great shape. They will be provided with any medical care needed and spayed or neutered before they’re re-socialized. They were a bit untrusting in the beginning as expected, but everyone’s working to help them.

As for the man, he was also medically checked and provided with medical care. We’re eager to read more news about him and see how the 47 cats are doing, so stay tuned for any updates.