Cats are sneaky creatures that can give their owners a heart attack. Well, not literally, but sometimes, the things they do are scary. Just take a look at Carrot. This sneaky cat has frightened its owners so much, that they had to tape a sign “Check for cats arm b4 closing” on their fridge. In a comical situation, the owners did put up this sign as the cat has ‘borrowed’ items from the fridge before. 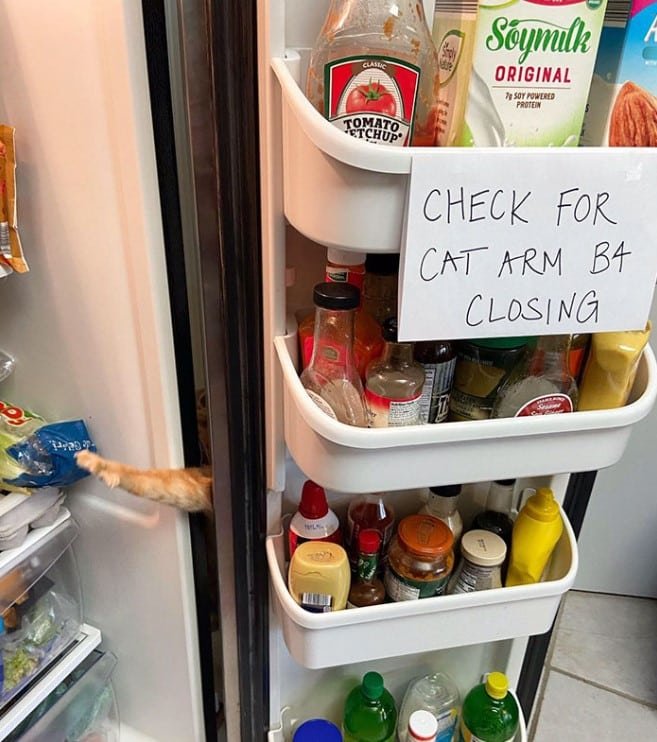 Carrot is an orange tabby that was found wandering around a gas station. It was brought to a vet hospital by kind people and was fostered for a bit by some people. It was a bit stressed at first, then returned to the hospital. It lived there for a week, before a friend of the family that adopted him brought him to an apartment.

As soon as they laid eyes on him, it was clear Carrot had a new home. He was in a foster home for just a week – that’s how eager the kitty was to move to a new home. His new owners say that he’s a very playful kitty with a big heart and personality. Any time he’s engaged, he’ll respond. He’s also very close to his new humans – never more than a couple of feet away.

Take a look at a set of pics from Carrot’s new home. He may be a bit too eager to play and making his owners anxious, but he surely deserved the fate he enjoys now. 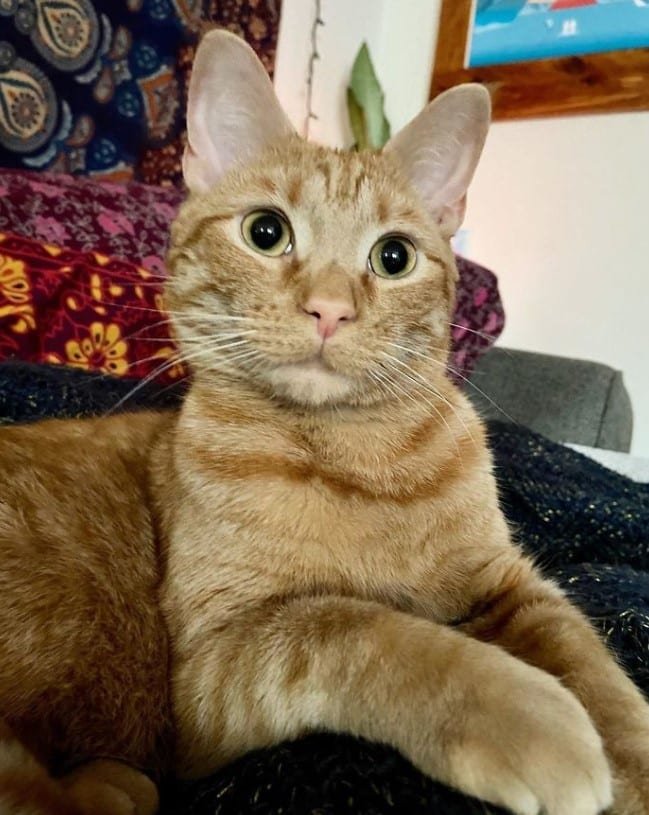 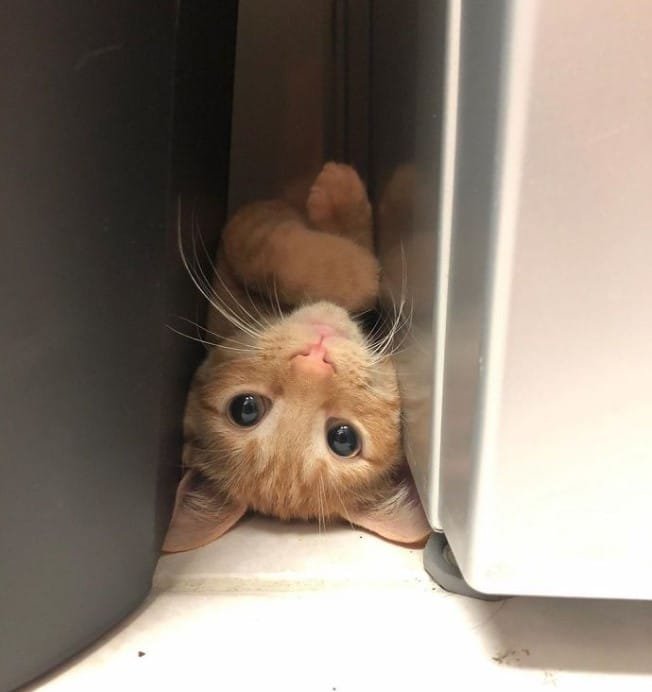 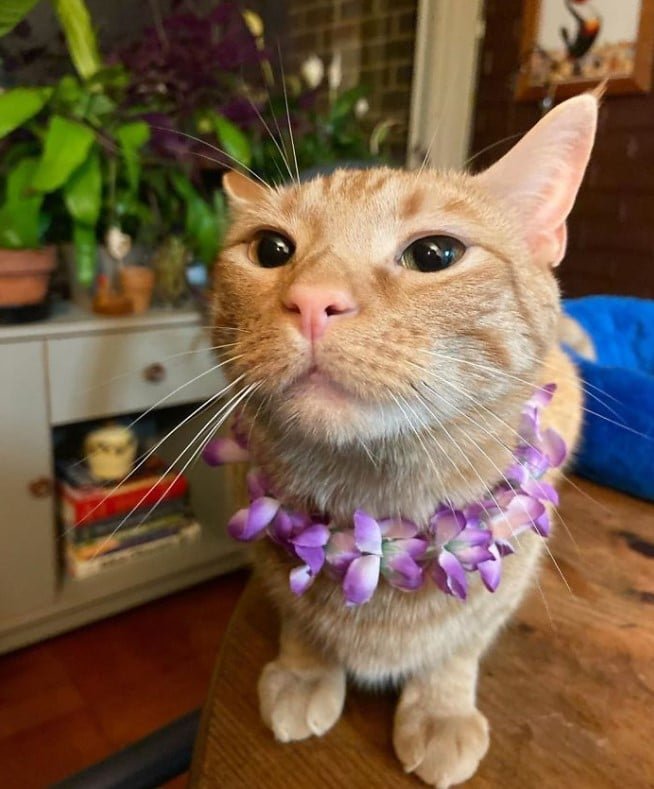 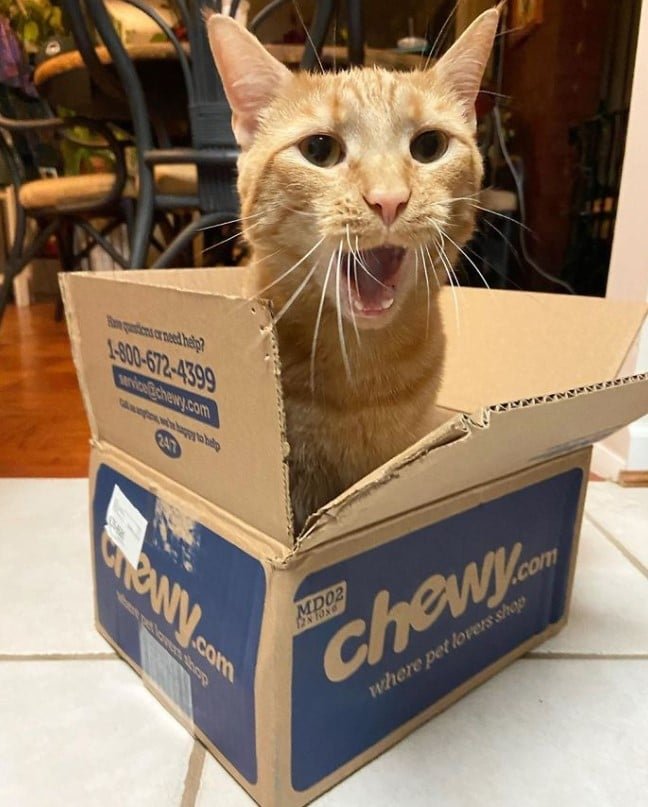 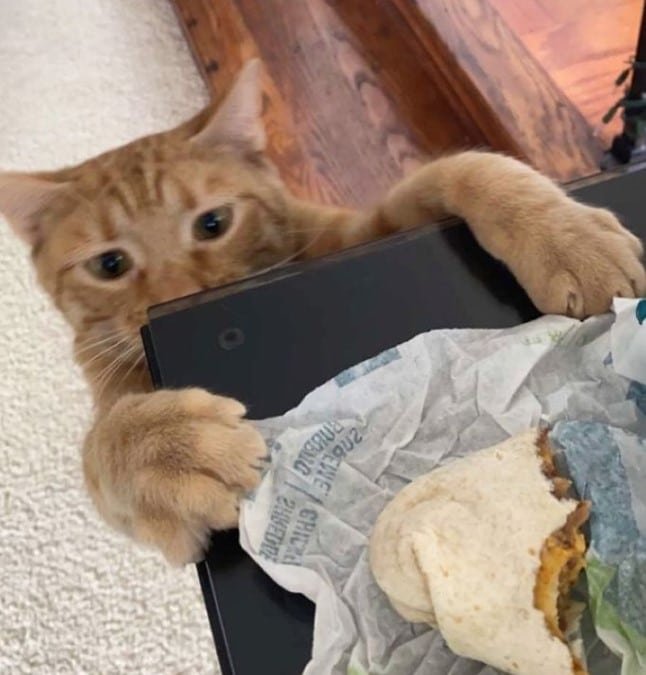 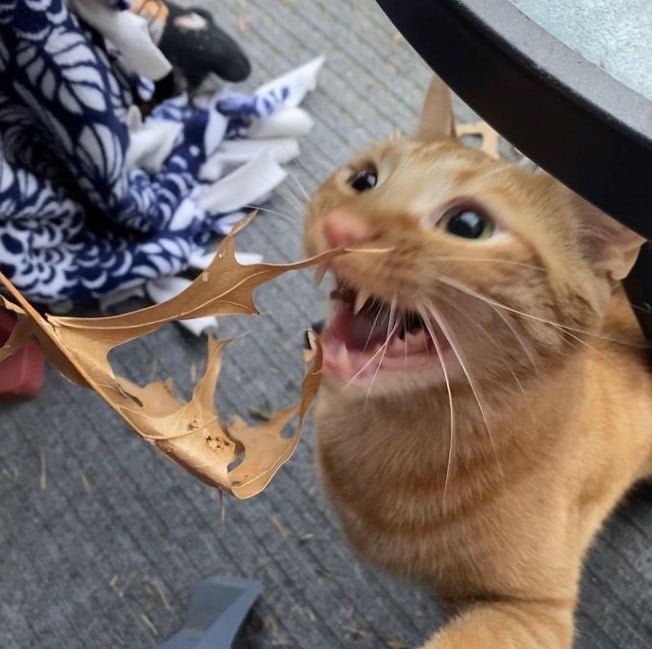 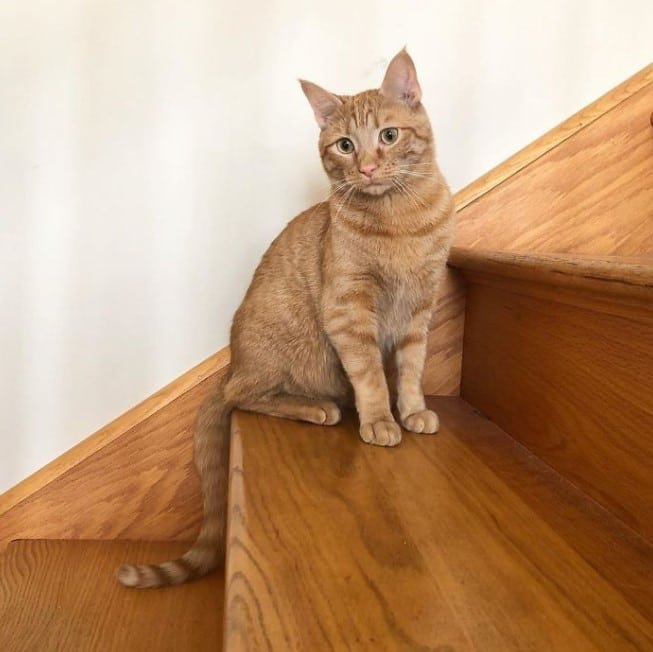