Kittens with abnormal marks on their fur or face or those born with genetic conditions are rarely adopted or even helped. However, the calico we’ll talk more about today overcame all odds and found her long-lost sister from the same litter in this feel-good story of the day.

Some time ago, a litter of kittens was found outside wandering without their momma.  They were brought by good Samaritans to the Wrenn Rescues center. Every hoped that the kittens would be adopted. They were tiny, covered in dirt and fleas, and obviously malnourished. To put it simply, they were in bad shape.

But, fate has something in store for us all, and luckily, it had the best plans for this litter. 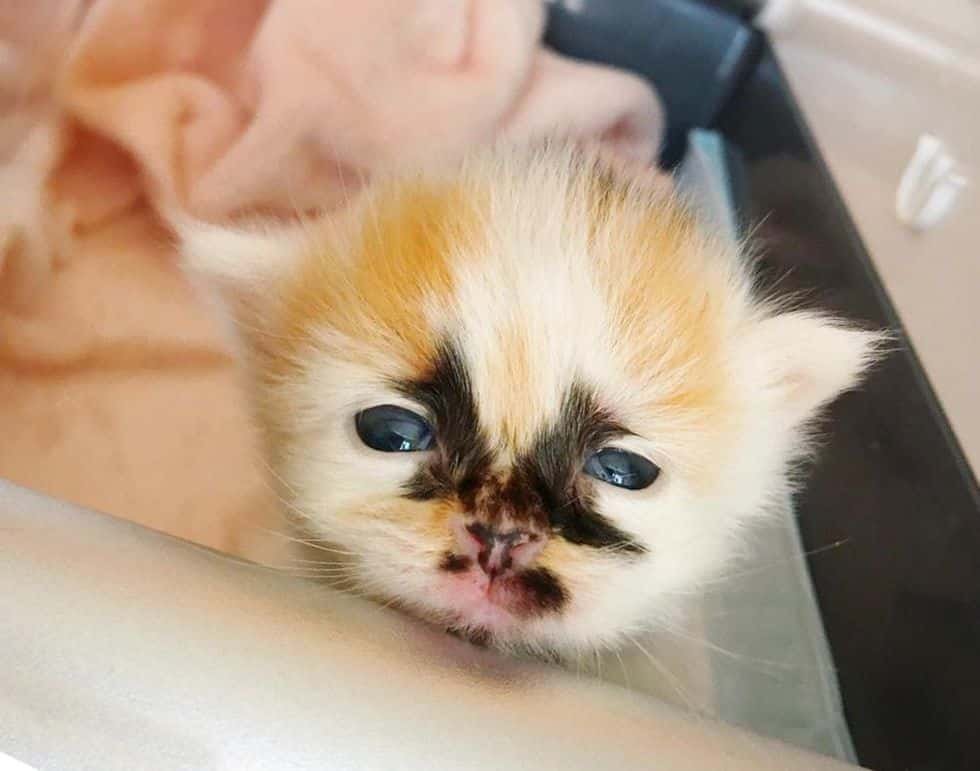 A Kitten with Rare Markings

One of the kittens that was clinging to life had unusual markings on her face. During the recovery period, the kitten was always cuddling with her sister Lorna. They were together the whole time, so it made sense for them to be put up for adoption as a pair. 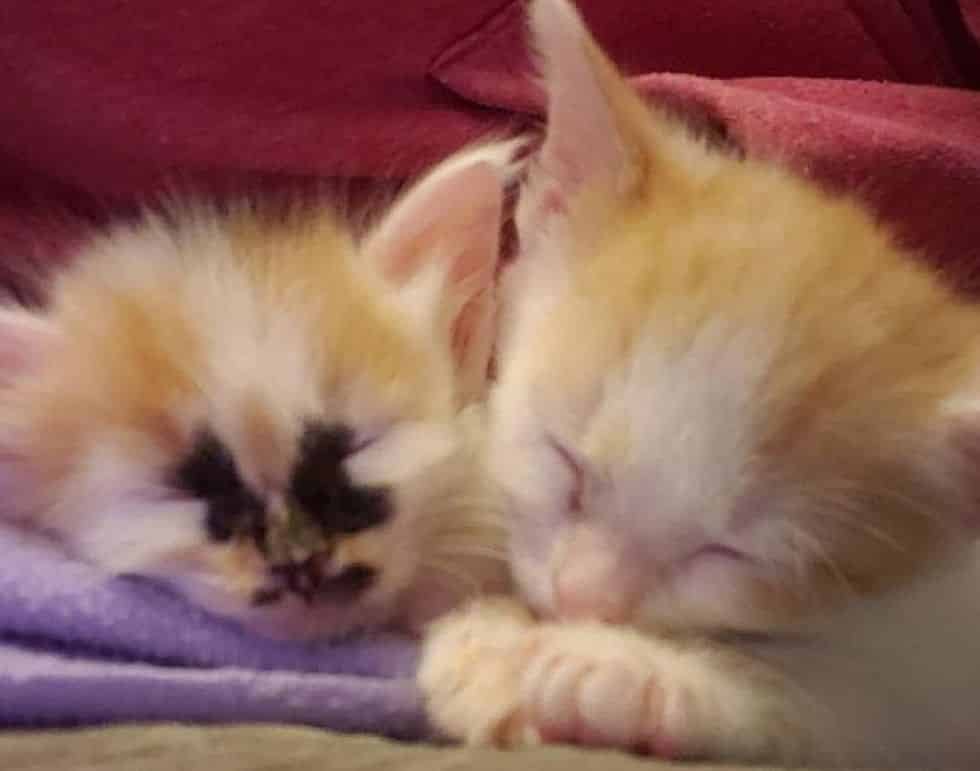 When the kittens were out of the woods, they were transformed to a new foster home. At a month of age, their personalities began emerging from under the frail shell. The sisters were the sassiest mischief-makers and the cutest of the bunch. Their foster mom even built a special suite for their escapades. 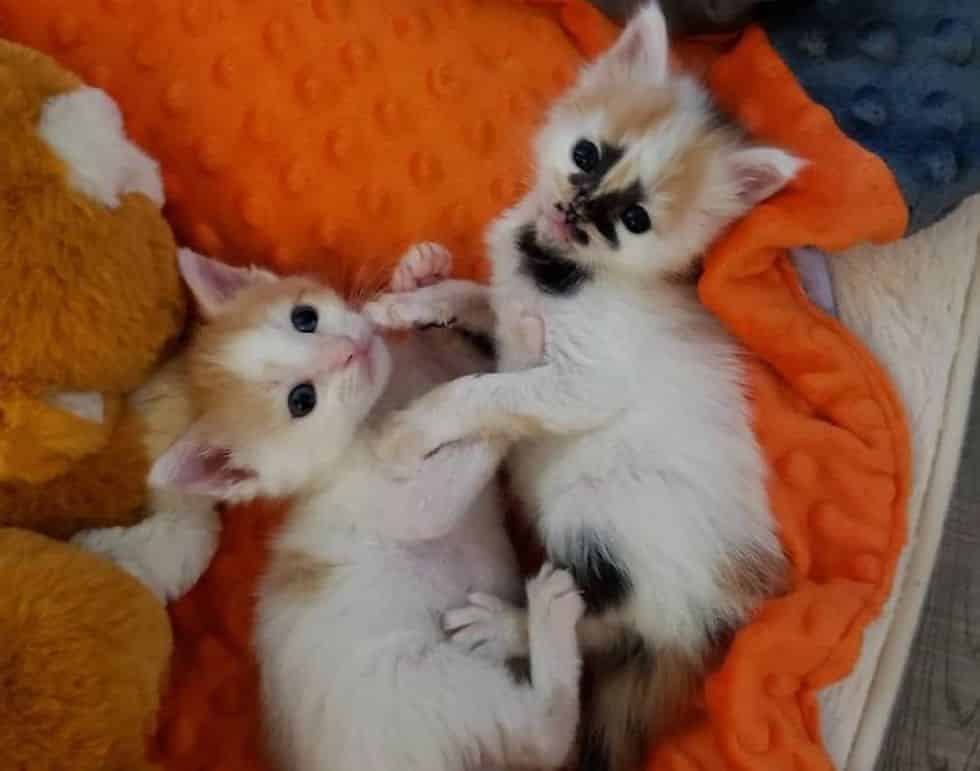 Lora and AW had great attitude, just like small kittens do. Lorna was the princess, and AW was a bit rougher, but still cute and playful. As time passed, the dynamic duo grew into gorgeous cats. There were many people who wanted one or the other, but they could only get adopted in pair. 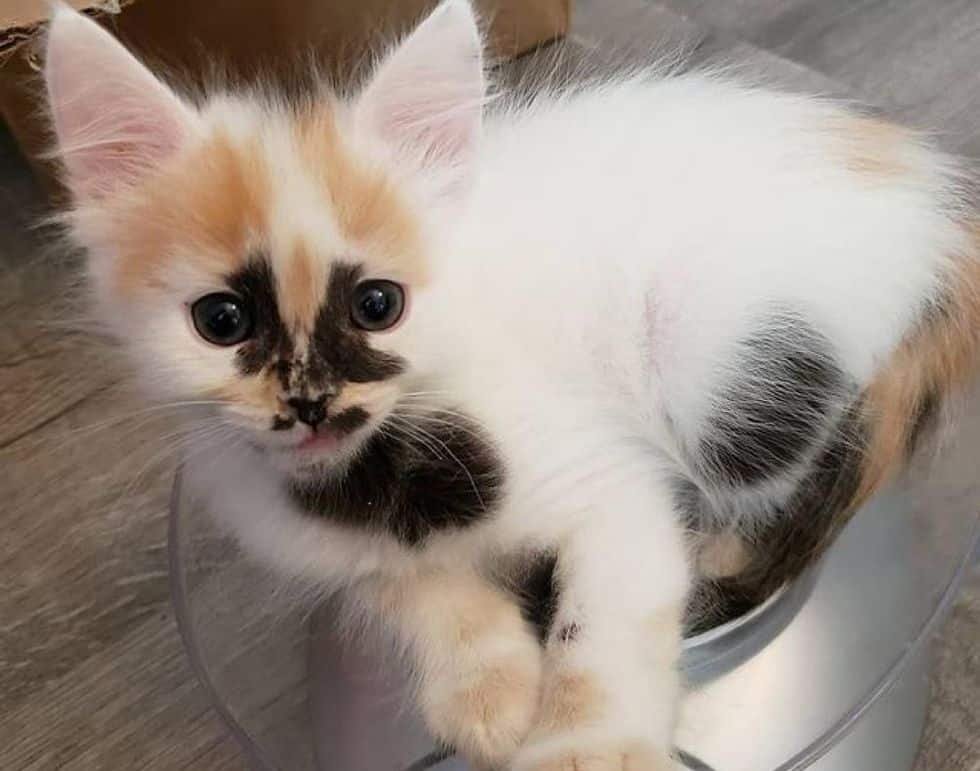 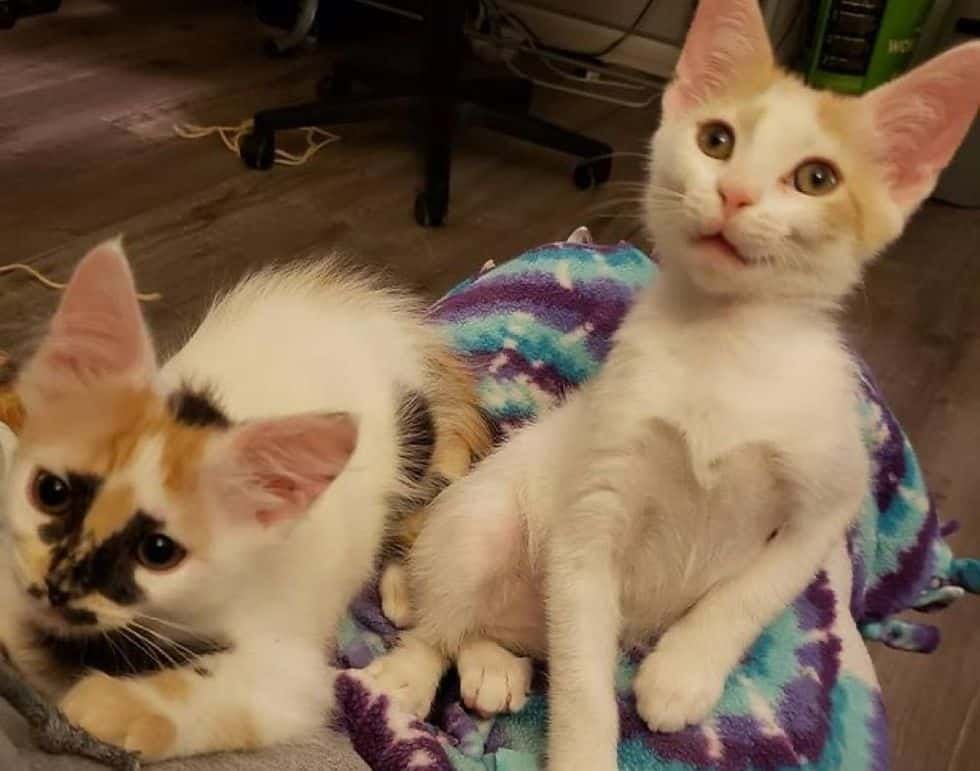 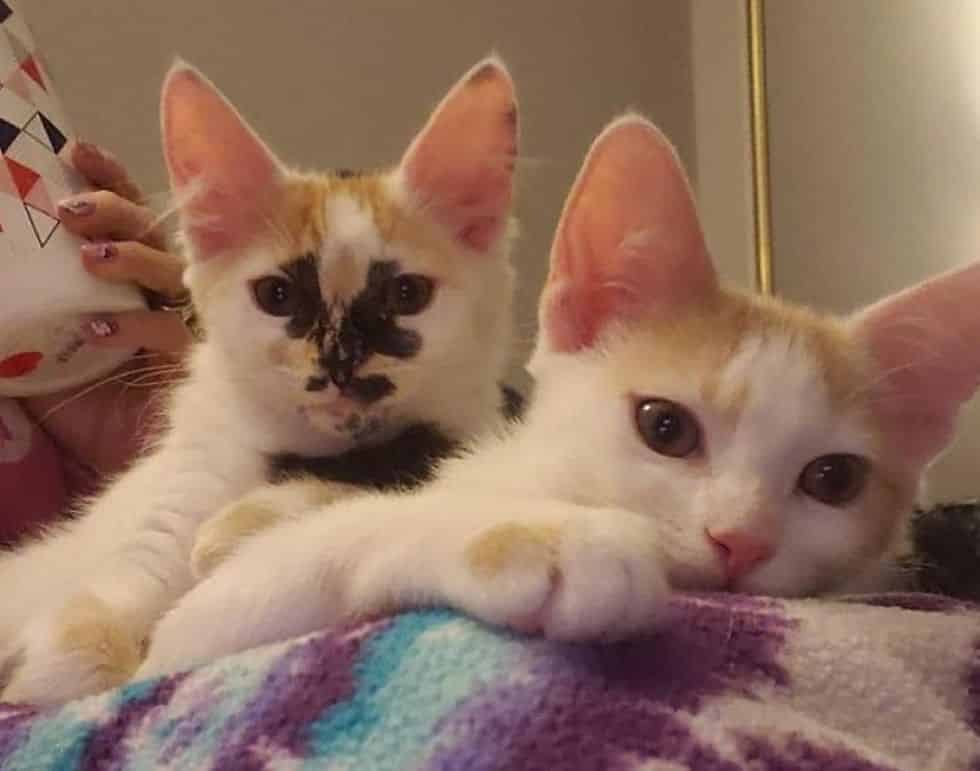 It took a while, but the duo found a perfect loving home after a few months. They are now renamed Miss Spark and Miss Forcible and are living the best life. Their new mom says that they’re two little rays of sunshine, inseparable in their new home just like they were from the first day.