Animals have truly strong maternal instincts – one could say they’re stronger than those of humans. We’ve seen many cat mommas taking litters as their own, even when they aren’t their biological children. In the latest such case, a cat mom that lost her litter took on a litter of pups as they were her children. 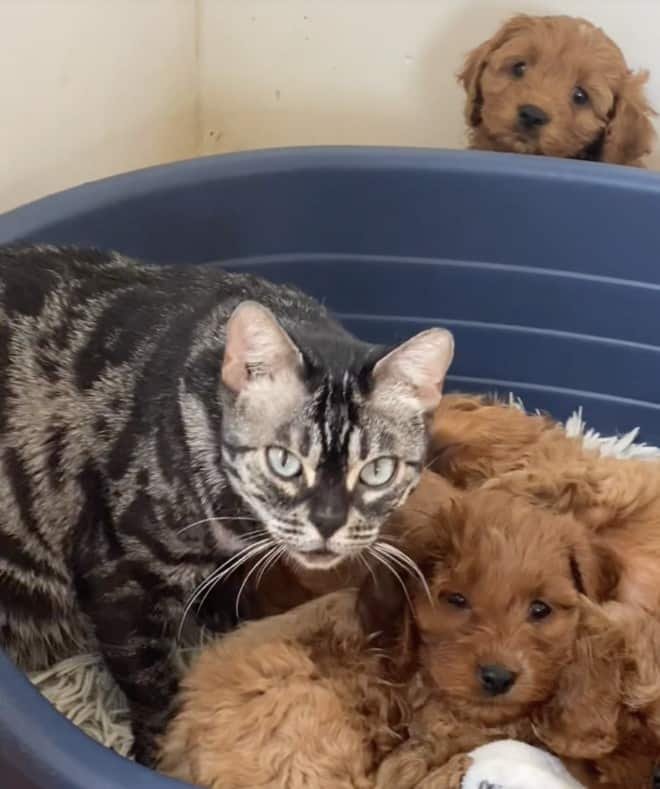 The story was shared online by TikTok user @kiwigirlxoxox. Her cat lost a litter of kittens back in March and she was depressed. Soon after, her dog gave birth to a litter, and the cat was very interested in them. She would come to them every day and clean them up, and the dog didn’t mind. After a while, @kiwigirlxoxox realized that she was trying to mother them.

She soon started taking videos of the cat and the litter of pups. It was seen over 1.5 million times on TikTok, going viral quickly. The cat can be seen cleaning the pups up and helping their biological mother take some time off and rest. Even after three weeks, the momma cat is taking care of the pups. It’s an unusual case, but not unheard of.

The pups were lucky to have two mommas instead of one, unlike many others. We love the fact that the cat accepted them as her own, and hope that others do too. There are litters of motherless animals out there, and they need all the help they can get while growing.