Dean Nicholson, who is a 31-year-old Scottish traveler was tired and bored of his job as a welder so he wanted to change his lifestyle and see the world from a bicycle seat.

“I couldn’t do the 9-to-5 thing,” he explained in an interview with The Washington Post. “I wanted to see the world and see what state it’s in.” So, he soon decided to cycle across the world solo and he began his long journey riding from his hometown Dunbar, Scotland. 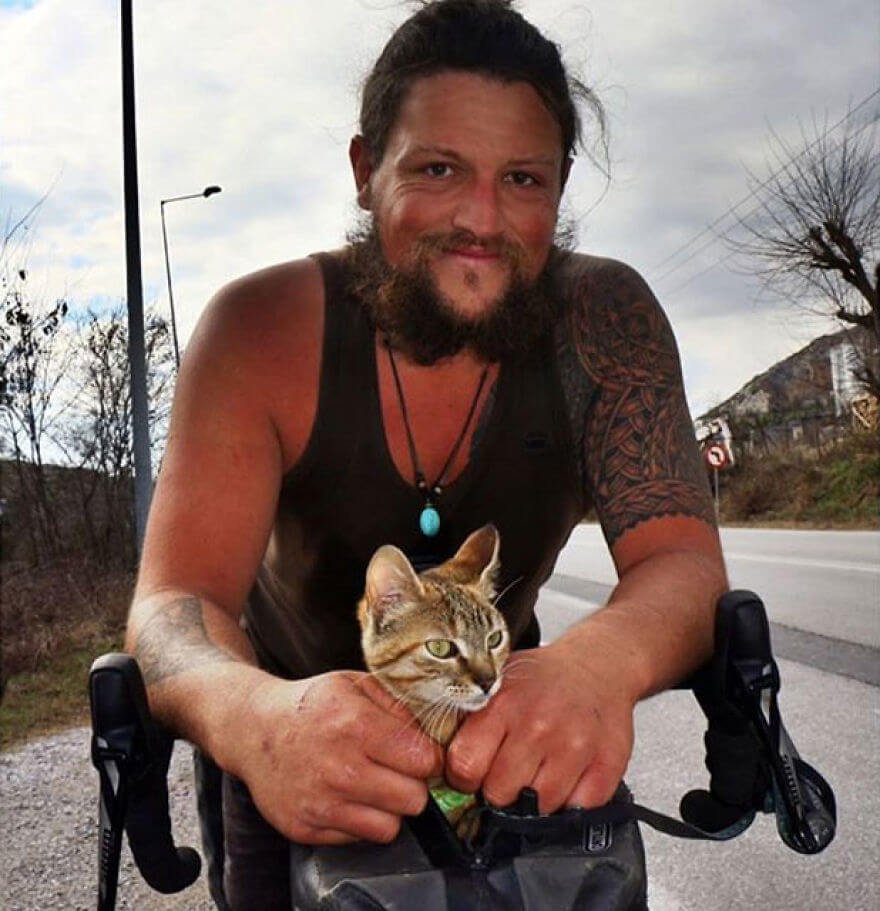 From there, he went and rode through eight different countries and sharing his wild adventures online. However, his plans got changed a bit when he was crossing the Bosnian border into Montenegro and came across a tiny kitten, alone and hungry. 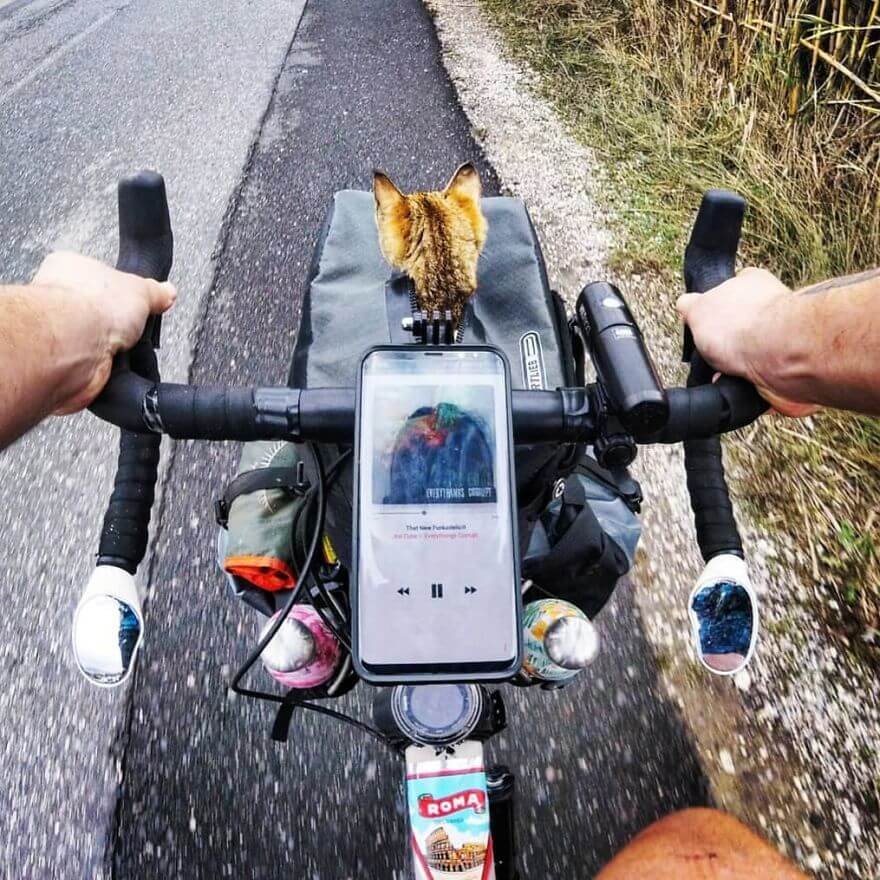 When he first discovered the kitten, he decided to stop for a second to stroke her and move on, however, the kitty had immediately taken to the biker. She began chasing him and wouldn’t leave his side. 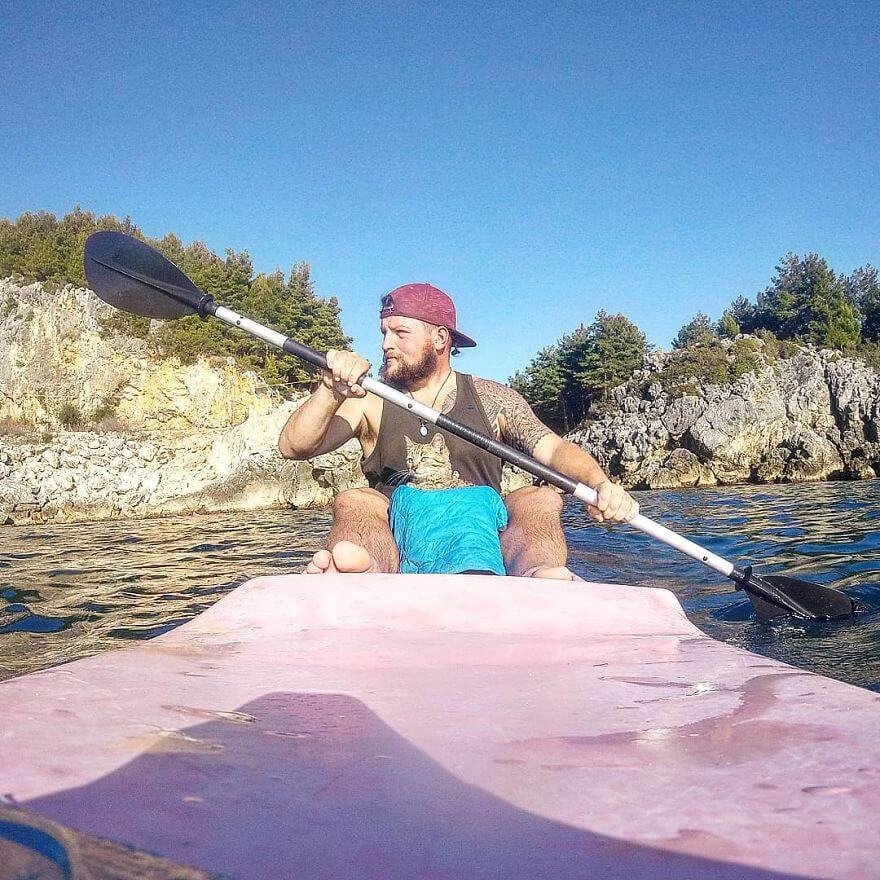 “I turned around and I had this wee monster chasing after me. Meowing her heart out,” Nicholson told. “She was quite scruffy looking and she was quite skinny.” 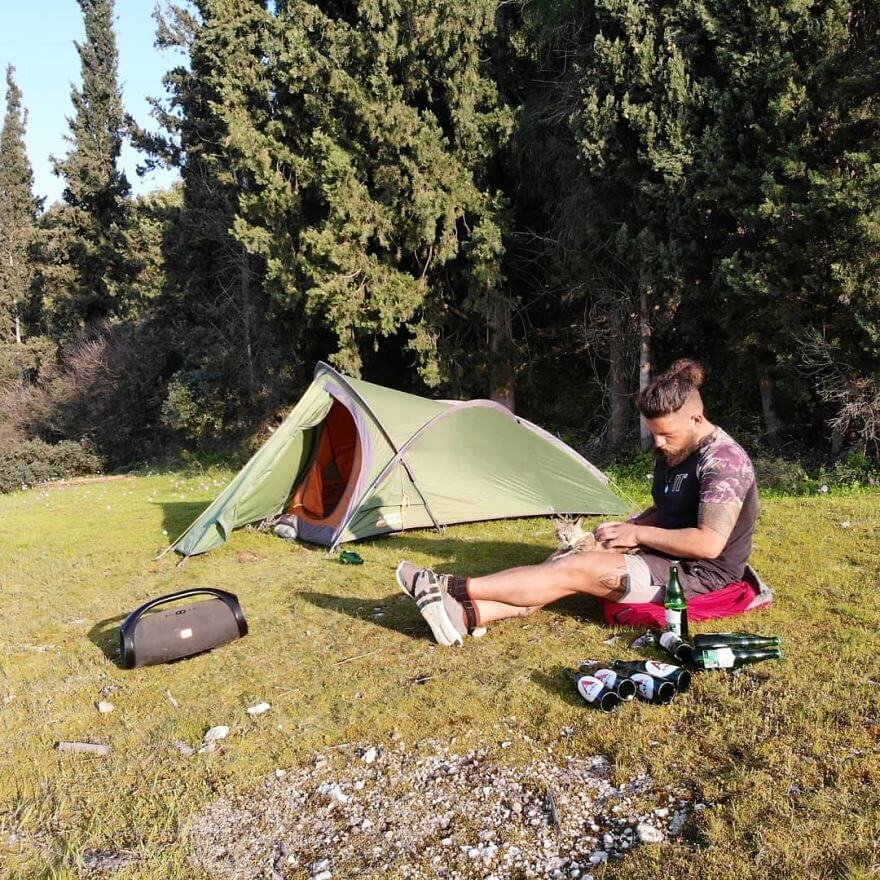 He just knew that her previous owner must have intentionally dumped her and the animal seemed intent on joining him. So, Nicholson decided to take the kitten to a vet, brought her on his journey and named her Nala, after one of the characters in the movie ‘The Lion King’, which is one of his favorite movies. 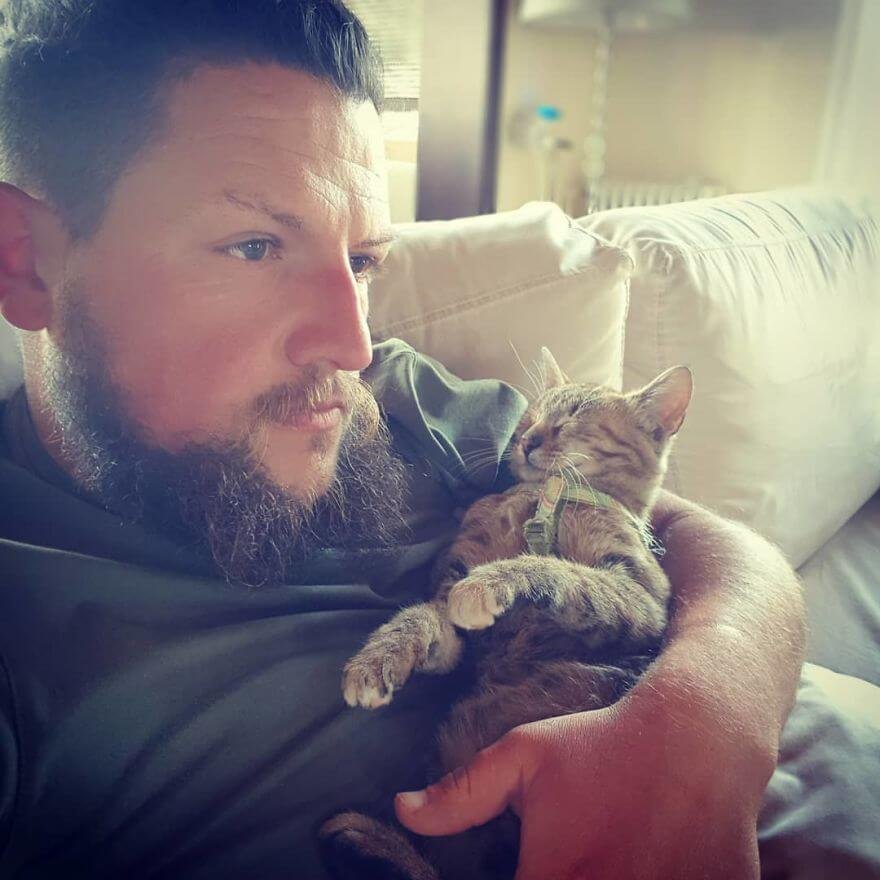 He made just enough room for his companion in his front basket, clearing out some digital equipment and carefully placed her there. Nala immediately began showing her loving personality and adventurous soul. Sometimes she jumps out of the box and then takes a nap or sits atop her loving owner’s shoulder. She attracted attention everywhere they went. People were always asking for pictures of her! 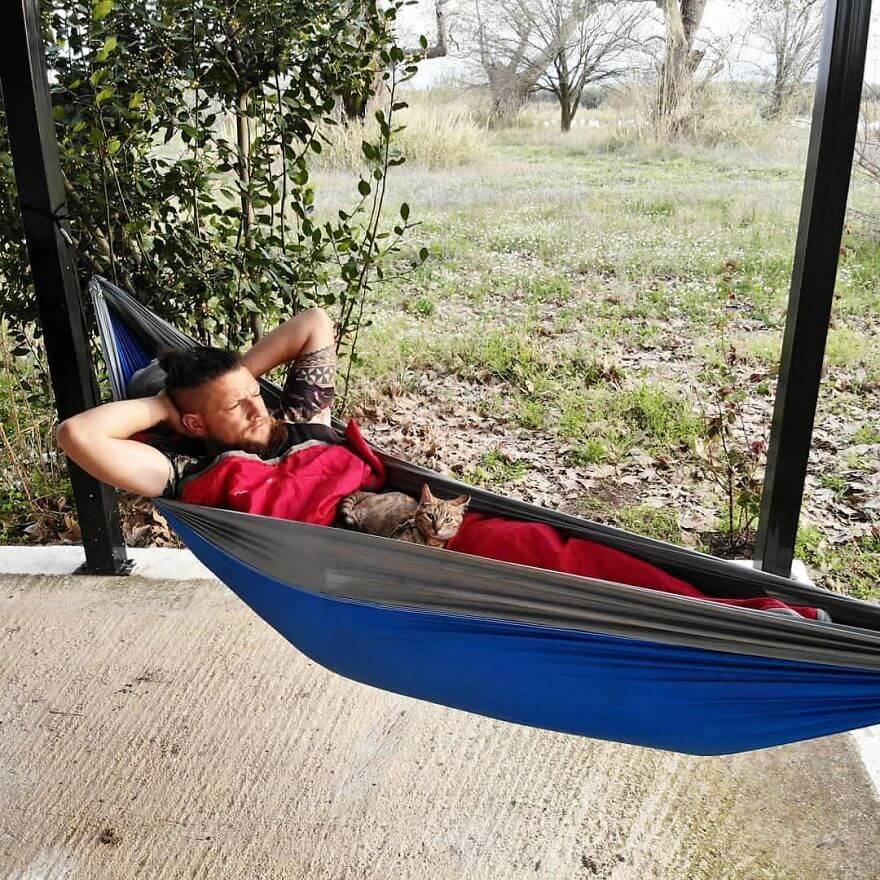 The pair traveled from town to town and explore new places together. And of course, their unique bond became even stronger than ever.