A long seven years ago, when Robert first decided to move from California to Ohio, his plans were postponed due to the disappearance of his beloved fur-kid named Chebon. Their friendship was apparently very special and strong and the two of them were simply inseparable. It was for that reason that Robert put off his relocation to stay and search for his cat.

He went ahead and informed friends and he also contacted local animal organizations and shelters to call help. However, after 12 months with absolutely no luck or results, he had to move on. Robert was completely broken and lost the hope that might someday reunite with his 12-year-old cat. 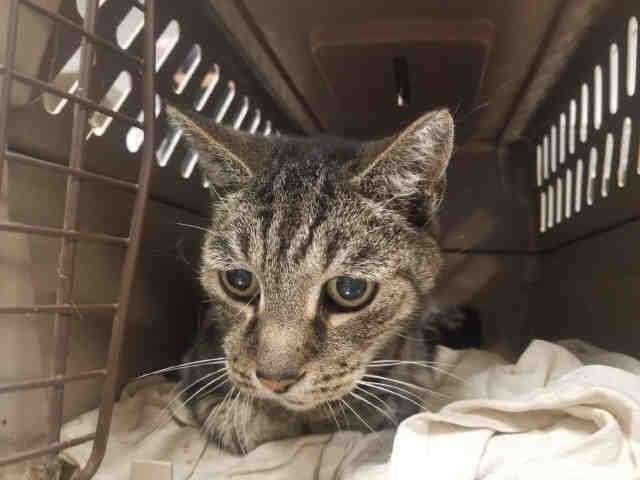 Seven very long years had passed since Robert last saw Chebon. But then, out of nowhere, good news arrived and the impossible happened. One day, Robert received an unexpected call that left him in total shock: Chebon had been found and was still alive! At first, Robert was terrified that this was all some kind of mistake.

A kind-hearted woman apparently spotted Chebon on the side of the road and took him to a local vet. Thankfully, despite his living in the streets for so many years, Chebon was generally healthy. Employees decided to check the microchip and through that, found Robert’s information. They also discovered that Chebon was, in fact, a total of 19 years old. 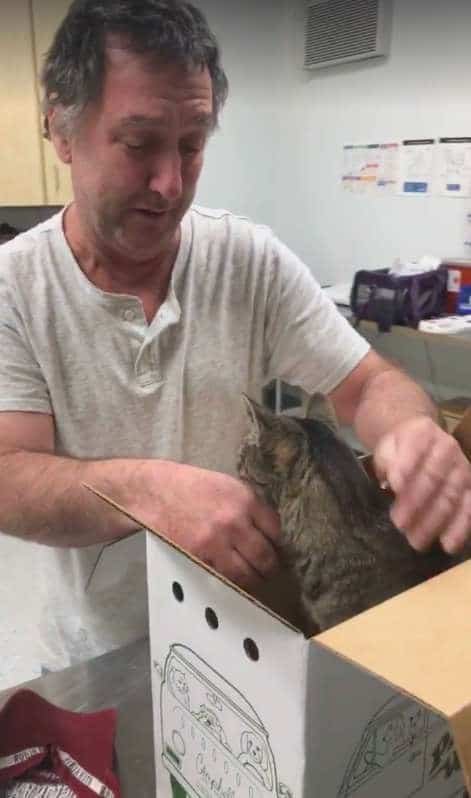 Of course, Robert immediately booked a flight to Los Angeles and drove up to Camarillo Animal Shelter. Once he arrived, he was brought into a private room.

Robert was so totally emotional that he immediately burst out into tears. At first, Chebon himself looked a bit stunned, however, he soon realized his human was there.

“Everyone in that room — there was another animal control officer and she was crying, I was tearing up,” Randy Friedman, marketing manager for Ventura County Animal Services, explained to The Dodo. “It was amazing from beginning to end — and it was all because of a microchip.”

Watch the emotional reunion in the video clip just below!