Nabi the cat was abandoned a long time ago. He lives all alone on a hillside which is a popular spot for many hikers, so many people feed Nabi all the time. He’s used to humans being around her and waits for company every day at the same time. And, while you may now think “Why hasn’t anyone picked her up?”, let us stop you – Nabi doesn’t want to leave the hillside. 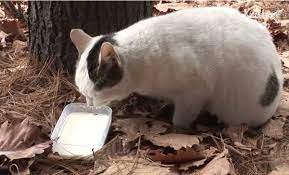 One day, the locals on the hillside brought a vet to see how Nabi’s doing. The vet says that the cat is around two years old and male. He’s also perfectly healthy and apparently raised by humans. The vet said that he recognizes this by the way Nabi doesn’t run away from humans when they feed him. Even though it pains us to admit it, the cat was probably abandoned by his humans which is really sad. Even sadder, he’s probably waiting on his humans to come back for him on the hillside every day.

Nabi stays on the same spot even when it rains and pours, not to mention on the snow. The poor kitty is waiting for his owners to come back and take him home, unaware that he’s been abandoned. It’s a really sad story which showcases how selfish some people can be. Thankfully, Nabi gets food and pets every day. He also has locals caring for him so we think he’ll be fine. He certainly deserves a better life. 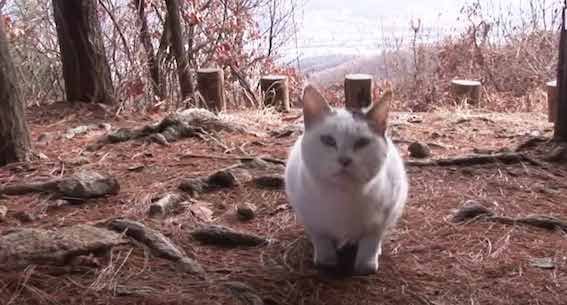