Russell the Cat is a fire survivor who has found his true calling after a brush with death. The poor kitty was caught in a wild housefire that reduce the home he was living in to ashes. It took the life of his buddy dog, while his mom was saved in the nick of time. She thought she lost Russell too, but after four days of digging through the rubble, firefighters finally found him. 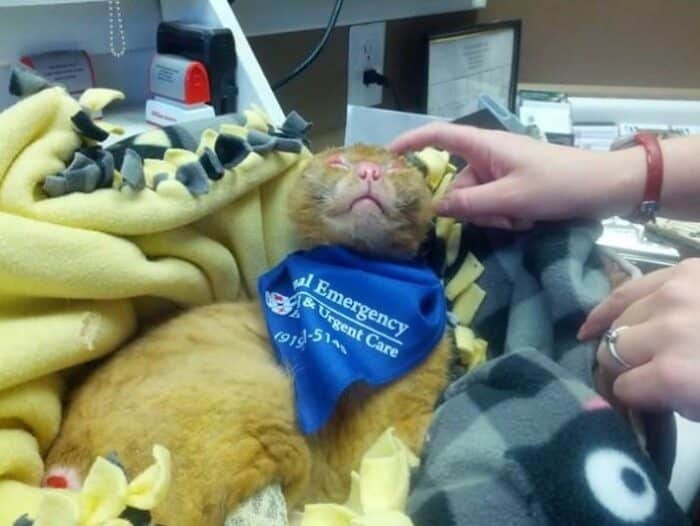 He was on his dying breath, but no one gave up. Russell was brought to a vet center with severe burns and began a long road to recovery. There were third-degree burns on his body and face and the poor cat needed a lot of care. But, with the help of the Animal Emergency Hospital and Urgent Care Center in Raleigh, North Carolina, and the community, he was given five-star care. After a year and a half, Russell overcame all odds and became the clinic’s resident cat. 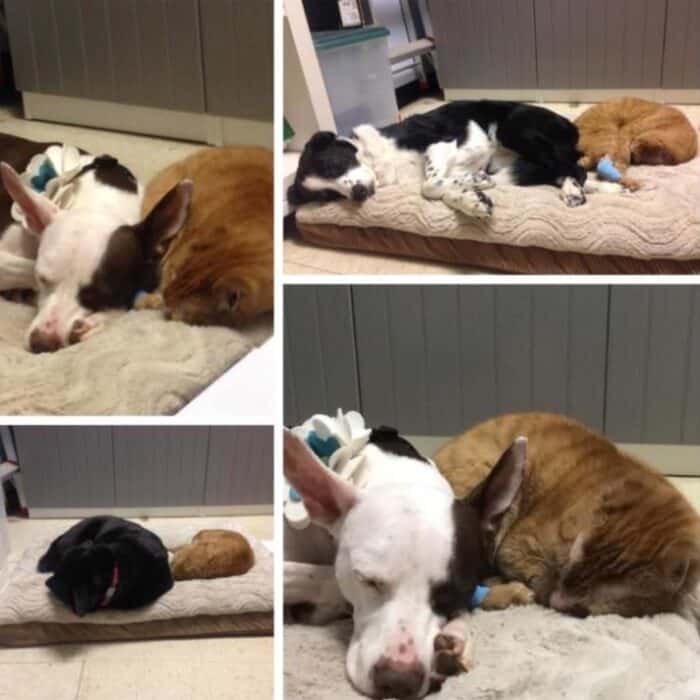 Giving Love and Comfort to Others

Russell the cat now may have lost one of his nine lives, but he’s putting the others to good use. He now brings comfort and love to other animals in need. After the miraculous recovery, every pet in need of care is now under his watchful eye. He loves providing comfort to other patients and connects with them at a level previously unseen. 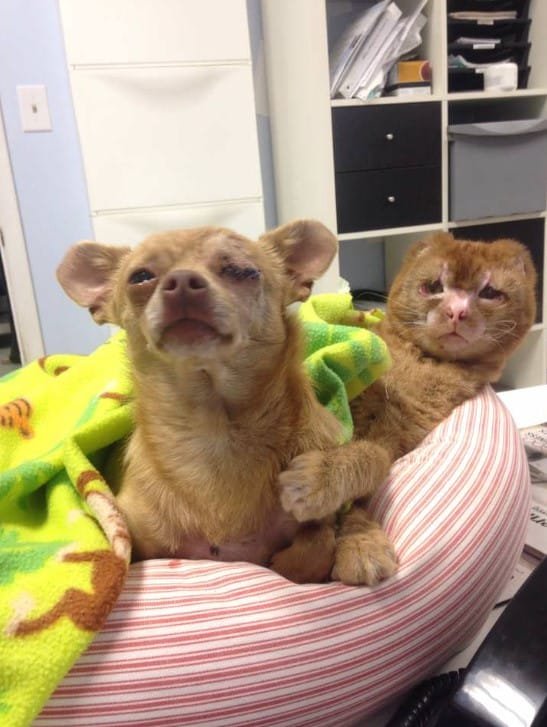 And it’s not just cats. He loves dogs too. It seems that the little fella loves everyone around him and we love it. He even befriended baby Darla the deer who was found roaming in the wild with her mom missing. The staff once hoped that he’d be reunited with his mom, but due to the extend of the injuries, they decided it was best for him to remain at the center. 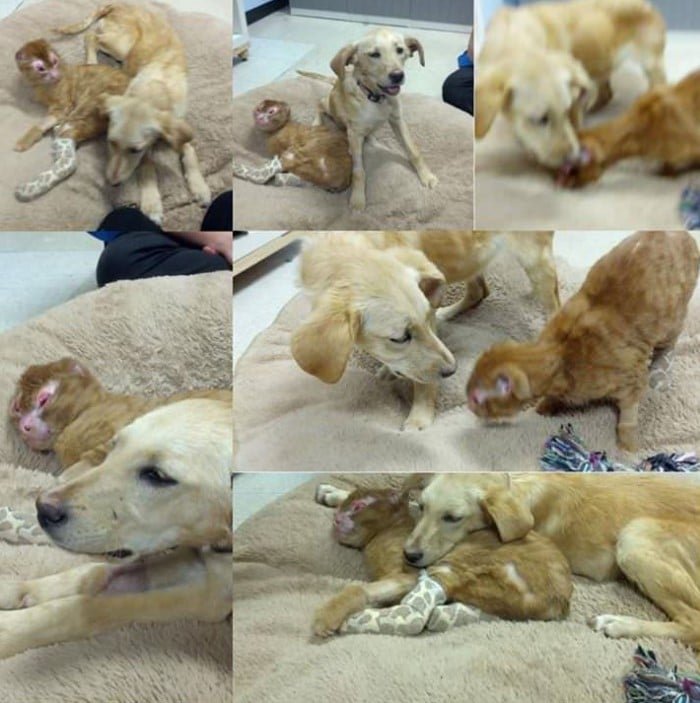 And we support that decision. He lives the life of a rock star there, and helps others too. What better way to live? 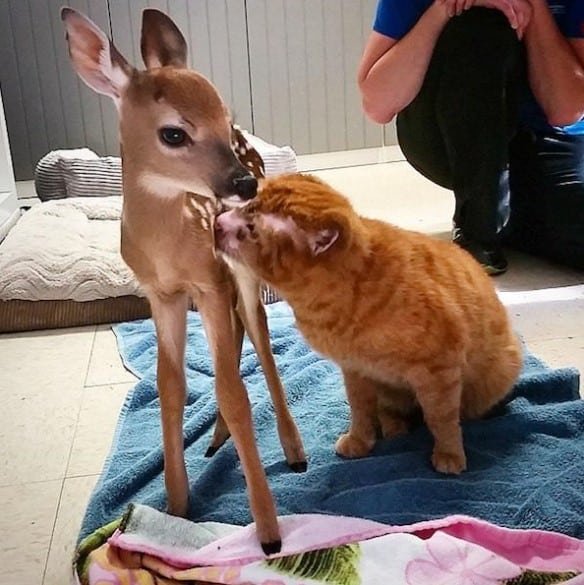