The doggo you can see on the picture is named Georgia. She’s an Australian shepherd mix that was recently expecting her first pups. Unfortunately, Georgia went into premature labor and as a result lost her pups. Heartbroken and scared, Georgia was looking for her pups as soon as the babies were out of her womb. 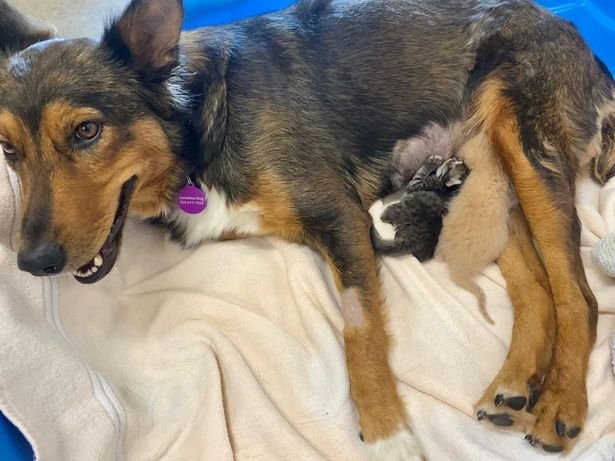 The Sunshine Dog Rescue staff from Phoenix, Arizona, was heartbroken to see Georgia so frantic. Nothing could have been done about the babies – the premature labor gave them no chance to live outside her womb. To make things easier for Georgia, the staff gave her a stuffed animal toy with a fake heartbeat. This simulated her babies and kept her calm. However, Georgia managed to become a mom in just a few short days. 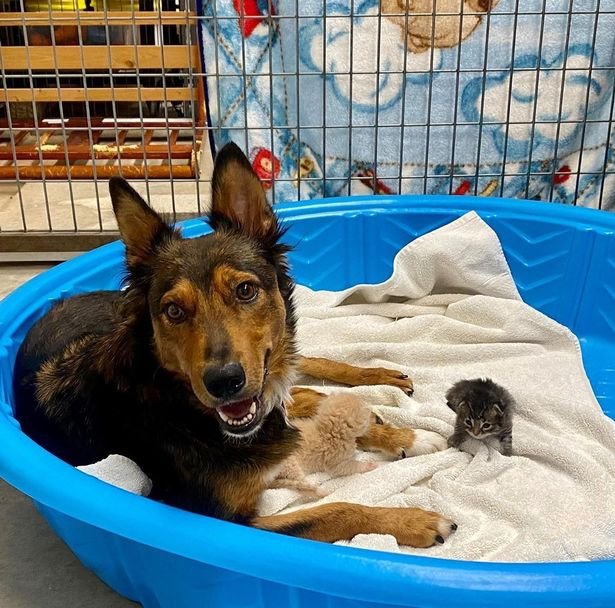 This time, it wasn’t pups, but a litter of newborn kittens. The motherless babies were found abandoned near a road and brought to the shelter. As soon as they laid their eyes on them, they immediately thought of Georgia. The kittens were brought to the mom-to-be, and she accepted them as her own. 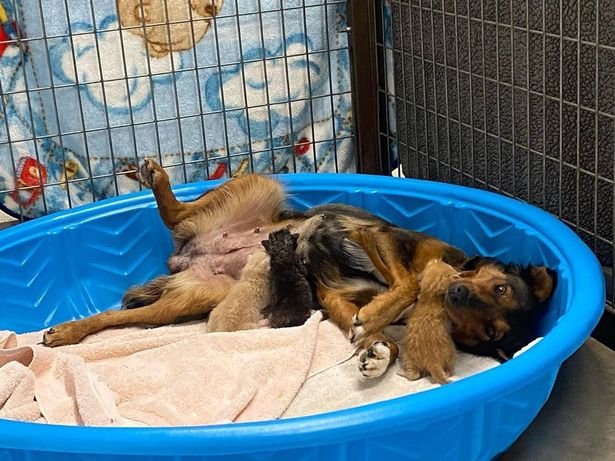 Two days later, tragedy struck once again when one of the kittens died. Thankfully, the other two are doing great. Georgia loves her kittens and spends time with them after every meal. She never leaves their side – they cuddle and they obvious love her warmth. 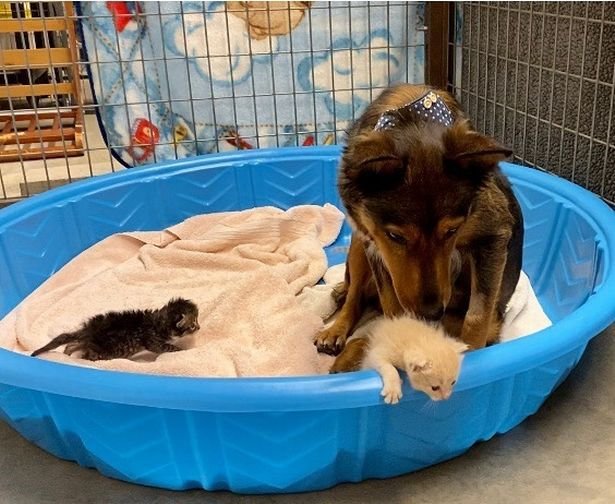 Named Gumball and Grafitti, the two kittens have already opened their eyes and love the sight of their new momma. The staff were pleasantly surprised by the outcome, as there was a chance Georgia would reject the kittens. Fortunately, everything went very well and it’s a win-win for both. The kittens have a new mom to look after them, and Georgia gets new “pups” after losing her own.