Mica Mendoza had a very unusual cat encounter lately. While she was shopping at H-E-B Plus! in her hometown of San Antonio, she met a cat with a name tag. It was obviously working in the store, reminding everyone not to forget their garden needs. 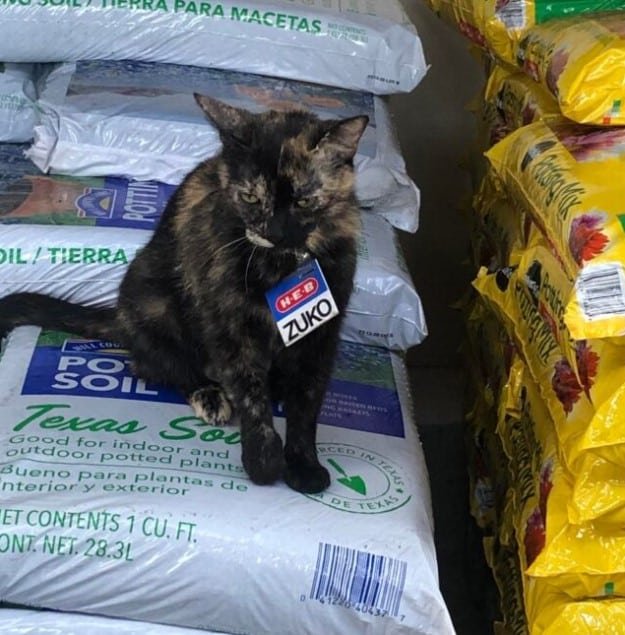 That wasn’t their first encounter. Mica had met Zuko before. Her friend saw it too, wandering around the garden aisle. Sitting on bags of dirt, Zuko didn’t mind having its pictures taken. The last time Mica saw Zuko, she decided to share the pics online, prompting cute responses such as “I’d like to speak to the meownager”. Zuko’s responsibilities were clear – keep rats off the property. 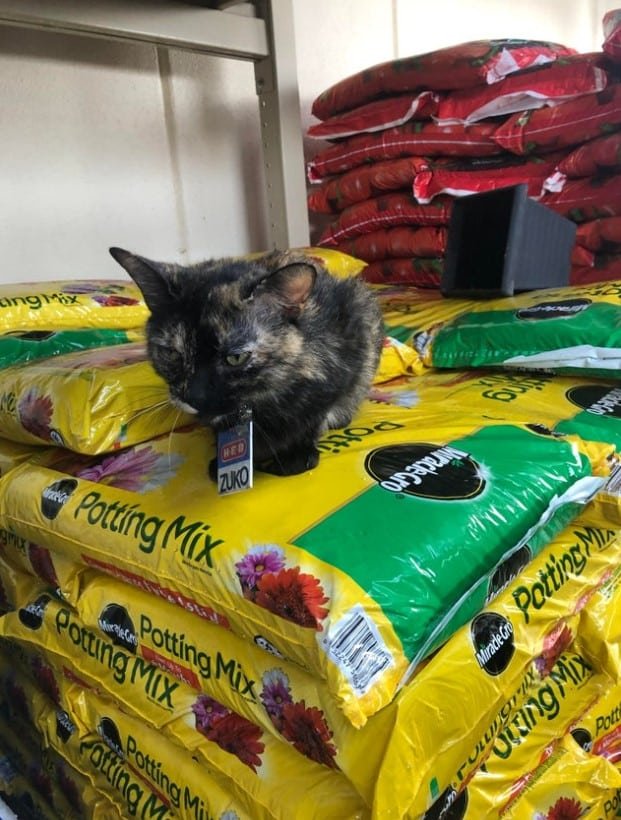 What she didn’t know is that his days working in a store were coming to an end. A promotion was waiting for her thanks to associate Lora Herrera.

Zuko first popped up in the store six months ago, looking for a place to give birth to her kittens. Those were taken by the staff, while associate manager Lora Herrera had her eye on Zuko. She named the cat after a character on Avatar: The Last Airbender. After six months of hard work, Zuko got a promotion. Lora took him to her home where the ex-mommy now enjoys living life to the fullest. 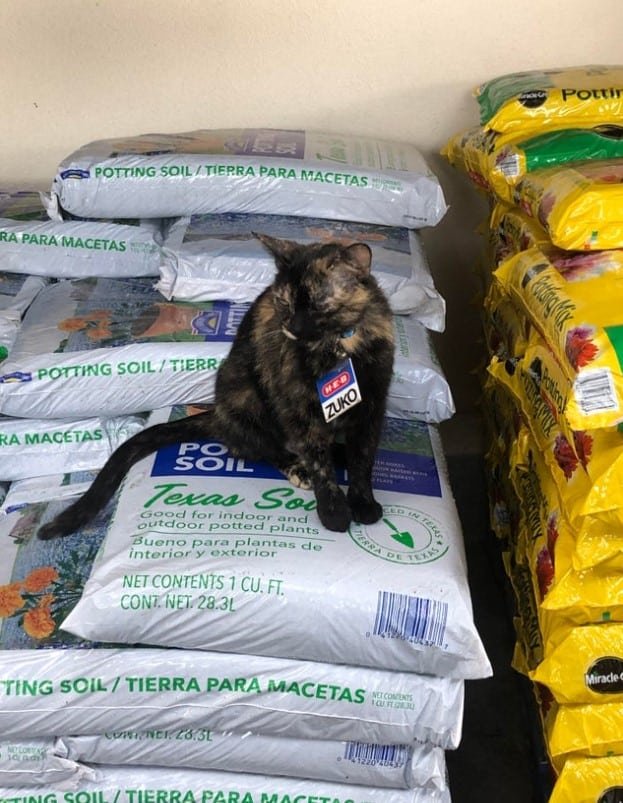 As you can see, hard work always paid off. It worked for Zuko, and it will work for you.