World, meet Benjamin Franklin. This cute cat named after the iconic US president has a sad expression that it can never wipe from its face. And that’s OK if you ask us. The always-sad look suits it well, and those crossed eyes will soon be happy as he gets adopted. 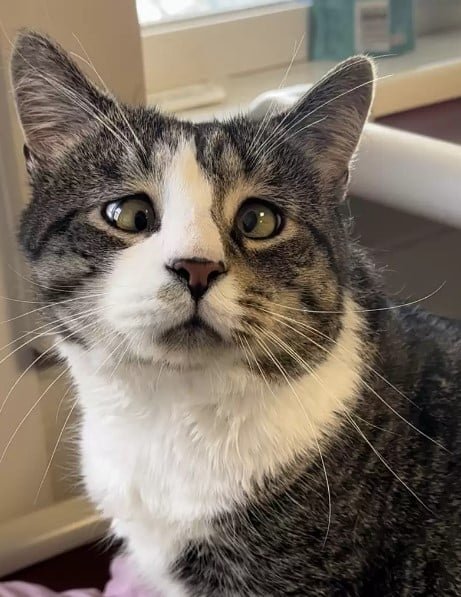 Ben Franklin was brought to the Animal Welfare Society in Connecticut after its elderly owner passed away. His sad look was instantly spotted by the staff. He was obviously sad for his owner, but as it turned out, that look was the result of its crossed eyes. The staff thought they were cute. Ben was then passed out to the vet, and no irregularities were found. His eyes and eyesight were great, and Ben was in great shape from a medical point of view. 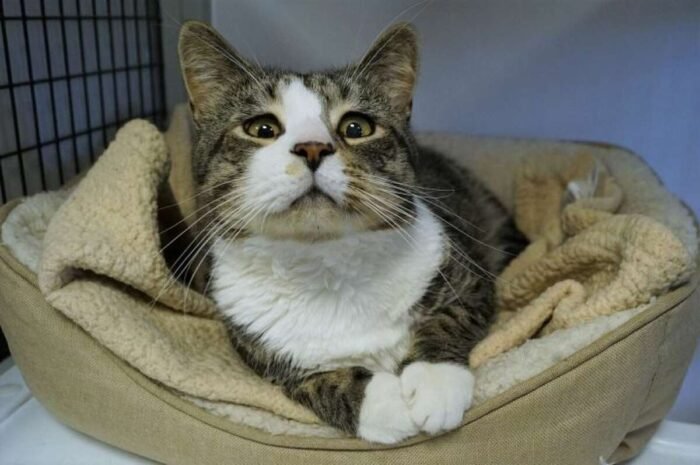 Pets with a different look often have a hard time getting adopted. That’s not the case with Ben Franklin. His look is what makes him appealing, but his timid personality is the obstacle to finding a loving home. He’s probably still connected to his deceased owner, and isn’t as playful as other cats. And, while there haven’t been any takers yet, the staff is hoping to find a new home by sharing his story on social media. 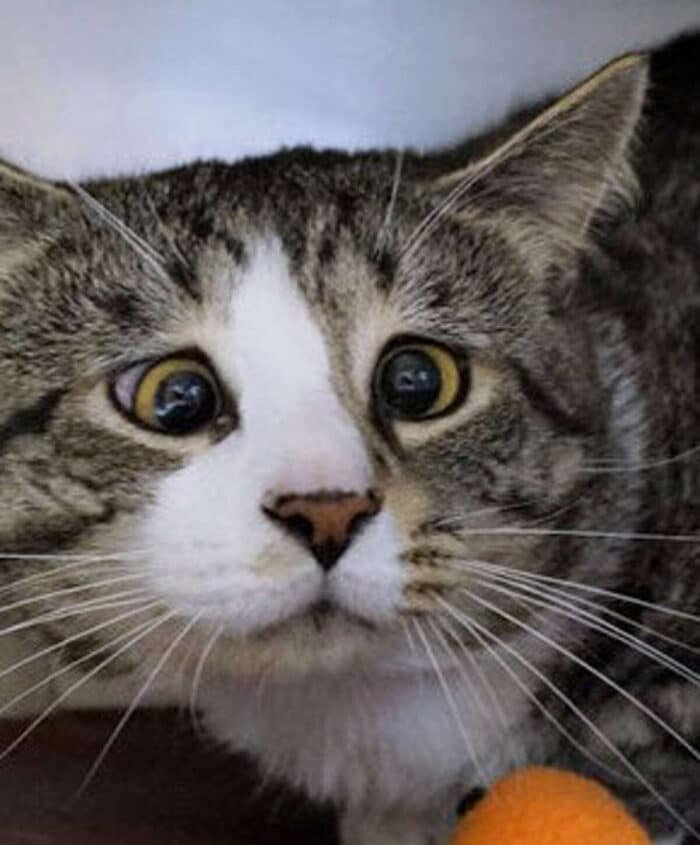 We hope that he finds a loving home soon so that sad frown turns into a smile.