Crews out of the Salem Fire Department were called in to help a resident evacuate his farm near Independence, just north-west of Portland, on Thursday.

While helping the man get to safety, the rescuers discovered a distressed cat perched high on a post holding up vineyards. 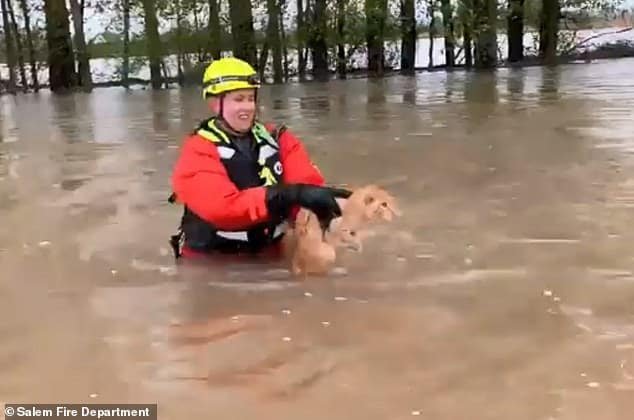 A rescuer, who was dressed in water waders, was filmed making his way towards the cat before the frightened animal jumped off the post and into the floodwaters.

The rescuer finally manage to grab hold of the cat before it was swept away. 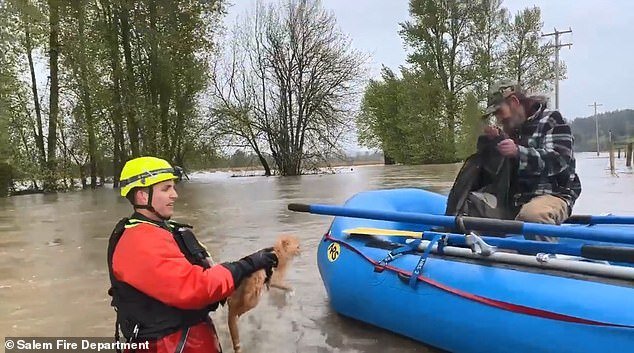 He struggled a bit to grip the cat with two hands after it started trying to put up a fight and break free.

The rescuer managed to then wade back to the raft where the resident was waiting with a jacket to help keep the cat warm.

The poor cat almost escaped under the raft when it tried to break free yet again. 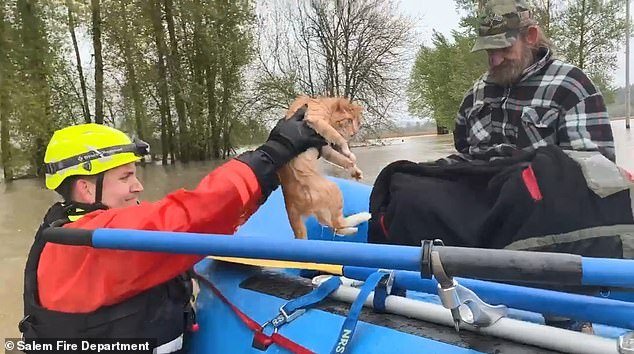 The fur-baby was eventually wrapped up in the resident’s coat and later released on higher ground which was about 200 yards from where they rescued it.

The cat fled just as soon as it was released.

Parts of Oregon have been experiencing record-breaking rain this month and that has resulted in roads being shut down and forced officials to close school in the hardest-hit communities.