The cat you can see on the pics below was named Symphony. She was rescued from a hoarder who had 11 other cats and kittens in a filthy home. Symphony was in a pretty bad shape when she was rescued. She was also timid and scared to death, so the rescuers had a lot of work on their hands with her. 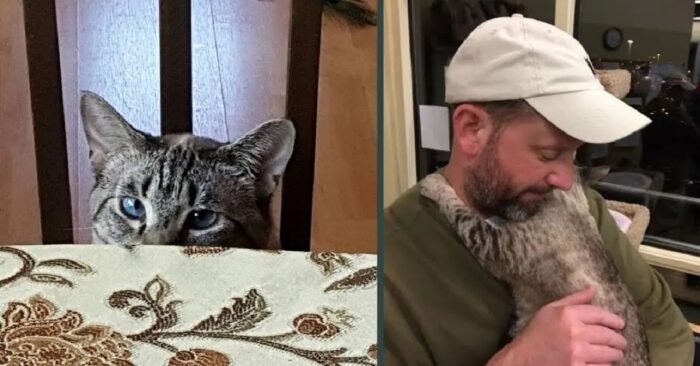 However, with a lot of love and affection, Symphony got better by the day. It was obvious that the kitty needed to socialize after years of neglect. Luckily, her story had a happy end thanks to the effort of her rescuers.

A Few Weeks Is All She Needed

Symphony needed a few weeks to adjust to her new surroundings and life. Bit by bit, she became more relaxed. A couple from the shelter where she was decided to adopt her. Surprisingly, the cat showed interest in them pretty quickly, even timid. It’s like fate had brought them together. When they arrived at the shelter, the first thing Symphony did was hug her new day when he picked her up. It’s like she knew what was coming. 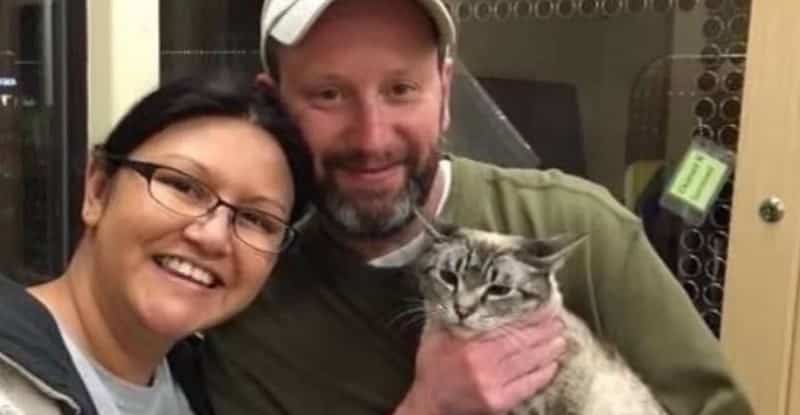 We’re glad that her story had a happy ending. Not many cats get it, but we hope that this story inspires others to adopt rescued cats. 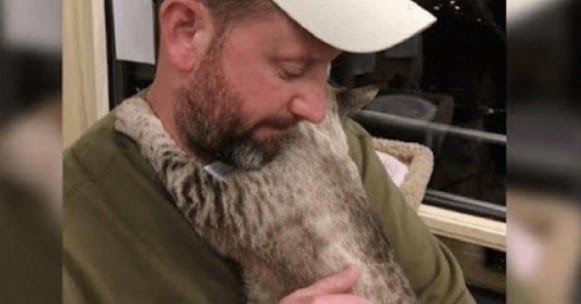