The highly anticipated film adaptation of Andrew Lloyd Webber’s musical play Cats is slowly making its way to theaters. The story is based on T.S. Eliot’s book of poems which are titled Old Possum’s Book of Practical Cats.

The live production-turned-movie will follow a tribe of felines, known as the Jellicle Cats, as they attend the annual Jellicle Ball. During the ball itself, the tribe’s leader Old Deuteronomy chooses one cat to be reborn and return to a new life.

Swift, Hudson, Corden and McKellen were the very first batch of stars to be announced for the film back in July 2018. It was then announced in October that Elba had joined the cast, while Dench was cast just days later. Derulo and Wilson’s casting were revealed last November.

Jennifer Hudson will play Grizabella, a former “glamour cat” that is ostracized by the Jellicles. Due to her age, she is hardly recognizable as the proud and carefree cat that she once was.

Taylor Swift will play Bombalurina, a flirtatious red cat that makes advances on many male cats throughout the story. She has very close relationships with fellow cats Munkustrap, Jennyanydots and Jellylorum. 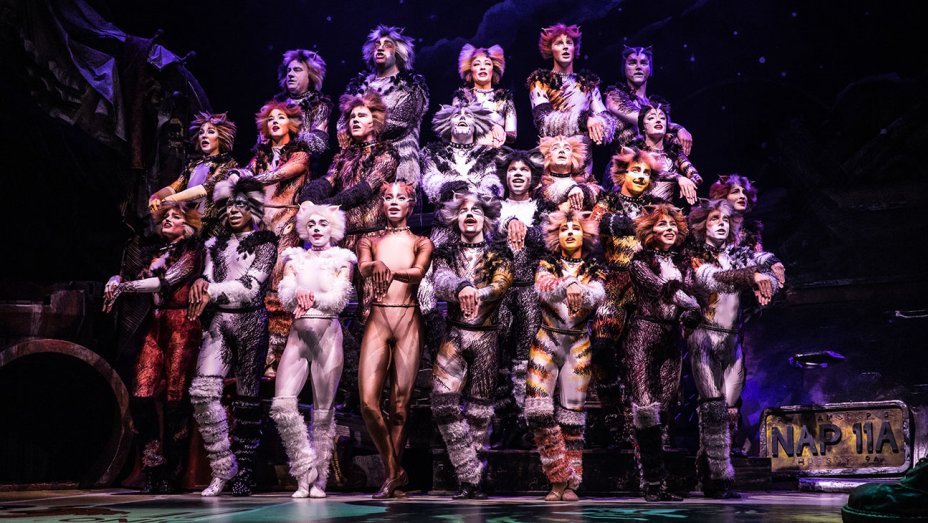 Ian McKellen will play Gus the Theatre Cat. The old and frail cat narrates the story and becomes more confident as the night continues. Gus was once well-known as a successful actor and regularly relates the plot-line of Cats to other productions he was involved in.

James Corden will play Bustopher Jones, a respected member of the Jellicle Tribe. This wise cat is a regular visitor of gentlemen’s clubs, though his frequent visits do not change how his peers view him. Corden once joked that he used method acting to prepare for the role. “I’m like Daniel Day-Lewis. I immerse the character. You know what I mean?” he said jokingly when he appeared on The Ellen DeGeneres Show. “I’ve just been living as a cat. I don’t use the bathroom. I have a litter tray.”

Judi Dench will play Old Deuteronomy, an ancient cat that has actually lived many lives. She will serve as the Jellicle Cats’ wise leader and cares for all of the cats in the tribe, particularly Grizabella. While Old Deuteronomy was actually originally played by male actors, Dench’s performance will mark the first time the character is female.

Idris Elba will play Macavity, a mystery cat that is known by the nickname “The Hidden Paw.” While he is known as a criminal but he is never punished because he is too clever to leave behind evidence of his wrongdoings.

Jason Derulo will play Rum Tum Tugger, who is a rebellious young kitten that likes to cause mischief among the rest of the cats in the tribe. Many of the female kitties in the tribe find him attractive.

Rebel Wilson will play Jennyanydots, an old cat that is often mistaken for being lazy. She spends most of her days sitting and sleeping, though she comes quite alive at night. When the moon is out, Jennyanydots can often found training pests on how to do household chores.

Steven McRae will play Skimbleshanks, an older ginger tabby cat that views himself as a very important member of the tribe. He is known for his joyful and energetic personality.

The story follows these cats on a night known as “the Jellicle choice.” During the one-night event, one cat is chosen to ascend to the Heaviside Layer and will ultimately come back to a new life.

Webber began teasing the potential of a film adaption in Dec. 2013, while Hooper began negotiations to direct the film in Feb. 2016. Hooper’s involvement was later confirmed in May 2016.

The casting process began back in Jan. 2018, while the first batch of actors were announced in the following July.

Andy Blankenbuehler is the film’s choreographer. The three-time Tony Award winner has also served as the choreographer for the musical’s recent stage revival. Blankenbuehler’s other Broadway credits include Bandstand, In the Heights, Bring It On, 9 to 5, The People in the Picture, The Apple Tree and also Annie.

Webber has also wrote a song for the film.

Hudson teased her role in the secretive project back when she performed the musical’s iconic song “Memory” during the movie’s presentation for exhibitors at CinemaCon in early April. The event also featured a behind-the-scenes peek at the filming process. The brief clip showed cast-members sporting performance-capture suits with body and facial tracking markers in order to create the nuanced movements while they worked on greenscreen and bluescreen sets.

“Music and musicals deliver a power like no other genre can,” stated Universal Filmed Entertainment Group chairman Donna Langley before she introduced the video at CinemaCon. She also explained that they weren’t yet able to share footage due to the extremely complicated visual effects used to transform the cast into their feline characters.

“I can’t wait for the world to see what we’ve been cooking up for the last three or four years,” stated Hooper about the film. “We came up with a 2019 version that is entirely our own.”