Black kittens are not a sight anyone will want to see. They’ve been associated with bad luck and evil, but to be perfectly honest, they’re just as great as any other cat. A bit unfairly, these kittens have a hard time finding a new home, with life throwing challenges at them all the time. That’s the story of this tiny kitten on the pics which has so far had a tough life. 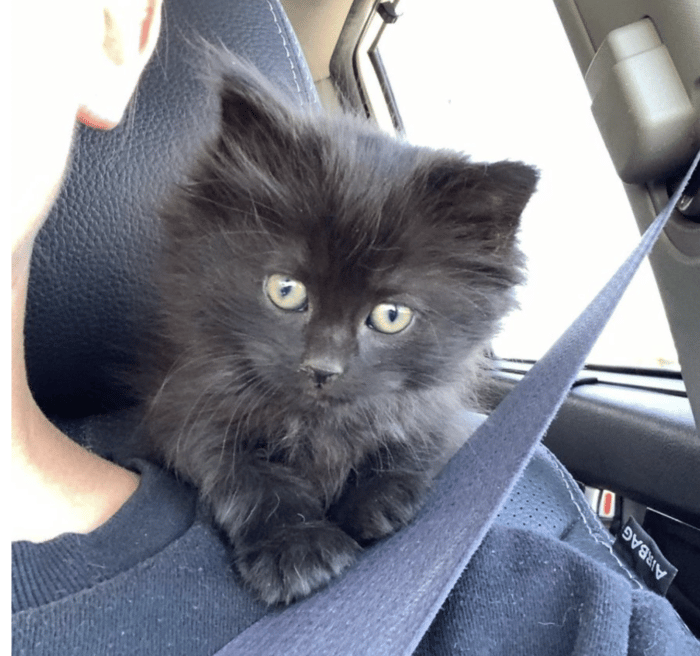 The tiny black ball of fur was found on a busy road when a man spotted it just before running it over with his car. It was scared and in need of help, and he didn’t have the heart to leave it on its own. After bringing it home, he shared his encounter and some pics in a local cat saving Facebook group. It caught the attention of Holly Brookhouser, a woman who has helped countless cats before.

She decided to get the kitten, more so because it was her adopted son Mateo’s second anniversary. Holly wanted a great gift for him, and this black bundle of joy was the perfect choice. She decided to foster it and see how Mateo likes it. To her delight, he was smiling from ear to ear. 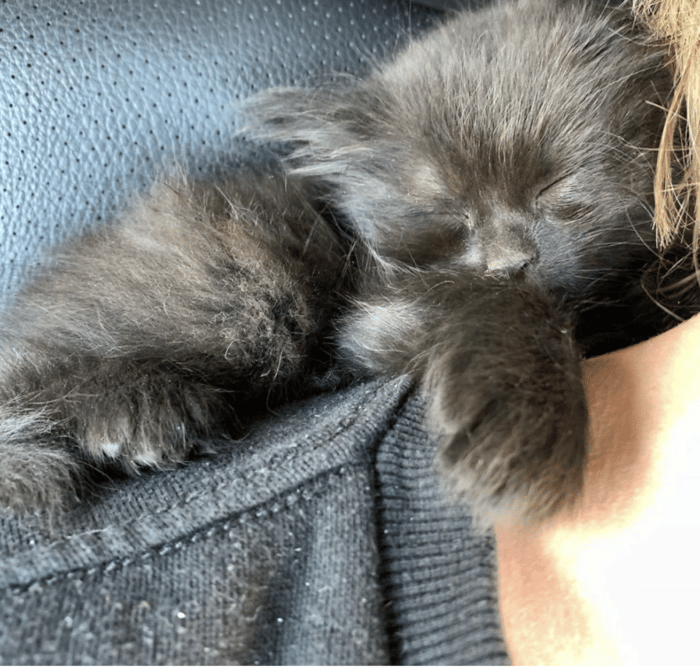 The boy was very happy with the cat and gave her the cutest name – Appleseed (probably because of the size). Mateo knows that Appleseed is just a foster and that she’ll eventually find a new home. Holly already has a dog and wishes to save all animals, but she has no space. 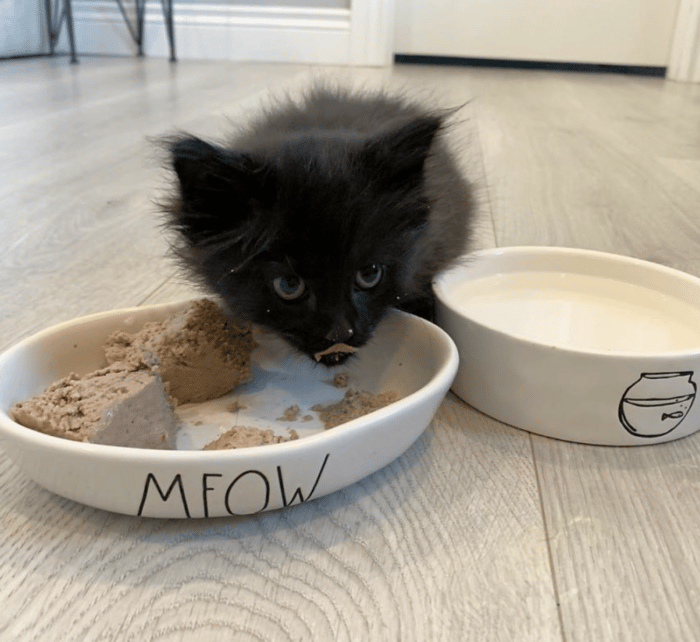 But, Mateo doesn’t mind. Until Appleseed finds a loving home, she’ll get all the love and attention she needs. 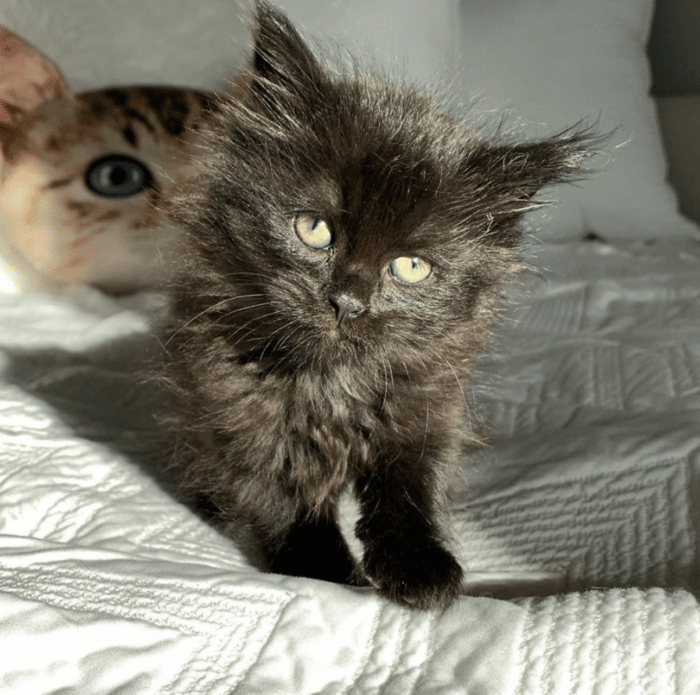