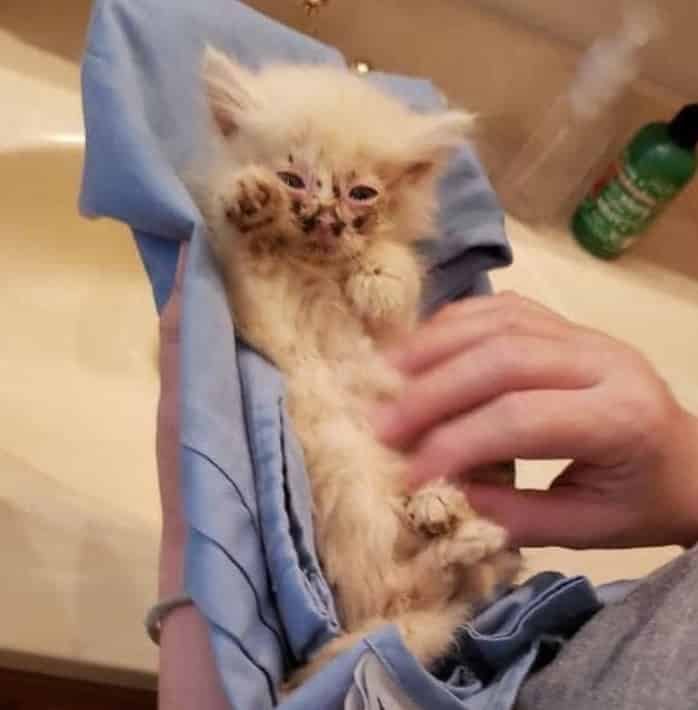 Internet, meet Nimbus. Nimbus was the runt of the litter when she was adopted by Sam Gerth. Too small to walk, she was found on the street covered in oil and dirt. If it wasn’t for Sam, Nimbus would have never survived. 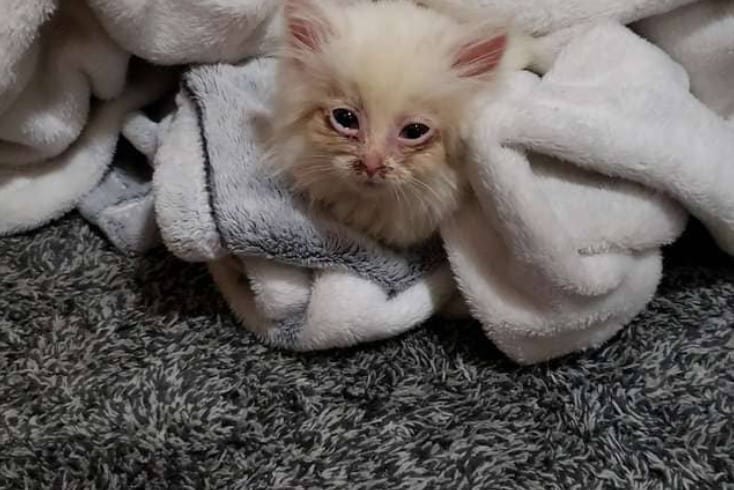 A Lot to be Thankful For

Sam immediately gave the kitten a bath and warmed her up in front of a heater. She was cold to the bone and she finally fell asleep after about 45 minutes. At first, the family wanted to give the kitten for adoption, but day by day she grew close to their hearts. They already had two dogs and two cats, and as it turned out, they played a major role in the decision to adopt Nimbus. 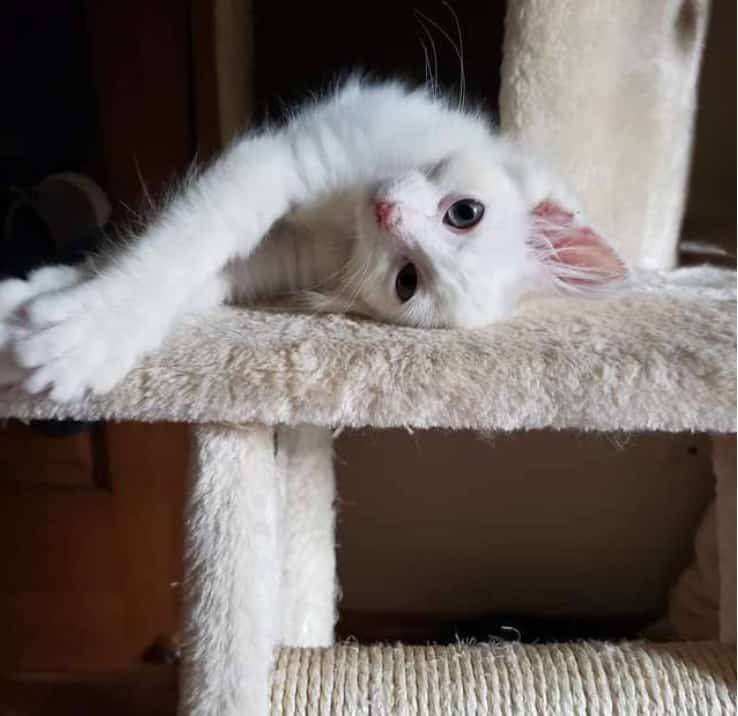 When she met her new siblings for the first time, Nimbus held no emotions back. The tiny floof was rattled, but they got along well. Sam’s dogs and cats are loving siblings and Nimbus is definitely brave. After a few days, they became best new friends. 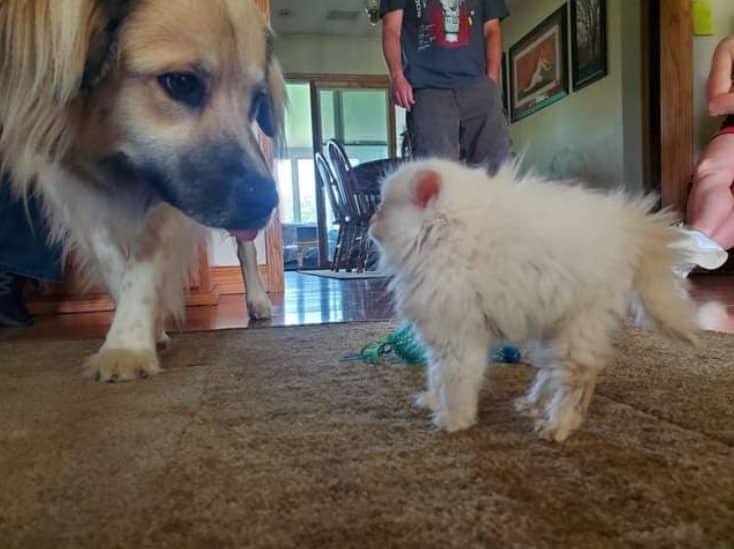 One of the dogs, Zep, loves to cuddle with Nimbus all day long. After becoming a new member of the pet-friendly family, Nimbus is living the life of her dreams. Just like she deserves. 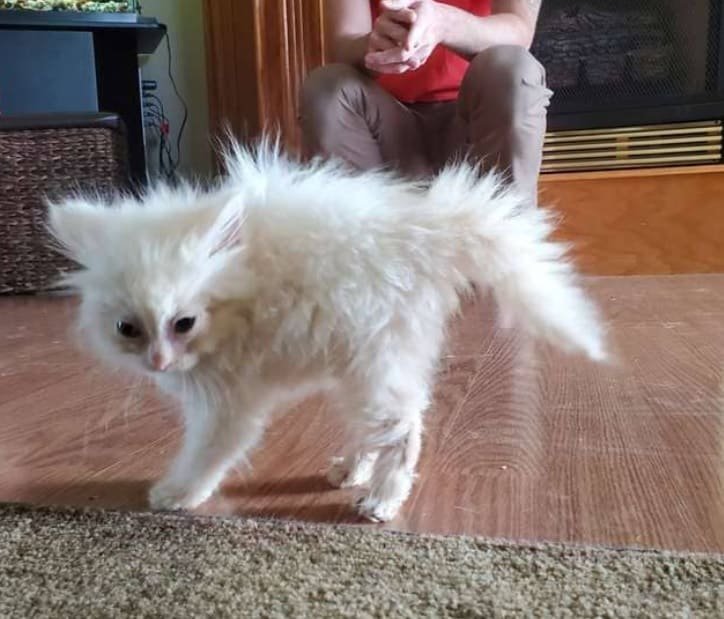 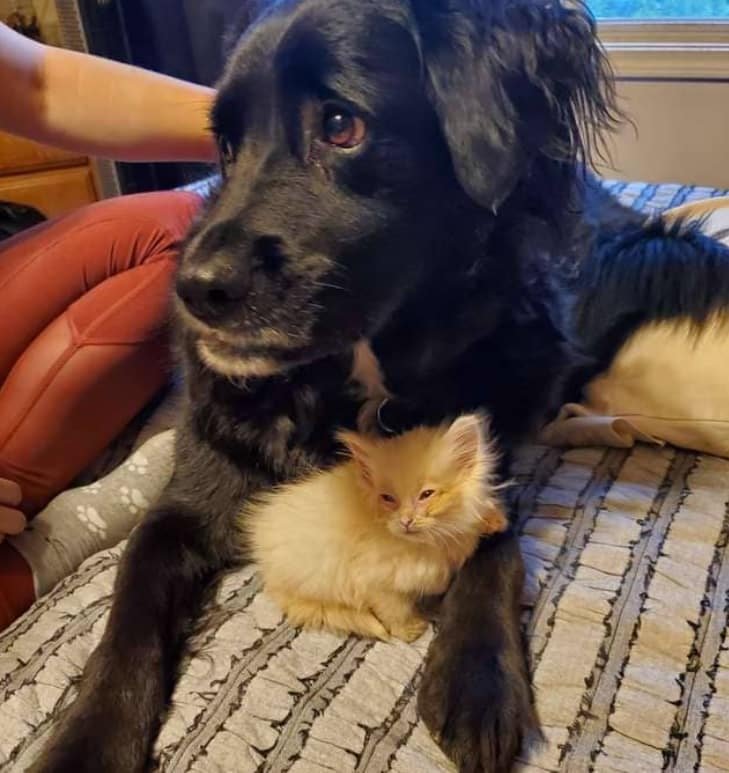