Could this be the oldest domestic cat in the world? The lucky kitty in the photo above has actually lived nine lives and then some. Rubble, who is a long-haired ginger-and-white kitty living in the U.K., might just be the newest cat contender for the O.G. title. His owner, Michele Foster, recently celebrated her super-senior pet’s birthday over in Exeter, Devon, reported Bored Panda. 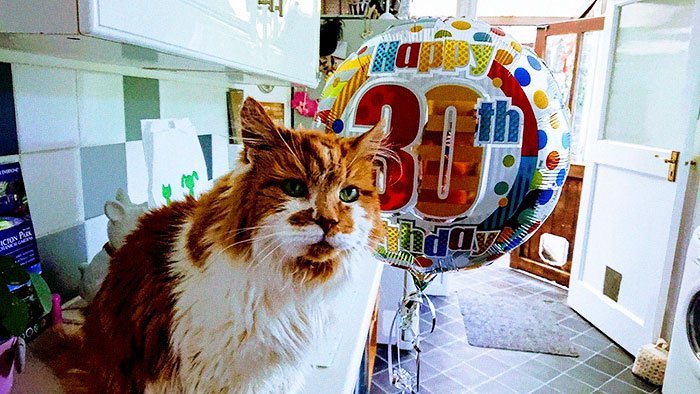 “He’s a lovely cat, although he has got a little grumpy in his old age,” stated Foster. “He has plenty of life left in him yet, but I don’t think we will go down the Guinness World Record route as I am not sure he would like lots of people coming to see him or a fuss being made out of him.” 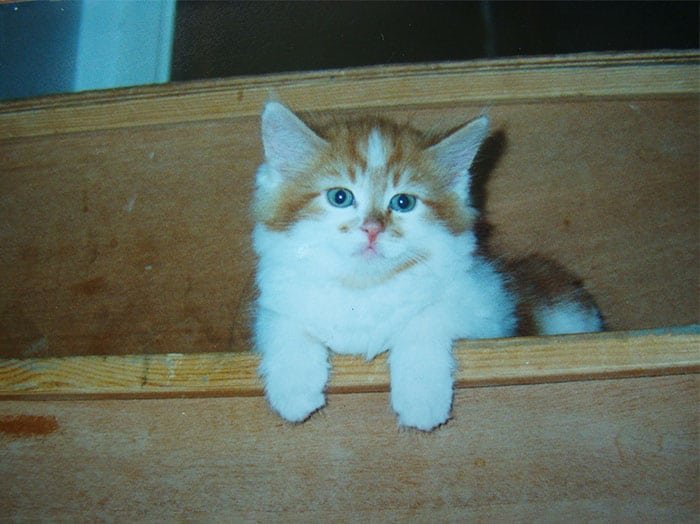 “He is old now,” Foster went on to explain, “and would not like too much attention or be hassled. We would prefer if he was just left to live out his old age in peace.” 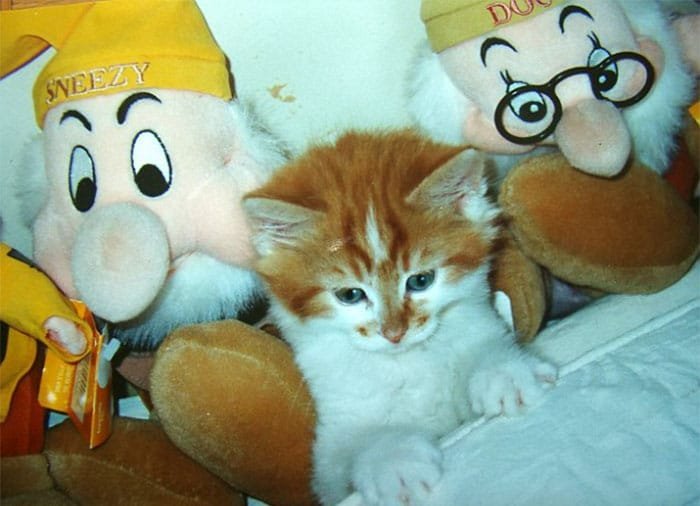 According to Bored Panda, Foster, who is now 50, adopted Rubble back in 1988, as a gift to herself for her 20th birthday. She says she was a bit lonely at the time, living alone, and the then-kitten was part of a litter her sister’s friend was raising. Apparently, City Vets have been a great big help in keeping this forever-kitten healthy. Indeed, the veterinary hospital honored Rubble with a nice party that consisted of a free checkup, a bit of milk and some of his favorite cat food. The vet hospital explains that Rubble suffers from high blood pressure and takes regular medication for the condition. 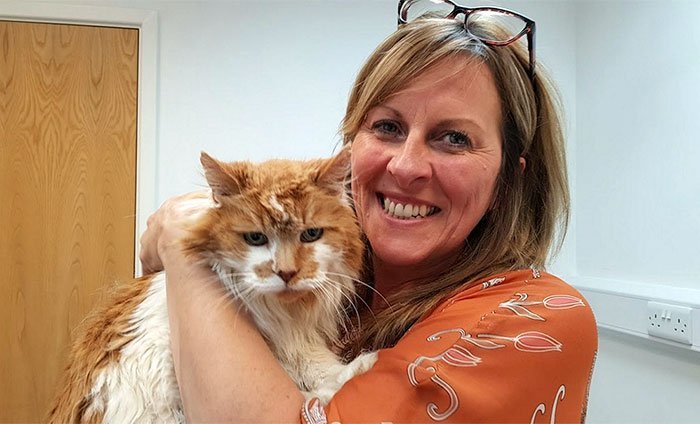 The Daily Mail, who was the first to report on Rubble, says the cat is approximately 137 in human years! The fluffy Maine Coon-type cat is in tremendous condition for his age, and Shaun Moore of City Vets has said that he’s the oldest cat on the vet hospital books. The previous oldest cat on record was a cat named Scooter, a Siamese from Mansfield, Texas. He was given the title at the age of 30 by the Guinness Book of World Records in April 2016, however, sadly passed away quite shortly thereafter. 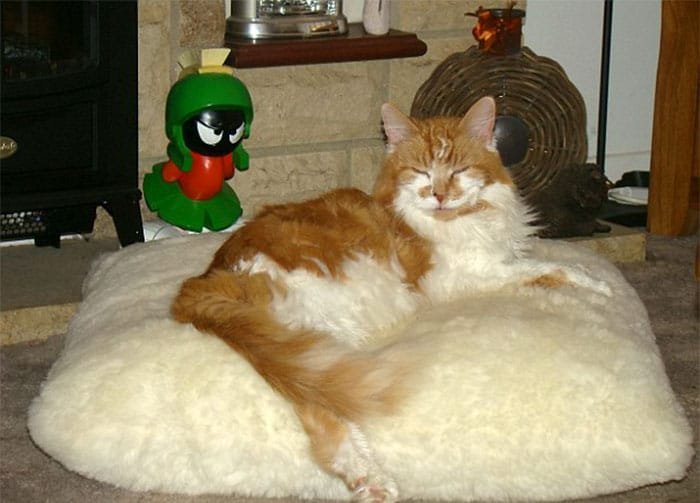 The oldest cat ever in existence, According to record books, was named Creme Puff. That particular pet lived with her owner Jake Perry in Austin, Texas, from August 3, 1967, to August 6, 2005 — a total of 38 years and three days. 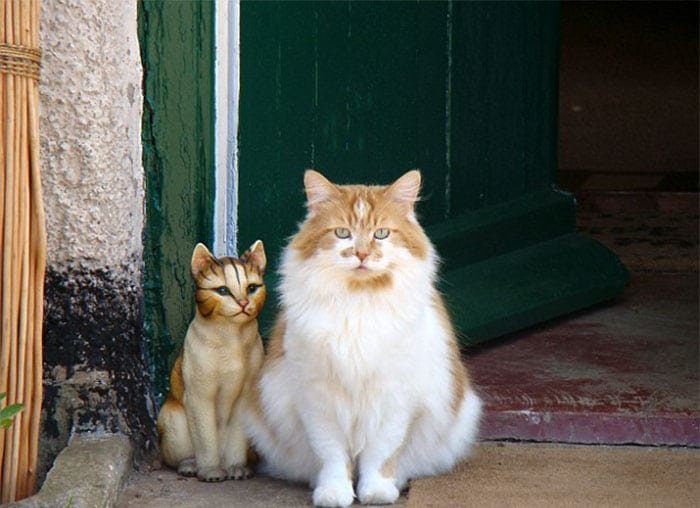