We all need support when going through a rough patch. Animals need it too. The kitty you see in the picture below is called Hoonie. The 16-year old recently lost his beloved human and he grieves just like the rest of us when we lose someone we love. Poor Hoonie clings to his stuffed friend and lays down peacefully all day long in the shelter where he’s currently waiting for adoption.

After the recent passing of his owner, his daughter brought Hoonie to the Alley Cat Rescue in Maryland. The cat didn’t come alone, but with a stuffed animal toy he wouldn’t let go of. The toy was a gift to Hoonie from his owner and was the only thing that he had left in the world. Poor cutie ☹ 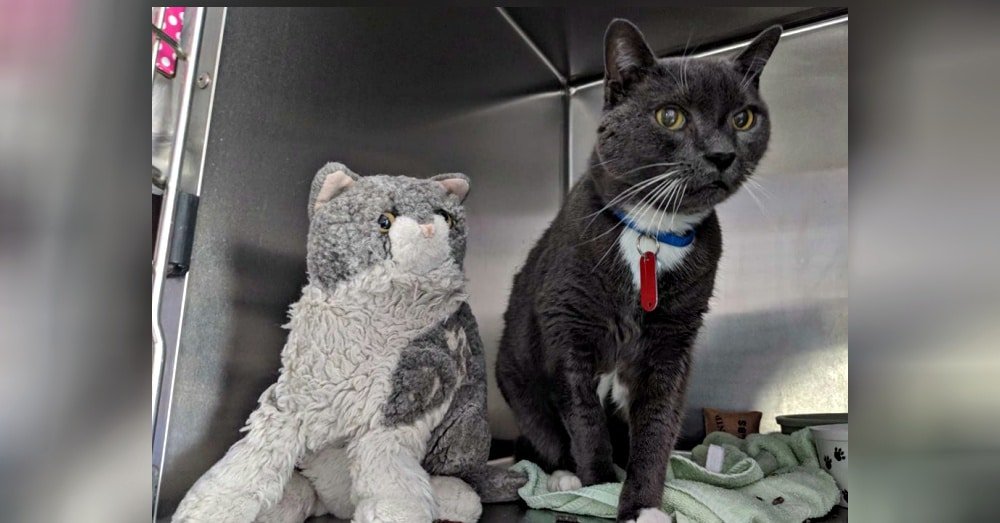 After his owner passed away, Hoonie had nowhere to go. His daughter couldn’t keep the cat, so she called the shelter and brought him there. Of course, the shelter’s staff made sure the kitty feels comfortable. For weeks, they observed Hoonie’s behavior in order to write a bio for his adoption page. As it turns out, Hoonie is a lovable kitty who likes nothing more but to cuddle with his stuffed friend.

As a matter of fact, the staff has never seen an animal so attached to a stuffed toy. The toy obviously brings peace and calm to Hoonie. When he’s alone, Hoonie meows softly, quieting down when anyone enters his room. He loves being around people too and is obviously deeply saddened about the loss of his owner.

When he’s not cuddling with his stuffed friend, Hoonie likes to watch cars go by outside. The cat has multiple potential new owners at the moment, and it’s just a matter of time before he gets adopted. We hope everything goes great for Hoonie and his stuffed friend.