Messi is a pet puma who is currently living like a house cat. He was one of three Puma cubs (Messi, Suarez and Neymar) who were all born at the zoo. Thede siblings were named after famous international players to celebrate the Russian city hosting four matches in the group stages of the World Cup. He was later sold to the Saransk Zoo when he was yet a mere a cub because he was suffering from some health issues. 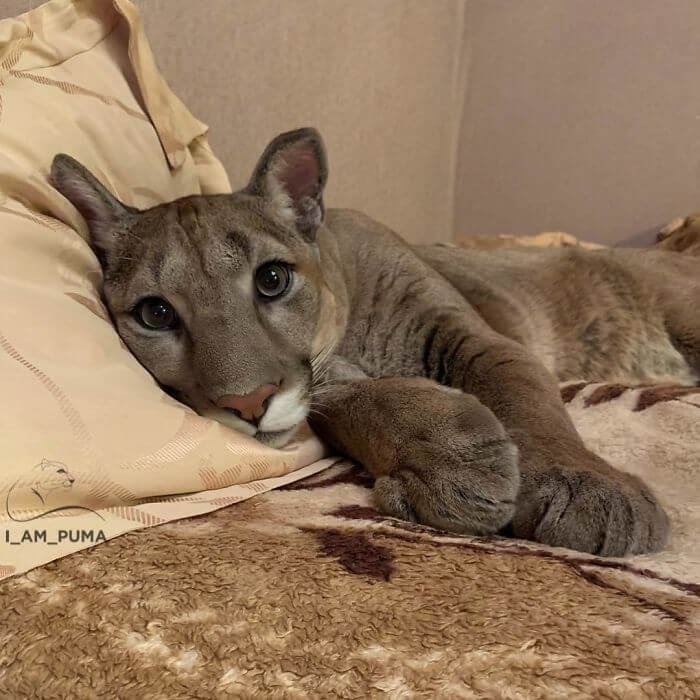 Thankfully, though, a Russian couple named Mariya and Aleksandr Dmitriev decided to go ahead and adopt the big cat and give him a happy home. They first discovered him at the Saransk Zoo in Penza and fell in love with him so much that they decided to have him as their own and offered to buy him. 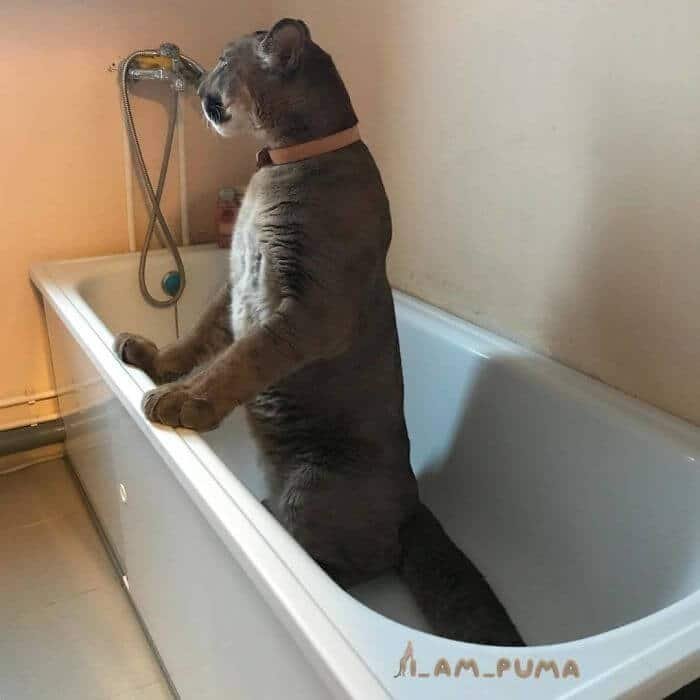 It wasn’t exactly easy, however, to handle such a huge cat like Messi. The couple soon found a dog training school Messi could go to. Although the couple lives in a not-so-big apartment with one-bedroom, they have certainly made quit a bit of room for Messi and have done their best to foster their large companion. 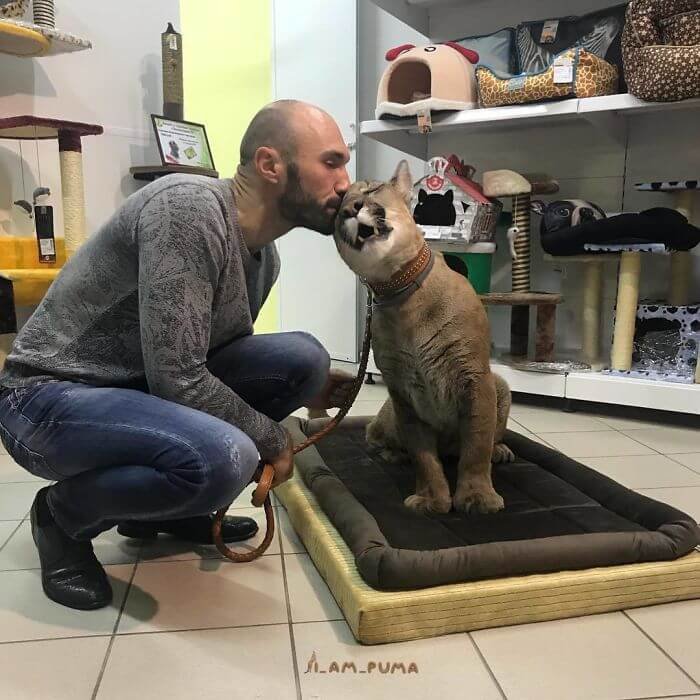 Many of you out there may have objections to keeping wild animals in home because they are dangerous and should be lived in a wildlife reserve. However, this particular couple believes that they cannot just released him into the wild now as he has never lived alone in the wild and isn’t able to survive like or with other wild animals. 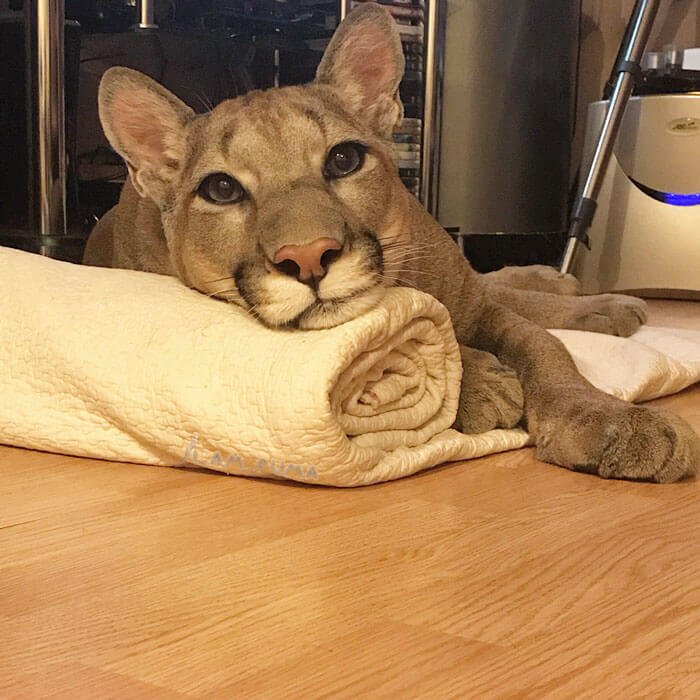 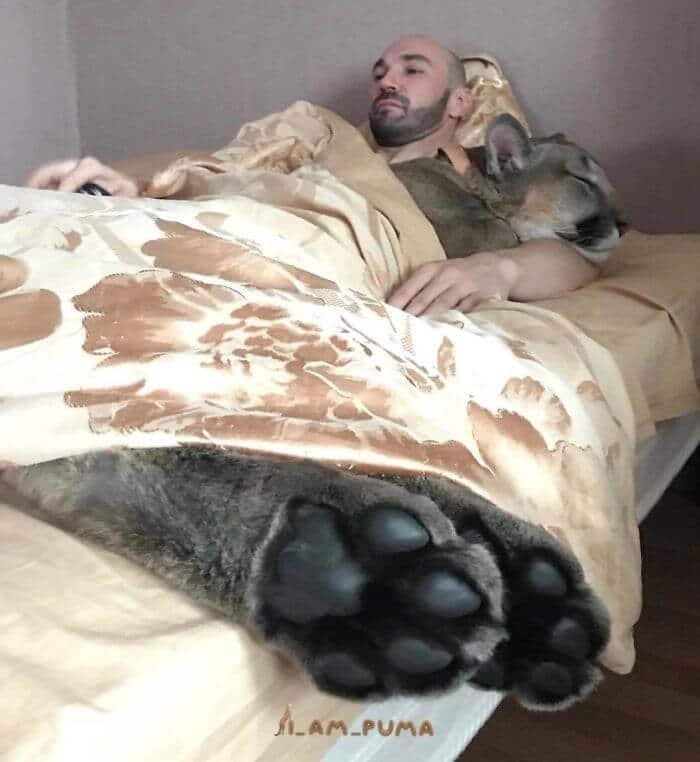 Be sure to follow them on Instagram! And be sure to watch the adorable Messi cat in the video just below!