Friendship knows no limits, and this latest story is solid proof of it. An unlikely friendship between two kittens and a blind raccoon recently made all the headlines online. The raccoon visited the kitty’s backyard since 2009. One day in 2014, he came looking for food, but instead found two black kittens. The two strays in the backyard of Eryn’s house were hungry as well, so the three joined forces in getting Eryn’s attention.

The same happened every day over the next year. Sadly, the raccoon passed away in 2015. The kittens were sad to lose their friends, so Eryn adopted them. It was for the best since she herself lost a 15-year old cat just weeks before. 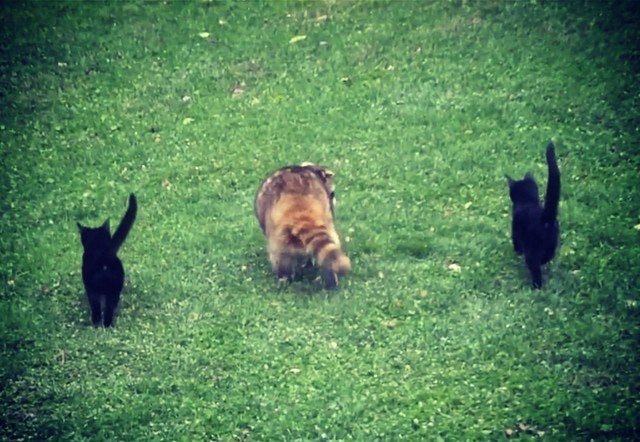 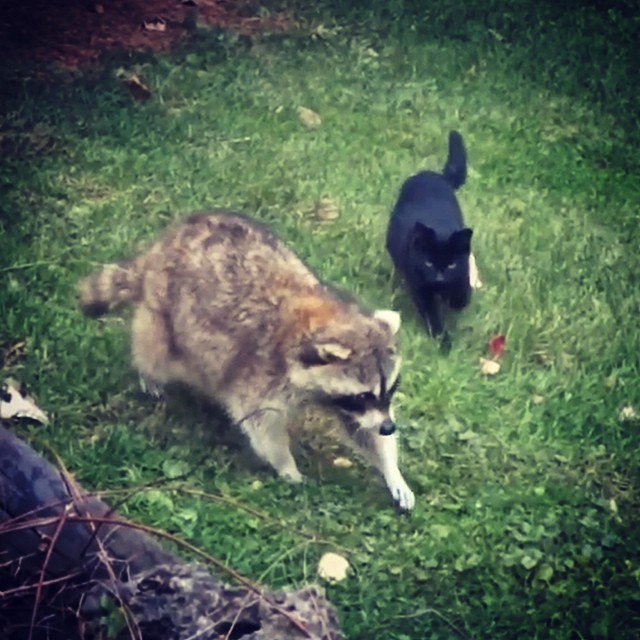 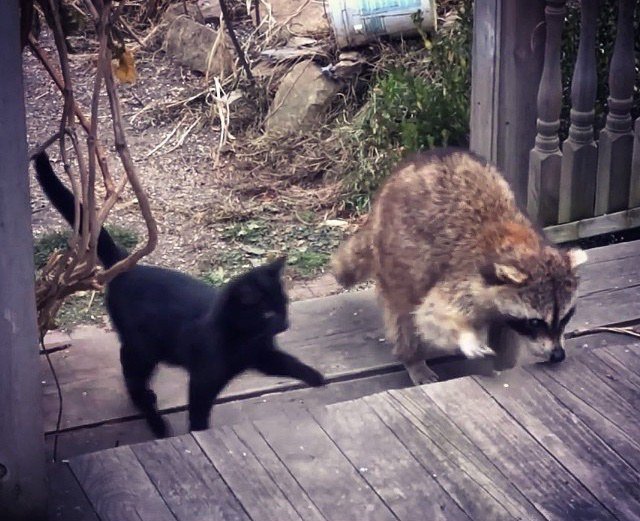 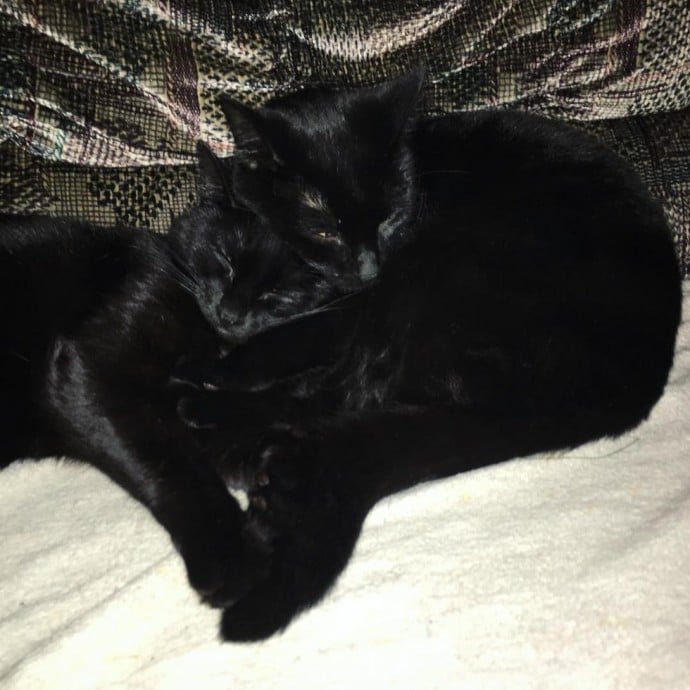 Take a look at how the “gang’ hung out before: