If you ask most cat owners about letting their cats being able to go outside and play you will more often than not hear many different opinions in both directions on this subject.

There are some people believe the outside world is far too perilous for our furry felines while others still believe that cats belong outdoors because it is their natural habitat. 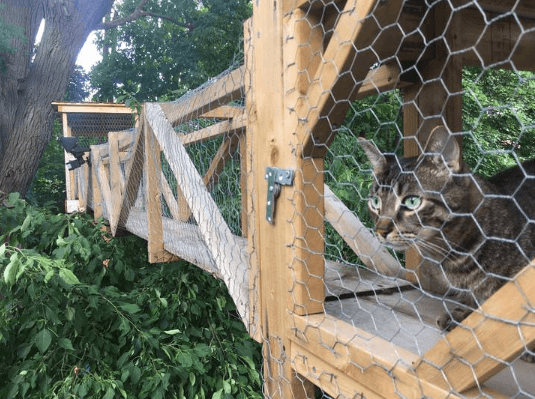 The Brooks-Joiner family has a total of three indoor cats, 16-year-old Luna and two four-year-old cats named Daisy and Marvel. They are currently living a very comfortable life at their house in Ontario, Canada. Although they are indoor cats, they still always seem to want to explore the outside world. However, their parents were extremely nervous about letting them out because of living near a very busy road. 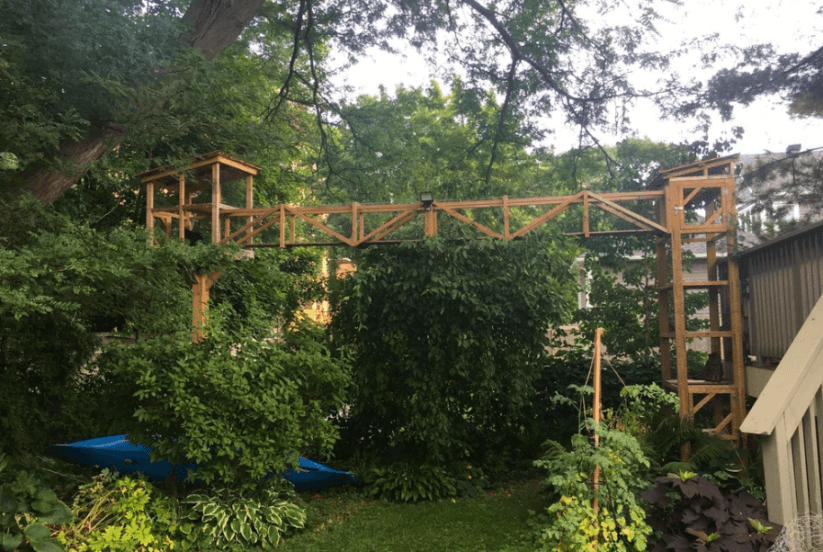 To remedy the problem, their cat dad Alex built an amazing tree-house in order to they could safely enjoy the outdoors. In an exclusive interview with Unilad, Alex’s daughter, Hadley states, “My dad fully built it by himself and the short answer as to why is for safety. Both for the safety of our cats and for the safety of the small bird population. We live in the downtown portion of our city so our road is getting busier every year and there are lots of creatures like foxes and coyotes that could harm them.” 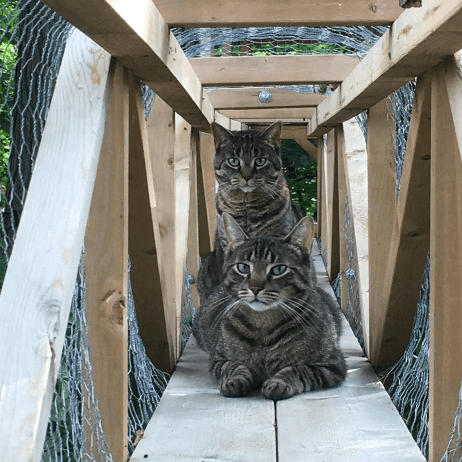 When Hadley first shared her dad’s cat masterpiece on Reddit, it went completely viral and took the entire Internet by storm because of the family’s true devotion to their cats. Although Alex’s project isn’t quite finished yet due to expanding the tree-house, the cats are simply delighted that they can actually play outside. 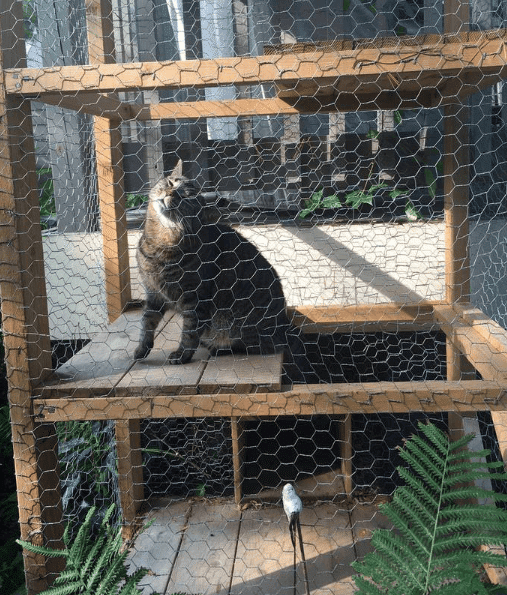 Hadley went on to say to Unilad: “When we first let them into the complete cation, Daisy was pretty nervous but was quick to feel comfortable and now she loves it. They all do, especially Daisy and Marvel. Both of them are in it at least once a day. We love it too! We think it’s perfect. They’re a part of our family and you always want your family to be safe. The catio ensures that they are safe! It’s also quite amusing to watch them in it.” 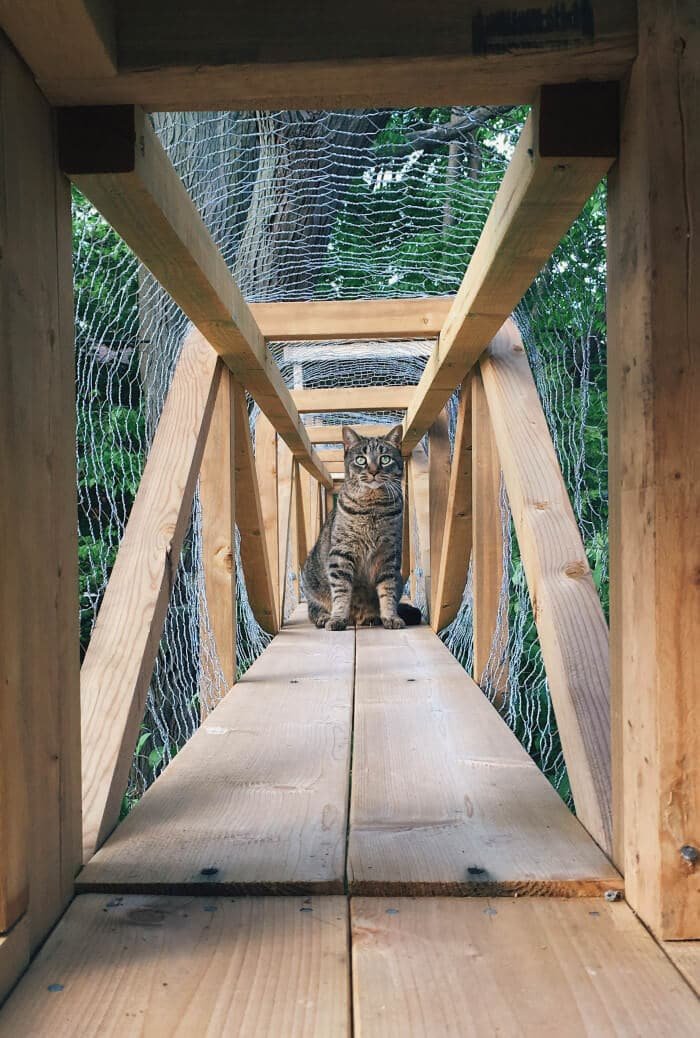