Even with animal charities and shelters doing their best, there are still too many cats living on the streets. Some are adopted and live a nice life, others are unfortunately left to fend for themselves. In Barney’s case, the story had a happy ending. 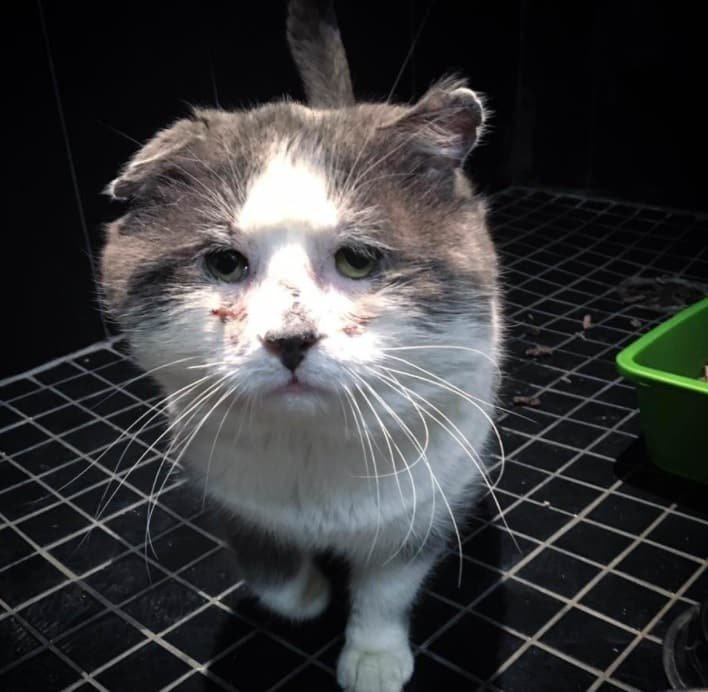 Barney is a 6-year old cat that lived on the streets of Montreal, Canada. The kitty had a non-stop frown on his face and had a pretty rough life. He barely survived winters on his own and was in dire need of help. Luckily, good Samaritans picked him up from the street and brought him to a vet last winter. 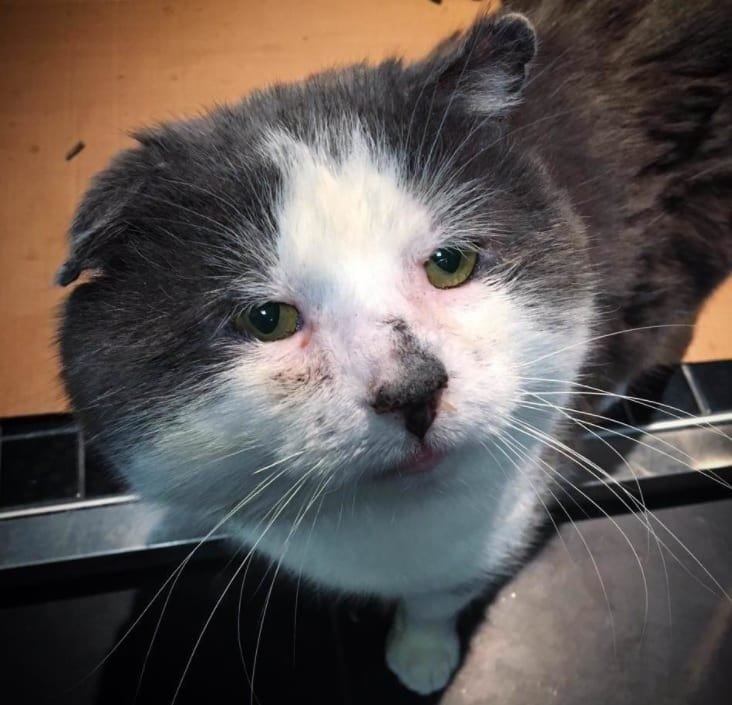 His vet checkup revealed numerous problems that needed to be resolved sooner rather than later. One of Barney’s ears was frozen and folded. He was also missing a few teeth, and had several battle scars, probably from fighting with other cats over food. The vets put him on a treatment and hoped that he can make a full recovery. 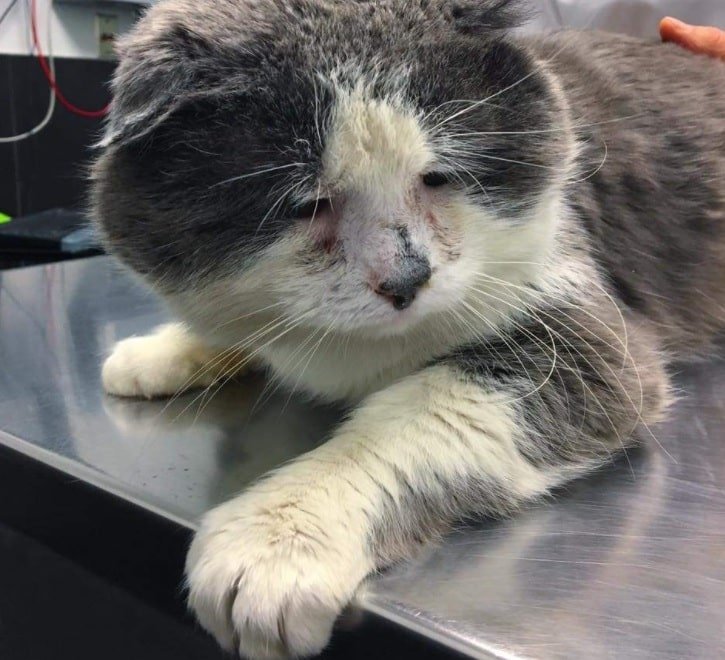 Luckily, after a few weeks, Barney was in much better safe. The kitty was glad to be in a warm shelter instead of the harsh streets of Montreal in winter. The staff loved the kitty, and he gave love back with plenty of cuddles. 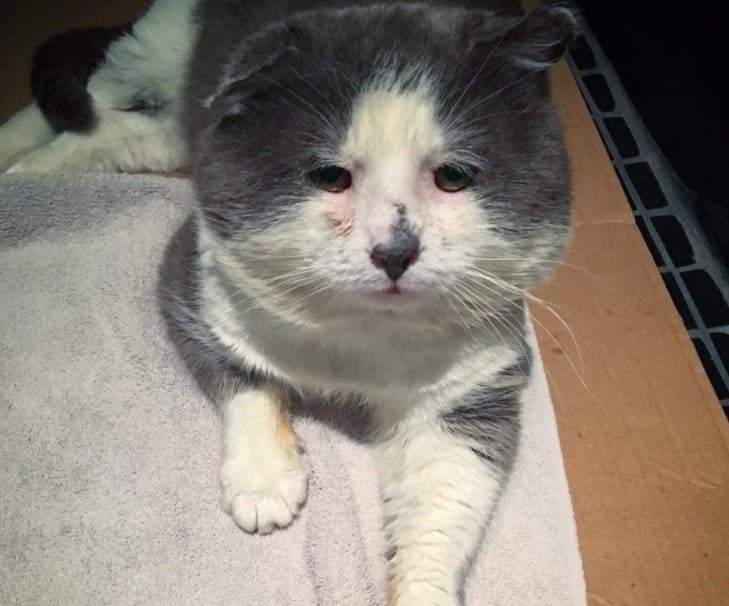 You can check out before and after photos of Barney on the Chatons Orphelins Montreal Facebook page. Barney is a bundle of joy whose frown was erased. We hope that animal charity organizations wipe the frowns of other cats’ faces too. 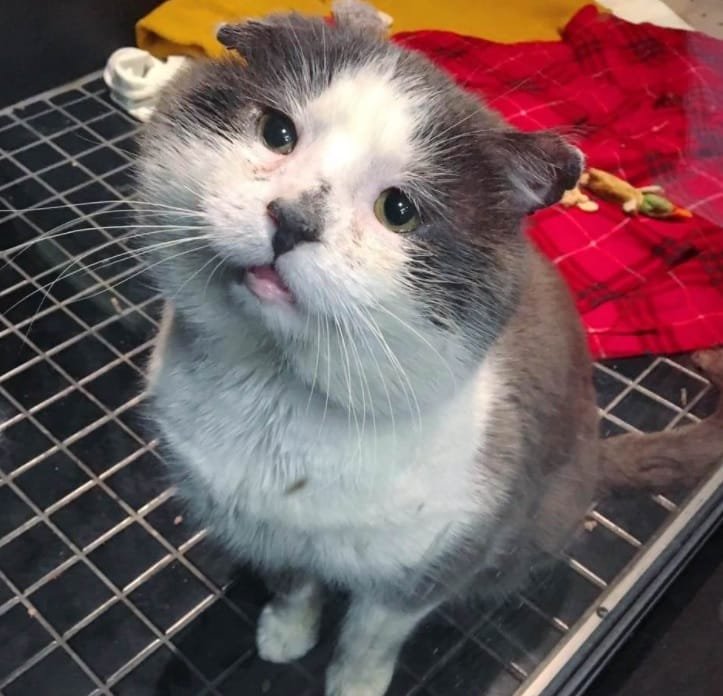