The story behind the purple paws of this kitty is surely heart breaking. Megan Sorbara was truly captured by the kitty’s story and decided to take him in.
The kitty was decorated with the purple colour in order to set him as the bait for a sick dogfight competition. The cats are colour coded to bet on them.
The Clewiston Animal Control rescued the kitty. It was said that the kitty luckily managed to escape the dog fighting scenario.

Sorbara agreed to take in the kitty when she saw the pictures of the cat sent by the Naples Cat Alliance. 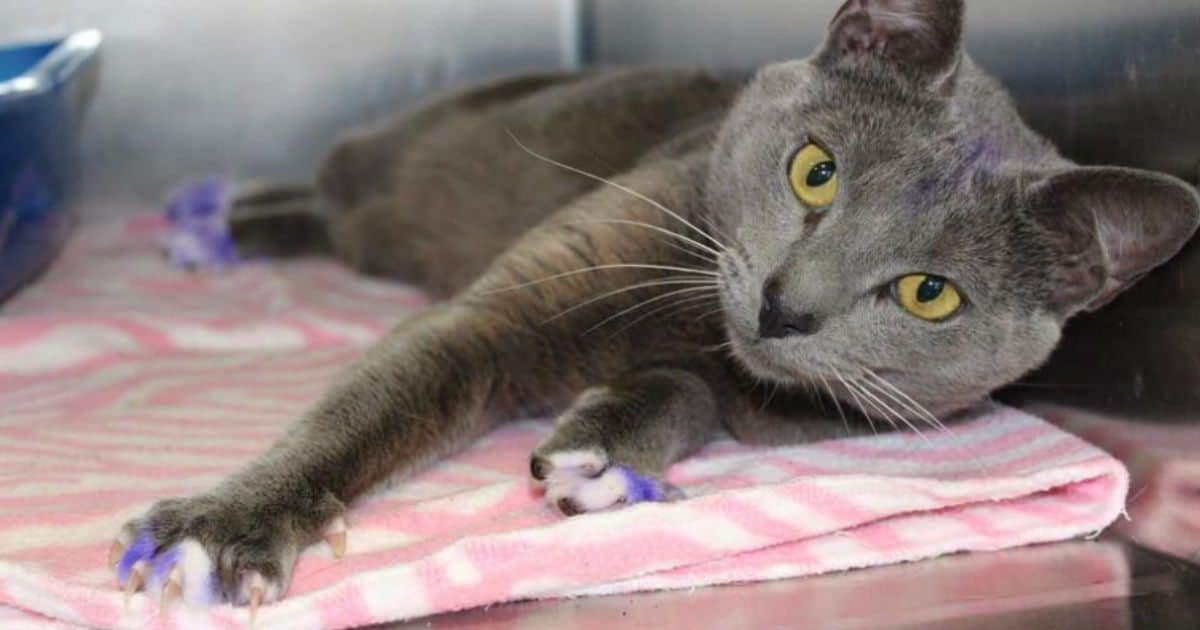 The shelter workers really adored the kitty as he was really playful. The kitty quickly found a home after he was put up for adoption. 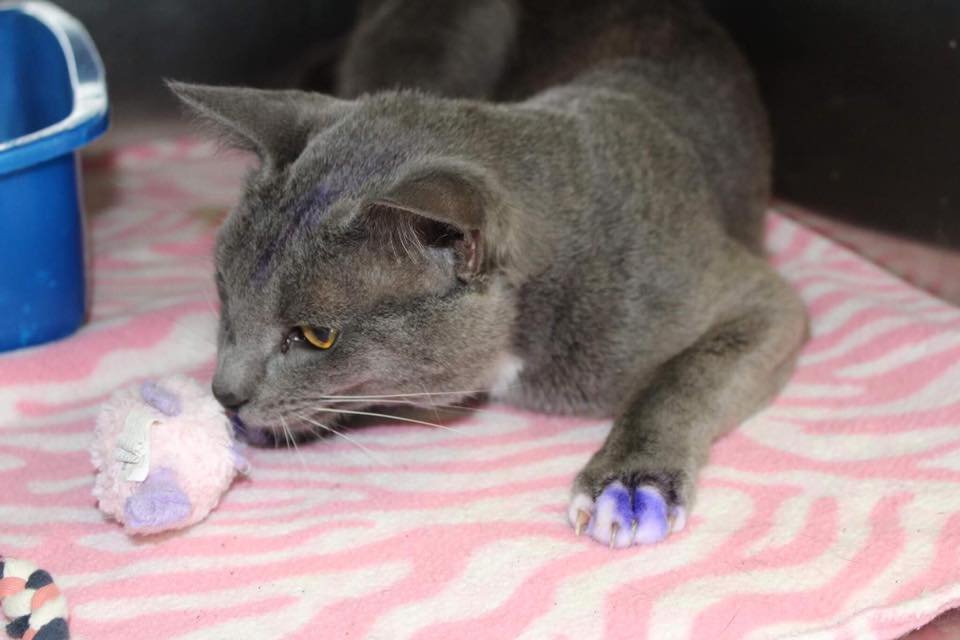 Whoever read the kitty’s story feels that all those who are enjoying and conducting the cruel sport should be severely punished for putting all the cats through torture. 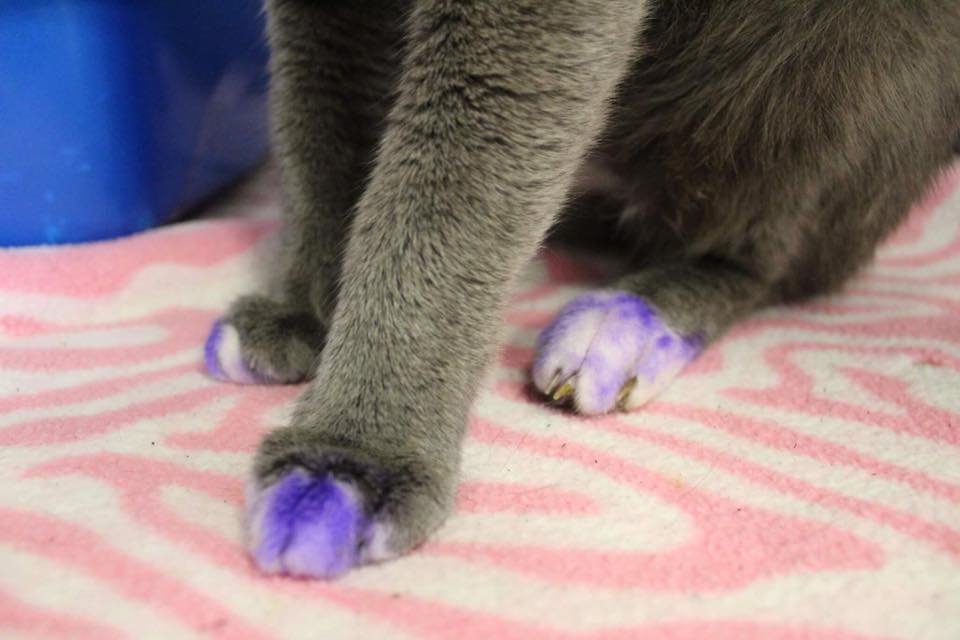