Back in December 2016, The Anti-Cruelty Society which is located Chicago received a distressing phone call about a neglected Persian cat named Sinbad who was living alone in an elderly man’s basement. The man was no longer able to take care of the cat.

When investigators arrived at the man’s house to check on the cat, they were utterly shocked by what they found. The cat had been so extremely neglected that he was trapped in his own fur and he could barely walk. The fur was so badly matted and heavy (around five pounds), it was completely filled with dirt and feces. 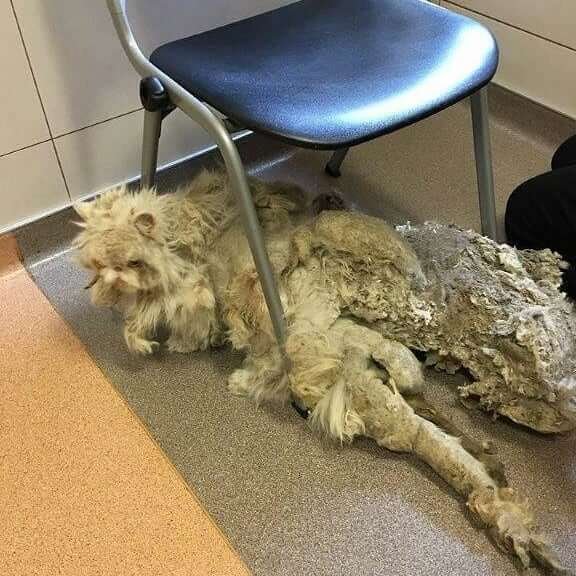 The investigators talked to the elderly man, and he did agree to surrendering Sinbad to the animal shelter. They quickly rushed Sinbad over to the shelter and the staff spent hours shaving his fur. After they were done, he looked like a whole new cat. 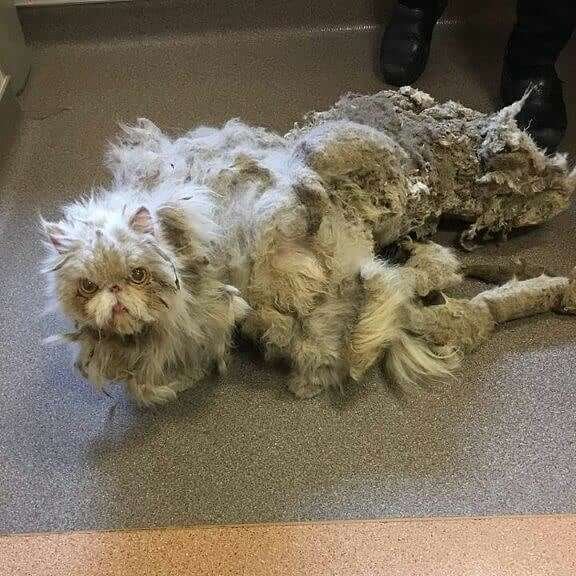 Despite everything Sinbad went through, he is a very sweet who loves to get affection from everyone. Although he wasn’t treated too good most of his life, he still loves people. 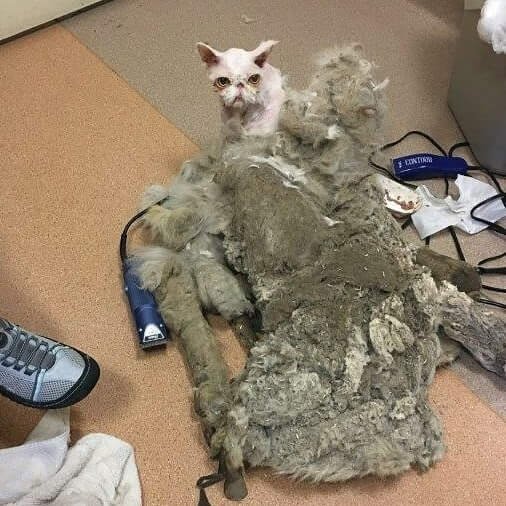 “The poor kitty was grateful for any affection he received as he had his cocoon of mats removed.” 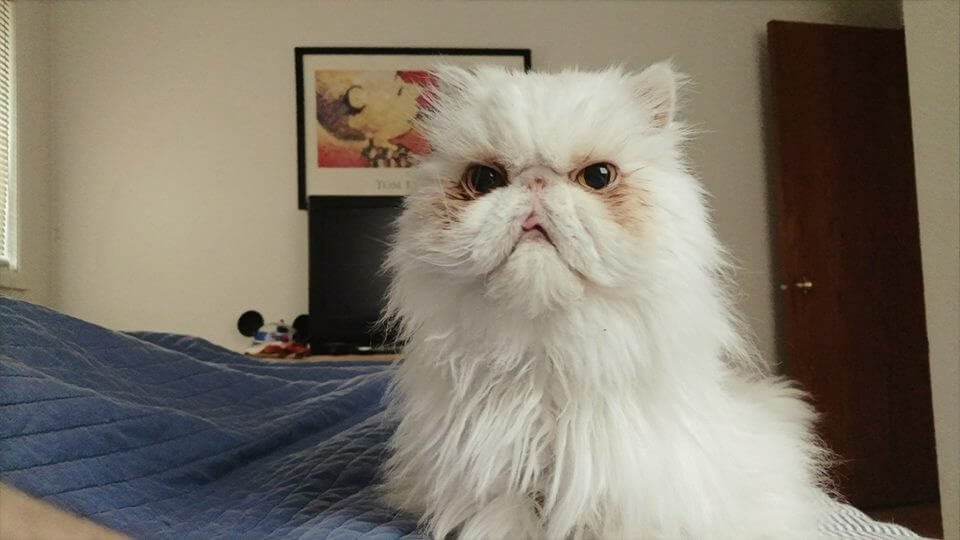 Sinbad was in the end adopted by a kind-hearted man who gave him a forever home. Sinbad absolutely loves his new home and his new dad. Be sure to check out more photos of Sinbad on his Instagram page.