In 2007, a stray calico broke into the local zoo in St. Petersburg. Not exactly sure where to head first, Calico saw a lynx pacing in a cage. The stray cat entered the enclosure without thinking twice, probably hoping to score some leftovers. Now, with the lynx being a wild cat, it’s pretty normal for many to think that this story ended badly. However, as soon as the cat entered, the lynx greeted his new friend and started licking it! 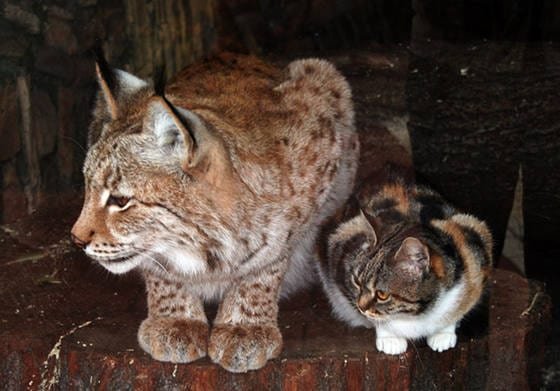 The officials were shocked to see the lynx hang out with a stray. They went in and took the calico out, yet the cat ran into the enclosure yet again. The two animals obviously bonded quickly and molded a pretty unusual relationship. 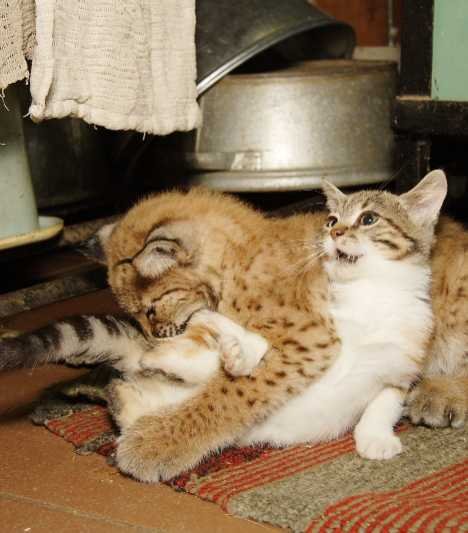 At that point, the zoo officials decided to let the kitty stay. They named her Dusya, and her and Linda (the lynx) became inseparable in the following years. Thousands of people came to see the cats living together, with the zoo constantly releasing videos of their time spent together.

In 2014, the zoo published an amazing video showing Linda and Dusya grooming each other. To be honest, it’s among the cutest things we’ve ever seen. Of course, the video went viral almost immediately – it was obvious that people are touched by this unusual friendship. 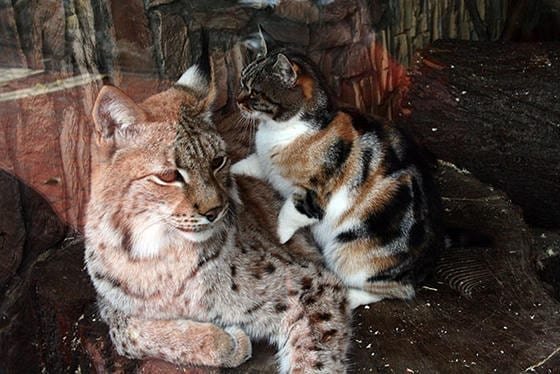