Cats are known to walk as light as a ninja. While we know they are clever and sneaky, it’s always loads of fun when you see a cat trying to sneak up to anything. In this viral video, it’s trying to steal fresh fish from an angler’s bucket in a sly way we haven’t seen before.

The cat is seen sneaking its way to the bucket to steal the fish the angler has earned with hard work. Why do it yourself when others can do it for you? The ginger kitty is cleverly walking to the bucket without the fisherman suspecting anything. While he’s occupied with catching more fish, the cat can be seen selecting food from the ‘menu’. 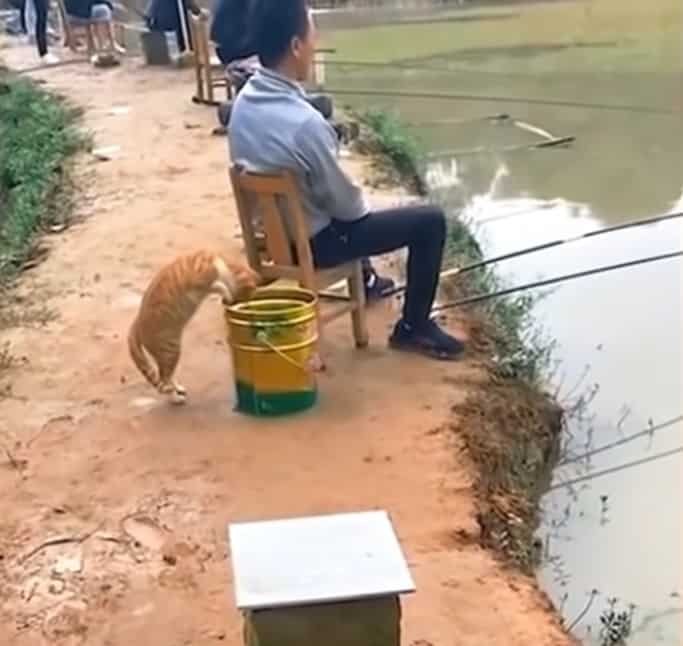 It was obviously hungry, and it was ready to do anything to fight the hunger. The good news is that it found fresh food in the bucket while cleverly escaping the fisherman’s anger. 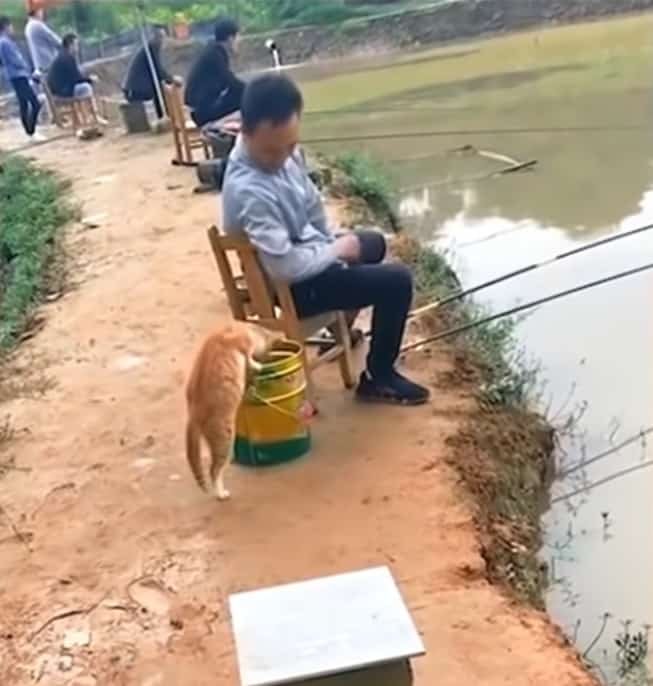 It was eventually caught, but the angler was too late. He didn’t mind at all. After all, such a clever and sly act should be rewarded.