Cats love to get in car engines or on tires, especially when it gets colder. Many of them are killed this way after inconspicuous owners start their engines and it’s too late. Sometimes, however, kitties survive miraculously, and that was the case with Tom Jones of Leeds.

The poor kitty got into a car engine and managed to survive unscathed a four-hour journey. Well, it was covered in oil, but that’s not a particular injury.

A moggy named Tom Jones (yes, after the singer) traveled from South Wales to West Yorkshire stuck in a car engine. The driver thought he heard strange noises coming from inside but couldn’t even think of the reason. When he finished his four-hour journey he popped up the hood and was shocked to find an oil-covered cat there.

He immediately called the RSPCA who got to the scene pretty fast. They got the kitty out, cleaned it, and checked for injuries. Remarkably, there weren’t any. It was very lucky to not be burned or injury, so we can safely say that it’s used one of his nine lives on the trip. 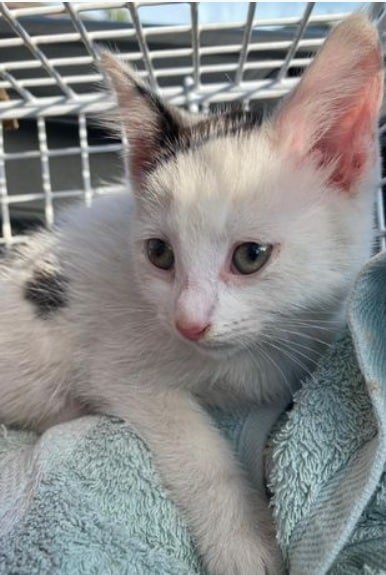 One of the RSPCA workers took it home for a few days and says that it’s recovering pretty well. As soon as it does, it will be put up for adoption. Until anyone recognizes it – in that case they should contact the RSPCA to get the lucky kitty back.