A cat owner was left absolutely distraught after seeing a Snapchat video of her cat being kicked down the street. Owner Julie Gilchrist, who is 45, of Dinnington, South Yorkshire, couldn’t believe that the footage of her abused cat was circulating on the social media app.

In the video clip, Bella, age six, can be seen heartlessly booted in the air by a passerby and was later found cowering in a bush nearby. Just a few hours after the incident, the video was being widely shared by Snapchat users and made it’s way to her daughter’s friend. 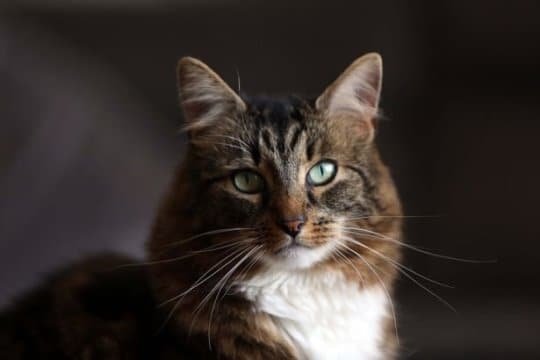 Julie now claims she knows exactly who the people involved are and intends to take it further, adding: ‘I’m not just going to let this lie.’ The full-time mother-of-two stated: ‘The video was posted on social media and it ended up being forwarded to my best friend’s daughter and they made me aware of it.

‘I was just horrified, I’m still absolutely distraught.’ After seeing the video, the owner went out to look for Bella and found her curled up in a bush not far from where the incident happened.

‘She was so frightened she tried to bite my husband when he picked her up,’ Julie further explained.

‘We got her home and she’s sleeping but you can tell she’s incredibly shaken up.’ 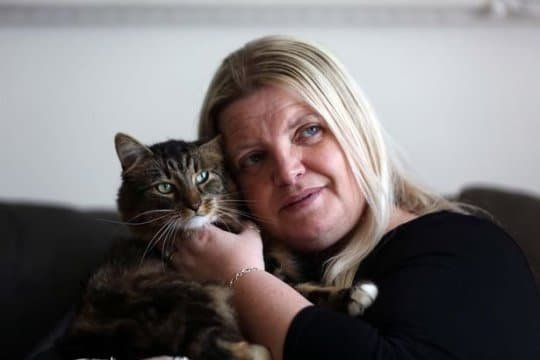 Now Julie hopes to raise awareness about the dangers of animal violence being shared online. In August 2018, the Government did actually toughen laws on animal cruelty. Under the new framework, the maximum sentence for offenders who ‘commit the most heinous crimes’ will increase from six months to five years.

Julie went on to add that Bella is a good-natured cat who would go up to anyone in the street for attention. The mother stated: ‘She’s a really lovely cat and is very trusting of people, especially kids – all my children and grandchildren absolute love her.

‘She’s happy just walking alongside people in the street and being stroked and you can see in the video that she didn’t run away. These people have taken advantage that and hurt her for no reason.’