Missy and Zipper are two cats keeping one elderly woman company for more than 15 years. She took the Birman cats in when they were tiny kittens and loves them more than anything in the world. Things have been going great for 15 years until the woman fell sick and couldn’t care for her pets anymore. She was about to enter a nursing home when she suffered a shock – she wasn’t allowed to take her cats in! 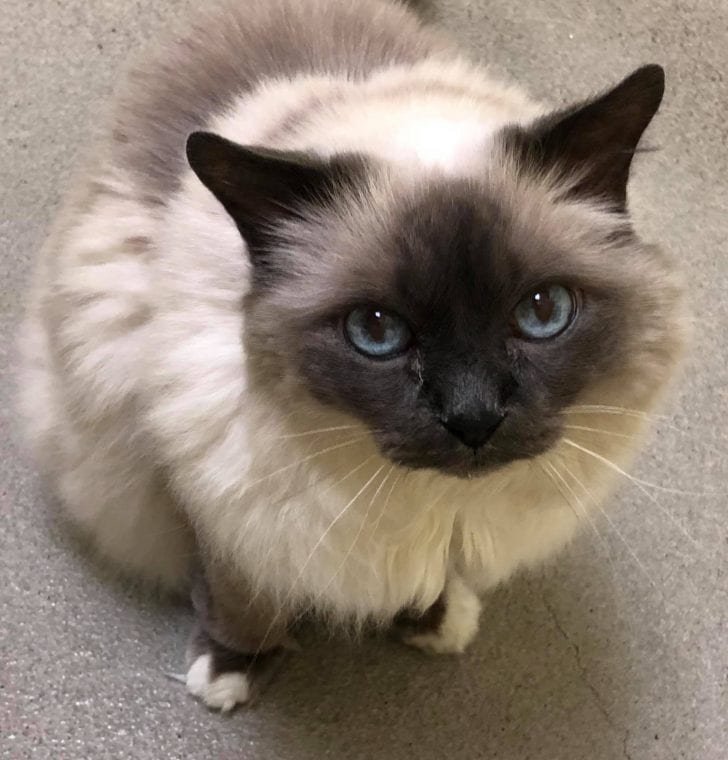 Heartbroken, the woman started calling family members and begging them to take Zipper and Missy in. However, no one was able to take them, so she called a shelter in Virginia. When the cats were taken in by the staff, they found a note which broke their hearts. 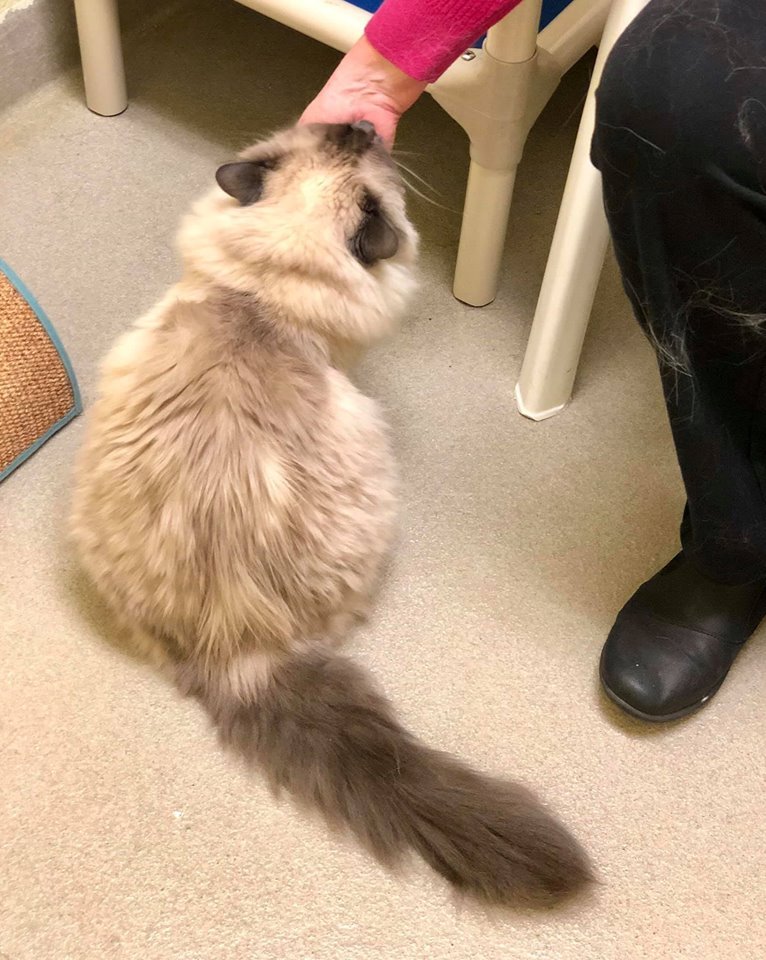 The note talked about their favorite foods and treats. It was obvious they were taken care of well. For example, the woman treated the cats to a few fingerfuls of Cool-Whip of her fingers every night. She suggested four fingerfuls for Missy and five for Zipper. The staff at the shelter were touched by the woman and put the cats together. They gave them all the love and affection possible, but they didn’t settle in as the staff hoped. Zipper was fine, but Missy was rather anxious. It was obvious that she was missing her mom. 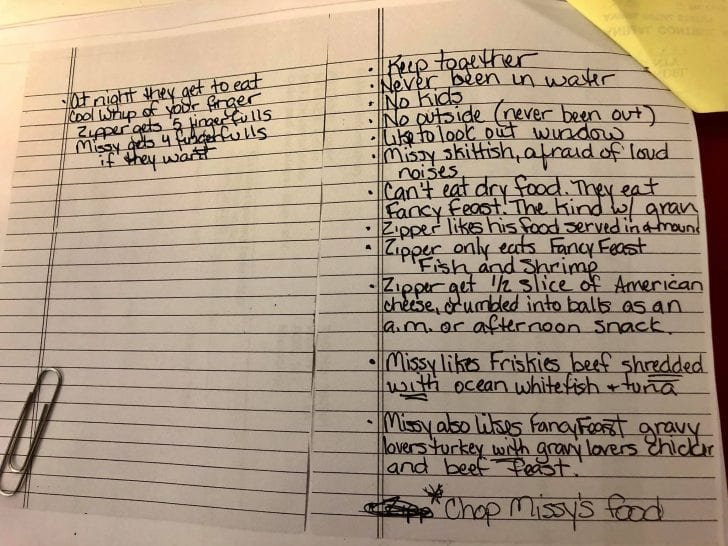 Now, putting two 16-year old cats for adoption along with the fact that they must go together is a pretty tough sell. Fortunately, AACAC’s post on Facebook reached out to millions, going viral hours after being posted. It didn’t take longer than that for the two cats to find a new forever home. A woman from Oregon saw the pics and story and forwarded it to her parents who took Missy and Zipper in. The couple didn’t have other pets or kids at home and were living nearby, eliminating the trauma from long-distance travel for both cats. 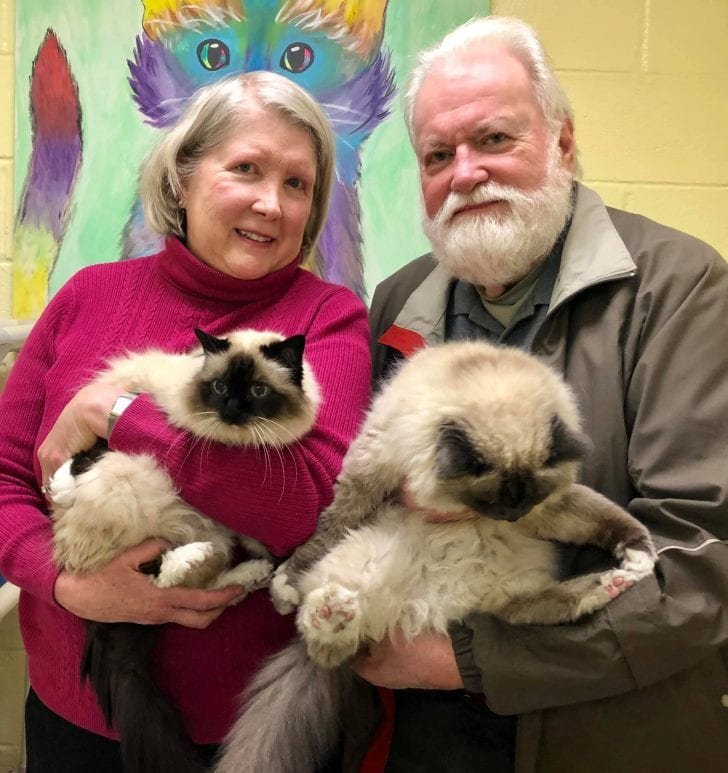 They took Missy and Zipper immediately and the cats were happy for their new owners. After this was posted online, hundreds of people went to the AACAC looking for pets to adopt. As a result, many cats and dogs found their new forever home, including a pair of 14-year old brothers. 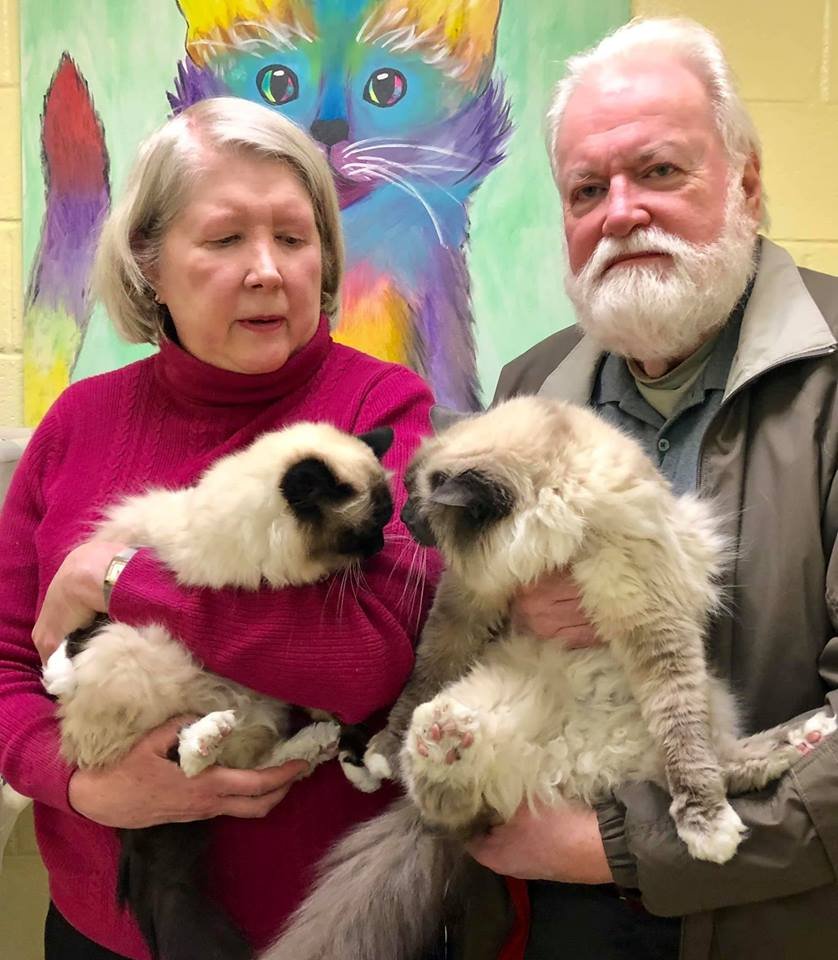 Missy and Zipper are doing fine right now, enjoying life with their new humans and we couldn’t be happier about it.