This hero cat, whose name is “Herbie” was adopted by Janine DeMartini from the pet shelter where Janine has worked previously. Herbie is so extremely gentle and friendly that Janine and both of her children do love him a lot. Unlike most other cats, Herbie is not fancy making noise. Except for once. 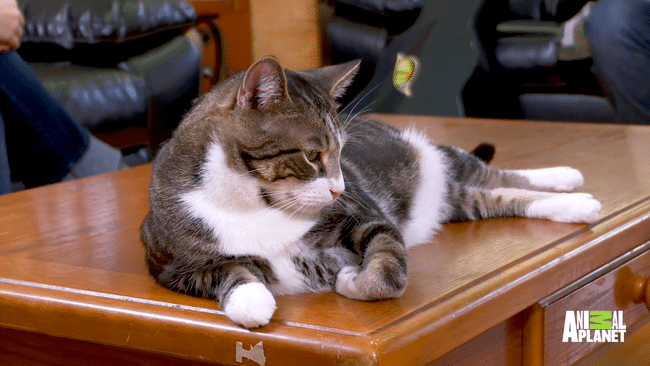 That was back on July 2014 when Janine’s second kid – Isabella – was just an infant. Janine was up all night and almost fell asleep but Herbie started acting oddly. He then jumped onto her bed and began meowing loudly. He darted toward the door and kept on with all the distressful meowing! 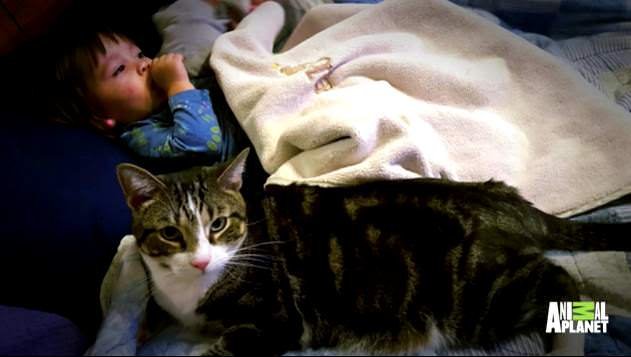 Janine remembers, “I was so tired and I was like, all right, he’s just being a cat”, however, she knew that it wasn’t Herbie’s usual personality and that there must be something wrong. Janine followed Herbie and he led her to Isabella’s room. After opening the door, she faced a truly terrifying sight: Isabella’s face was covered by the blanket and she was making “smothering noise” as if she wasn’t able to breathe. Herbie immediately jumped onto the crib and was pawing at the blanket to try and pull it off her face. 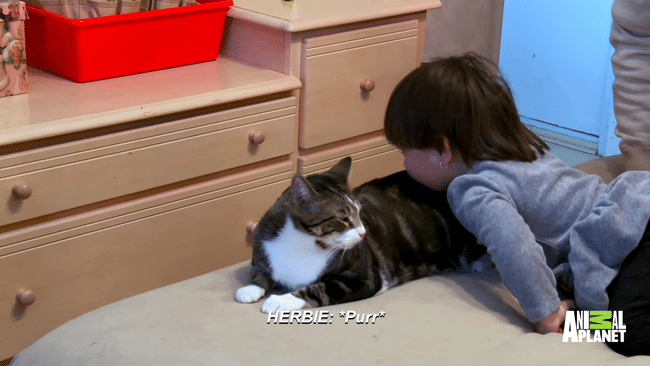 Ironically, Janine is a social worker who has actually written various papers about the benefits of animal-assisted therapy, and following this incident, she realize that her decision to save Herbie from euthanasia was one of the best decisions in her life.